Yemen: No Woman Will Travel Alone 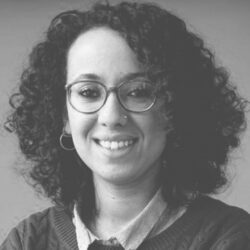 Women being required to have a male guardian in order to travel was thought to be something that would never happen in Yemen. It was something that Yemeni women would only see from afar in neighboring Saudi Arabia. Yet today, as male guardianship has come to an end in Saudi Arabia, the Houthi movement in Yemen has imposed exactly that on women living in areas under their control.

A few months ago, the Houthi Movement issued an order addressing transport companies, as well as the Sana’a International Airport to ban any woman from traveling unless she is accompanied by a male guardian (mahram) for the duration of the trip, whether inside Yemen or abroad.

This new restriction on women has been in the making for quite a while. Daraj was in fact one of the first publications reporting on the issue in early 2019.

“The mahram requirement, which is not part of Yemeni law, is being enforced by the Houthis through verbal directives,” stated Amnesty International (AI)Nin a press release on September 1. “Since April, the Houthi de facto authorities have increasingly insisted on the mahram requirement to restrict the movement of women across areas they control in northern Yemen, including Saada, Dhamar, Hodeidah and Hajjah governorates, and Sanaa.”

AI said the restrictive rule was a form of “gender-based discrimination” and called upon the Houthi authorities to end the mahram requirement, and the international community to pressure them to do so.

Since then, earlier this month, Yemeni journalist Widad al-Badawi posted on her Facebook page that the guardianship rule had been changed. Instead of physically bringing a male guardian with them, women are permitted to travel, but need a written approval note – paperwork that still represents a grueling and discriminative process.

Recently, I took part in a closed virtual meeting with women’s rights advocates, both based in Yemen and in the diaspora. The women inside the country spoke about the humiliating treatment women face at security checkpoints, and being deprived of their freedom of movement.

One woman, who asked to remain anonymous for her own safety, said that in some towns under Houthi control, women are even banned from walking down the streets without a mahram. In the city of Hajjah even women going to the hospital were asked to bring a mahram.

During the online meeting one female lawyer told us about a woman who had been detained by the Houthis for three days for attempting to travel without a mahram.

Under Houthi rule, there have been unprecedented violations of women’s rights. Having worked in the field of human rights for some 15 years,  I have never come across such horrific cases, varying from violent crackdowns on protests to detention, torture and sexual violence while in detention

The United Nations’ Group of Eminent Experts on Yemen in 2020 identified “a Houthi network involved in the repression of women who oppose the Houthis, including through the use of sexual violence.”

Due to the report, according to the UN, the Houthis one year later refused a senior UN official entry to Sana’a.

The internationally recognized Yemeni government’s forces and armed groups operating outside government control also stand accused of human rights violations and abuse against women, according to the SAM Organization for Rights and Liberties.

In the eyes of Houthis, women’s visibility by default represents a threat to the movement. Women are a threat, especially when they are educated and have access to the international community.

While there are no reliable statistics regarding female participation in the labor market, women have increasingly joined the workforce in recent years. They have even started to take jobs that used to be reserved for men. It is widely believed that years of armed conflict has led to a relative increase in women’s employment.

Houthi men, as so many other men in Yemen, fear women’s excellence. Women who work hard and excel remind men of their failures. The Houthis’ marginalization and persecution of women is a clear demonstration of the deep misogyny ruling Yemen.

In the absence of any leverage from the internationally recognized government of Yemen over the Houthi Movement, women under its control’s only option is to plea with the international community, which includes western diplomats and human rights organizations, to put pressure on the Houthi armed group to end the mahram rule.

Most urgently, the UN Special envoy to Yemen, Hans Grundberg, and the US Special envoy for Yemen, Tim Lenderking, have a moral obligation to pressure the Houthis. Grundberg must brief the UN Security Council as soon as possible.

The wider the circle of condemnation, the greater the pressure on the Houthi movement.