During Corona, Gaza is the Safest in the World! 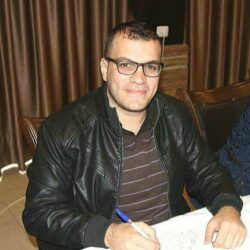 “It seems that the curse of the embargo and isolation from the world during the past years has turned into a blessing; while the citizens of the world are banned from leaving their homes for fear of catching the virus that is spread in their country, and resorting to working from home, we are going out and having fun.”

In 2017, Robert Piper warned the United Nations Humanitarian Coordinator in the occupied Palestinian territories at the time that the Gaza Strip, which overlooks the Mediterranean Sea with a length of 40 kilometers, would be unfit for human life, due to the deteriorating living conditions, water pollution, frequent power outages, and shortages in medical supplies, and the lack of the basic necessities of life for the nearly two million people who live in the Strip.

By 2020, the situation has changed completely. With the Israeli embargo imposed on the population of the Strip since the summer of 2006, the restrictions imposed by the Egyptian authorities on the movement of individuals through the Rafah border crossing, as well as travelling abroad, it can be said that Gaza has become the safest area in the world, after the virus COVID 19 outbreak that has sparked global panic.

A Kuwaiti doctor appeared in a viral video clip on social media, describing Gaza as the safest location in the world, as it was devoid of “the novel Corona virus,” which had invaded the globe, perplexed the superpowers, and imposed a harsh siege on them, in addition to injuring and killing thousands.

While most of the citizens of the world are living under siege, deprived of leaving their homes or going to work, for fear of getting infected with Corona, the residents of the Gaza strip’s lives are ongoing like they normally would. They have been taking advantage of the emergency school closure declared by President Mahmoud Abbas to avoid the spread of the Coronavirus, for 30 days, to spend their time in public parks and recreational places, instead of staying home.

Abu-Muhammad is the father of 4 children. He is taking advantage of the schools being closed by visiting the Gaza seaport with his family, one of the recreational spots in the strip, in an effort to spend quality time with, and entertain his children.

“For 13 years we’ve been living in isolation from the world, unable to travel and move, so we there is no need for concern about a quarantine. This narrow region, whose inhabitants have long been suffering from the torment of siege, has now become one of the safest places in the world. It would be difficult for the virus which has spread around the world to invade us,” Abu-Muhammad tells Daraj.

“It seems that the curse of the embargo and isolation from the world during the past years has turned into a blessing,” he added. “While the citizens of the world are banned from leaving their homes for fear of catching the virus that is spread in their country, and resorting to working from home, we are going out and having fun.”

Abu-Muhammad saw that the absence of “Corona” in the Gaza Strip does not mean that people should not abide by the medical guidelines and instructions adhered in order to prevent infection. He sterilizes his home and clothes well, and avoids approaching people who show illness symptoms such as coughing and sneezing.

“Before Corona, the world sympathized with us, because we were trapped,” twenty-year-old Mohammed Saleh, a resident of Gaza City tells Daraj. “They provided us with financial and humanitarian aid. But today, after a large number of countries have become besieged due to the outbreak of the global corona epidemic, everyone now wishes they were living in the same besieged region that has been suffering for years.”

Rami al-Abadlah, the director of the Infection Control Department at the Palestinian Ministry of health, insists that until this moment there are no recorded COVID 19 cases in Gaza, due to the lack of tourism in the strip, and the lack of travelers as a result of the Israeli siege.

“The spread of the Corona epidemic, in the countries around the world, was due to the constant movement and contact of infected persons throughout airports,” He explains to Daraj. “Therefore, the absence of airports in Gaza, has led to the protection of its residents from the spread of the disease, leaving them completely free of it.”

Al-Abadlah clarifies that his ministry has made preparations to combat the risk of infection with the virus. People returning from outside the Strip are kept in compulsory quarantine for a period of 14 days, and contact with them is completely prohibited. Those who are suspected to be infected also undergo medical examinations, and hospitals, public and private places and mosques have all been sanitized.

The Ministry of Interior and National Security of the Hamas government has also prohibited individuals from travelling across the Gaza strip borders until further notice, except for emergency cases, in order to limit the spread of infection.

Despite the fact that the Gaza strip is free from the Corona virus, it was greatly affected by its spread in countries around the world, especially in China, as most of its residents rely mainly on Chinese products, because their prices are reasonable and within reach of the Gazan community, particularly toys, gifts, cosmetics, shoes, clothes, cell phones, electronics and other cheap Chinese products.

Muhammad Shamali, the owner of one of the electronic supplies stores in Gaza, was affected like many businessmen in the sector, by the ban of imports from China due to the large spread of the virus in the country.

“Since the end of January 2020, we haven’t received any shipments from China, and the warehouses have almost run out of products,” Shamali tells Daraj. “After we run out of this stock, we will not be about to supply them anymore, so we will have close our shops, or import more products from other countries, but at higher prices, which will not commensurate with the incomes of the residents of Gaza.”

As a result of the high rates of unemployment, and the lack of job opportunities in the sector, many young people turn to selling items in the markets and relying on Chinese products, but they were seriously affected by the ban of imports.

“I used to make a simple profit through which I could pay for personal expenses,” Ahmad Abdul-Al, who sells plastic children’s toys in a market in Gaza tells Daraj. “But after the cost increases, sales are not what they used to be, and the citizens are refusing to buy at these prices after having been used to lower ones.”

According to the young man, who is 25, if the Chinese import crisis persists, his only source of livelihood is under threat, due to the lack of demand for plastic toys and games. If the prices get any higher, he will soon be out of