The New Zealand Wolf… and Ours

Following the Christchurch attacks in New Zealand, carried out by Australian gunman Brenton Tarant (28-years-old) who shot dead 51 worshippers at two mosques, a question arose about the nature of this act of violence: did Tarant commit a premeditated act of terrorism, carefully plotted and funded? Or was it a hate crime, a result of a mental and psychological disorder that often goes hand in hand with a megalomaniacal nationalistic self?

Distinguishing between the two behaviors is akin to separating the perpetrator’s individual self from his collective consciousness. According to these divergent perspectives, there is a clear-cut distinction between a hate crime that is solely triggered by the attacker’s personal, sick motives on one hand, and an act of terror, motivated by sentiments of a collective nature, on the other.

It goes without saying that Brenton could not have committed manslaughter had he been psychologically stable. Two persons can harbor the same criminal thoughts, but only the mentally perturbed can actually execute the crime.  However, this level of emotional disturbance is not so uncommon anymore: we have become increasingly susceptible to it.

On its western front, ISIS has precisely been able to marshal the  tremendous psychological affliction of muslims into an evil destructive energy.

Most perpetrators of attacks on western cities have a record of mental instability.

Mohamed Lahouaeij-Bouhlel, who carried out the 2016 truck attack in Nice, France, had a history of troubling behavior of psychotic nature.

According to those who knew him, Omar Mateen, who killed 49 people in a mass shooting at a gay club in Orlando, was always aggrieved.

It is pointless to say that the killers’ psychological predicament divests their acts of a terrorist charge. For terrorism is precisely the exploitation of the recruit’s personal plight for the sake of executing an enormous crime that ends up carrying, however, no trace of the killer’s own imprint.

ISIS in the West has thrived on modernization-related grievances: lack of education, unemployment, family disunity, and discrimination. True, these issues have nothing to do with Islam. But, apart from being the main inspiration behind the attacks, Islam also provides a connective tissue between crimes and social ills, which makes the latter an equal culprit.

Is it then possible, after Brenton Tarrant’s crime in New Zealand, to speak of a terrorism culture in the West? Is there now a political vessel that contains and feeds on cultural, mental and psychological alienation to further its agenda? The major political transformations in the west, which see the ever-growing right-wing movement turn into a populist, parliamentary, partisan and even cultural force, provide a new backdrop for the debate over the terrorist nature of the Christchurch attack.

A parallel model of ISIS is indeed looming large over the West. As an alternative for Islam, the alienated outsiders can find inspiration in the continual rise of chauvinism, xenophobia, hate, and identitarian fears. The West has a horrific past with these sentiments, of which anti-semitism is not the latest form.  And today, those creeds find a breeding ground of new factors for them to proliferate even more.

Many of the crimes perpetrated in the West in the name of ISIS have not actually been claimed by the terrorist organization.

It is no more possible to clear of terrorism charges the crimes committed in New Zealand, and in Hamburg before that. No more feasible to call acts of violence against refugees mere “hate crimes.”

What is really emerging here is a large-scale crime, systematically repeated over and over again, with a far-right political rhetoric as its backbone, coupled with a framework of elected, dominating political parties, endowing it with mission and purpose. The New Zealand killer’s so-called “manifesto” is a testament to the convergence of his ideas with those of Western parliaments’ leading parties and figures.

That the Australian killer is an admirer of Donald Trump is not insignificant. And Trump is not alone. The west is teeming with Trumpists. Populist trends have prevailed in the Italian elections. The same occurred in Hungary, Austria, Brazil and other countries.

Russia, on the other hand, is playing a more crafty game. On the outside, it is keeping up the so-called “war of values”, in which Moscow was a constant loser back when the West was not gripped by its current fears. But underneath, investigations have revealed Moscow supports, finances and provides media and cultural platforms for the rising Western populist trends. Putin’s Russia wills this ugly face for its rival, and seeks, with all its cunning power, to use it to its advantage.

Stating that the killer of worshippers in New Zealand and an Isis lone-wolf are two sides of the same coin may sound too easy. But the resemblance is real. Both crimes are by-products of the selfsame cultural and political conditions. In Nice, a loner’s alienation led to a crime under the name of the “Caliphate State”. While in New Zealand, a far-right loner’s islamophobia and fear of immigrants, led to another crime, accompanied by a manifesto, written by an admirer of Donald Trump. 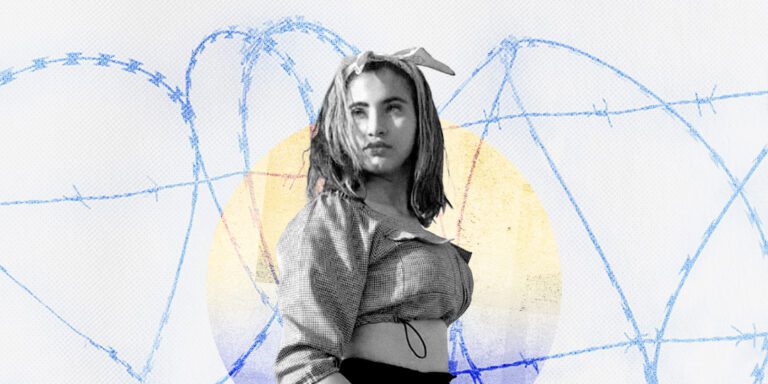