Tunisian Women in Quarantine: “Coronavirus” Placed Us Face to Face With Our Tormentors! 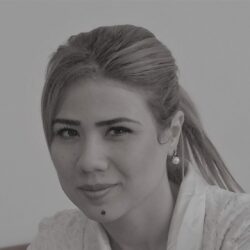 “Whenever I remember how negative the police officer’s attitude was, I laugh and cry at the same time. As I told him that my husband had kicked me out of the house, his response was to tell me to go back home, because the ‘Coronavirus’ is everywhere! Is there a coronavirus more dangerous to my health than being beaten and deprived of my child without any valid reason or right?!”

“I told the police officer that my husband beat me, kicked me out of the house and took my child away. The officer replied with an infuriating calmness, saying: Where is the problem? Is your son with a stranger? Isn’t he with his father? Go back home right away! We are now in a curfew!”

With these words Ibtisam (26) recounts what happened to her when she quarreled with her husband for a “trivial” reason, as per her story. He beat her and forced her out of her home at eleven o’clock at night in the southern suburbs of the Tunisian capital.

Ibtisam is not the only one who was forced, during the quarantine, to reside 24 hours a day with her tormentor. Perhaps the most critical problem that women complained of, when speaking to ‘Daraj’, was that their complaints aren’t taken seriously at police stations, nor were they recorded, in the first place.

The Minister of Women, Family, Childhood and the Elderly, Asma al-Suhairi, recently alerted the media about the increasing levels of violence against women during the quarantine. Ms. al-Suhairi confirmed that the number of reports of cases of ‘violence against women’ increased five times more than what they used to be during the same period of time in 2019. She referred to receiving only seven notifications between the 23rd and 24th of March in 2019 compared to 39 notifications from the same period in 2020.

Cases of violence are reported via the Ministry’s free hotline number (1899), designated for domestic abuse victims, as part of an awareness campaign launched in cooperation with its partners, including associations active in defending women’s rights, under the title “You Are Not Alone.” This hotline will be supported by the opening of a temporary accommodation center to house abused women in quarantine, if they―along with their children―need it, as per what Ms. Kennou explained to ‘Daraj’.

The center includes 10 residential units to receive new arrivals of women who are victims of violence who do not have housing, who will be quarantined for 14 days and isolated in a separate residential unit as a  precautionary measure to assure their protection from the new ‘Coronavirus’, provided that they will be allocated, in a second stage, to other accommodation centers. The center is supervised by the Ministry of Women, Family, Childhood and the Elderly along with the “Tunisian Women for Research and Development” association, which plays a significant role in conducting work during the quarantine period, thanks to its volunteers.

“Whenever I remember how negative the police officer’s attitude was, I laugh and cry at the same time. As I told him that my husband had kicked me out of the house, his response was to tell me to go back home, because the ‘Coronavirus’ is everywhere! Is there a coronavirus more dangerous to my health than being beaten and deprived of my child without any valid reason or right?!”

Ibtisam has been married for 2 years. She confirms that this is the third time that she has been subjected to domestic violence, but this time she decided to get a divorce, after her husband assured her that he did desire her, and expelled her out of the house by force, also forcefully depriving her of her son. “What hurt me the most is that my son is now living with my mother in law, who lives far from our home. So his father preferred to leave our son with his grandmother rather than with me or with him in the same house ! Even when I went to the police station to get my son back, the policeman didn’t register my complaint, kicked me out, and mocked me!”

Chapter 10 of Law no. 58, for the year 2017, dated 11th August, 2017, related to eliminating violence against women, stipulates that the ministries of Justice and Interior are responsible for developing integrated programs to combat violence against women, within the educational and training programs in the institutions related to them, in order to develop means for dealing with domestic violence complaints and trials. However, the application of these measures is still far removed from their legislation, as Judge Kulthum Kenu assures Daraj that “what happened with Ibtisam is a clear violation of the law, and that the police assistant should have taken her statement and filed a complaint against the husband.” She added that she can legally pursue the case, as the policeman had neglected his duty in this regard. Chapter 24 of the aforementioned law of “Eliminating violence against women” states that a special unit should be established to investigate the cases of violence against women, and that it should include women among its members, in every national security zone, national guard zone, and every state, where there should be a numbered register for such cases.

Chapter 25 of the same law also compels the special unit officers to head directly to the place where the crime of violence against women had happened, as soon as they receive a notice of the case, after notifying the Procurator of the Republic.   The police assistant of the unit specialized in investigating crimes of violence against women shall be sentenced to prison for one to six months, in case he was found guilty of pressuring the victim, or forcing her in any way, to forsake her rights, change her statement, or withdraw her complaint.   Layla, (pseudonym), 32 years old, has been married for a year. She, too, was forced to leave her home, after her husband beat her. “I left him the house because I’m fed up and tired,” she said.

She preferred to stay with one of her friends temporarily, for fear of being reprimanded by him for her actions.

“This is the second time he beats me during quarantine,” she added, “I didn’t do anything, I was just on Facebook, browsing the news and following up with my on-line work group remotely.”

“But he quickly raised his hand to beat me, and cursed me with the most terrible curse words. He feels suspicious towards anything I do, and accuses me of cheating on him”.

Perhaps Layla did not follow Ibtisam’s footsteps for fear of the scandal, and did not even tell her family about what had happened to her. They also do not know she is staying with her friend. She was afraid of filing a judicial complaint against her husband, because he was implicated in previous cases of bounced checks.

“I’m living a humilitating life,” she added, “I cannot move one step forward. Now he’s trying to please me and calls me to go back to him, but I’m tired, and I expect more violence from him, and I don’t know what to do. His doubts in me will destroy us and destroy our marriage! I haven’t filed a complaint against him, fearing he would be sent to prison, but he didn’t appreciate any of this, and continues to humiliate me”.

The increase in the number of domestic violence victims in Tunisia during quarantine, according to the statistics of the Ministry of Women, Family, Childhood and the Elderly and its partners, may just be the tip of the hidden iceberg, as the number seems to be much higher but many women are unable to complain or declare what is happening to them. It is worth noting that the Tunisian Ministry of Justice registered about 40,000 complaints, filed by women who were victims of violence in 2019, according to the law no. 58 on elimination of violence against women.

It is a law of great importance, the day of its issuance considered by tens of female deputies in the Parliament as a historical achievement for Tunisian women. But the burning question, repeated in many minds is this: Is the executive branch with its institutions today supporting the legislature in its efforts to eliminate violence against women, or will the related laws remain in this regard, merely ink on paper?