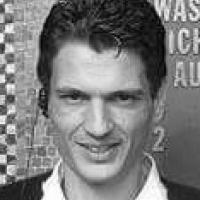 The spoiled fuel scandal is a result of the commercial practices of the “Sonatrach” executives in collusion with Lebanese merchants, both of which were condoned by the relevant authorities in both Algeria and Lebanon.

The Public Prosecution in Mount Lebanon has triggered a heavy-caliber scandal, by arresting two dealers who were supposed to supply the Lebanese Electricity Company with Algerian fuel used in generating electricity. The Lebanese National News Agency announced that the attorney-general of Mount Lebanon, Ghada Aoun, issued arrest warrants against 17 people working in the fuel sector because of import irregularities. The Public Prosecution Office began investigating them to the backdrop of the ongoing debate, in Lebanon, over spoiled fuel bought by the electricity company from the Algerian oil company, Sonatrach, which ranked thirteenth in the ranking of oil companies in the world.

The response of Sonatrach’s representative in Lebanon, Tarek Fawal, was quick, as he declared the company’s willingness to cooperate with the Ministry of Energy to resolve the issues related to what he called “the lack of conformity of the last shipment of fuel to the specifications”, noting that this shipment―estimated at 38,000 tons―was examined by three different international offices who confirmed that it in fact met the specifications stipulated in the contract. Moreover, he denied any relationship with the ZR Energy trading company. It is noteworthy that Mr. Fawal is not authorized to sign the company’s contracts, and he assured the Lebanese judiciary that he is merely a representative of “Sonatrach” in the negotiation processes, and not in concluding contracts. The Lebanease newspaper, Al-Akhbar, published a tweet by the Former Energy Minister, Nada Boustani, in which she spoke of ministerial reports confirming the poor quality of fuel and demanding to go on with punitive measures against the suppliers.

The Lebanese judiciary expanded investigation into the fuel import file, and considered that the Algerian company charges commissions just because it is a front for the actual fuel supplier. There seems to be a tendency to prosecute managers and employees of the Lebanese Al-Zahrani Electricity Company as accomplices and facilitators of these operations; and while ZR Energy’s owners are being interrogated, the investigations will expand to reach the date of signing the contract with the Algerian company in 2005. It’s worth mentioning that influential Lebanese politicians, from both ends, support these companies and compete to impose them as fuel importers. Furthermore, in this context, the Lebanese judiciary’s decision to seize this file can be explained long after companies have been getting commissions on the import of fuel. The judiciary’s opening of this file occured to the beat of a political debate that the judiciary does not seem to be far from, especially as opening such a file occurred according to a report presented by the leader in the the Aounist party, lawyer Wadih Akl, and investigations were conducted by Judge Ghada Aoun. This raised many questions about the timing, and the reasons for neglecting it all these past years.

In view of the foregoing debate, we’re forced to return to the commercial relationship between Sonatrach and the Lebanese Ministry of Energy, and the pressure exercised by former Sonatrach CEO, Abdelmoumen Ould Kaddour, to adopt ZR Energy trading company as a second intermediary besides Baha Bassatne, as a supplier in the Algerian company’s name; the thing that occurred a year and a half before opening the file.

Sonatrach started supplying fuel to Lebanon in 2005. The deal between the Lebanese and Algerian governments was to provide the Lebanese market mainly with heavy fuel oil to meet the needs of power plants, a fuel that Algeria does not produce in sufficient quantities, as the Algerian oil “Saharan Blend” is known for being a light crude type. The managing team of Sonatrach, at that time, instructed Sonatrach Petroleum Corporation (London branch) to carry out the deal.The deal that was negotiated then created the branch of Sonatrach in London, a front for a Lebanese trader named Baha Bassatne, whose company (BB Energy) had been receiving a lion’s share of the profit margin obtained from these triangular business processes.

From Baha Bassatne to Ould Kaddour

Sonatrach signed the contract while Ali ibn-Buzeid was the manager of the London branch, and Muhammad Shawki Rahhal was the marketing manager, who had been accused in the first Sonatrach lawsuit. However, the criminal court announced his innocence to the Algeria Judicial Council, which was concerned with the ongoing investigations in the second Sonatrach case. The contract may be summarized as follows: Sonatrach will give its name to the shipments of Baha Bassatne, who buys fuel from the Swiss company Vitol, for 3.5 dollars per metric ton, while he makes 25 dollars as profit in his deals with the end customer in Lebanon.

The justification of the Sonatrach executives for adopting this type of contract (Fronting), which is renewed every three years, was the position of the intermediary in the Lebanese market, in addition to his taking all the risks related to the deals. They also considered that the profit margin of the company (3.5 USD) was fair, as the company is not charged with any liabilities. Baha Bassatne remained the sole Sonatrach broker until Abdelmoumen Ould Kaddour was appointed general manager of the company and imposed another intermediary.

It is worth noting here that Daraj previously investigated suspicious money transactions through Lebanese banks, for Nassim Ould Kaddour, the son of Abdelmoumen Ould Kaddour, based on Panama Papers (First National Bank and Société générale de banque au Liban). It is also worth noting that Abdelmoumen Ould Kaddour used to be the manager of a Sonatrach branch at the beginning of the millennium before he was imprisoned on account of leaking information classified as “military secrets”. The branch he was managing, which was a subject for the report of the General Inspectorate of Finance, was dissolved. The inspectorate registered many irregularities and estimated that this branch’s deals with the parent company, Sonatrach, and the ministry of defence involved inflated bills.

Lebanese judicial sources told “Daraj” that “the investigation will not be limited to the technical specifications of fuel, but will also include the commissions Sonatrach is making.

After the return of Ould Kaddour to Sonatrach as its general manager in April 2017, it was not long before he imposed yet another intermediary besides Baha Bassatne. After Rafik Damak was appointed by Ould Kaddour as the manager of the London branch in October 2017, the latter was able to remove many of the company’s traditional clients out of the way. At the time of renewal of the contracts related to supplying the Lebanese market in December 2018, ZR Energy, owned by Teddy and Rimon Rahma, took a share of it for 3.75 USD/metric ton for Sonatrach, the thing which Tarek Fawal insisted on denying in his interview to the Lebanese newspaper al-Akhbar.

The London branch of the Algerian Sonatrach published a statement through the Algerian News Agency, saying that whoever was presented by the media as an employee of Sonatrach is not, in fact, an employee in the company, but “an independent marine agent who monitors shipments in Lebanon for the benefit of the company’s branch in London.” The Algerian company tried to imply that the issue is limited to the technical specifications of the fuel. Their statement mentioned that it was all about “a dispute with their client in Lebanon, the Ministry of Energy and Water, around a defect in a shipment that was directed to a company under its supervision, which is EDL, a Lebanese power company.” The statement added that the London branch is trying to sort out the problem with the client through continuous discussion, and that it will soon be solved, as the relationship between Sonatrach and the Lebanese Ministry of Energy and Water is excellent. Lebanese judicial sources told “Daraj” that “the investigation will not be limited to the technical specifications of fuel, but will also include the commissions Sonatrach is making.