Egypt: “Thugs” Will Not Scare Laila Soueif Nor Her Children 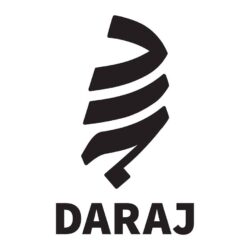 “We will go on.” That’s how Sanaa Seif concluded the description of the abuse they were subjected to. This case reminds us of the countless stances of this loud-voiced family in defending their rights.

“A petite woman, whose steps you’ll find difficult to keep up with, destroys the fence separating the university from the public. You may think she is up on top of her academic highground, but you see her in the streets, amid a great struggle for liberation…” That’s how the poet Mourid Barghouti described his late wife, writer and novelist Radwa Ashour. His poetry also describes another woman who may belong to the same generation of Radwa Ashour, cares for the same issues, and is also a university professor of mathematics: The Egyptian activist Laila Soueif, mother of Alaa Abdel Fattah, Egypt’s most famous political prisoner.

Laila Soueif got used to sitting on Cairo’s sidewalks, knowing that taking over only one meter of the public space may be enough to create the required impact. She resists and struggles to face a security authority that attempts to block all the internal outlets and gaps to silence dissenting voices. Amid all the noise and media propaganda that’s aimed at whitewashing a regime that has arrested up to 60,000 citizens, according to a Human Rights Watch report, Laila creates the desired impact so that others can achieve their rights, even if it will take long time, or, as she says: “These are our rights and we must claim them.”

Before May, Laila Soueif occupied a square meter on the sidewalk in front of the Tora prison where her son, activist Alaa Abdel Fattah is detained. He had been on hunger strike since April 12 until late May, protesting against his continued illegal detention and the prevention from communicating with his family, in addition to the inhumane prison conditions, which his family described as “the worst of all when compared to his previous detention since 2006.”

For more than a month, Laila Soueif has been claiming her right to deliver protection gear against COVID-19 to her son, given the negligence of the prisoners’ conditions, and the possibility of getting infected with Coronavirus. She did not chant or carry a sign signifying protest, as she may be imprisoned under the Prevention of Demonstration Law. She just sat there embracing her handbag that contained the disinfectants and masks needed to protect her son from Coronavirus, as if she was embracing her son and all the Egyptians’ children who are imprisoned without any legal procedure.

After she was subjected to intransigence and threats of arrest and assault and after sleeping in the darkness of the night on the sidewalk, Laila Soueif succeeded in delivering some of the supplies to her son. However, nothing further has been heard from Alaa Abdel Fattah and the Egyptian prisoners after their visits were cancelled. Laila then asked for a letter from her son to make sure his health conditions are okay, but she and her daughters, Sanaa Seif and Mona Seif, were beaten and dragged by hired thugs to prevent them from standing in front of the prison holding the sign “I want a letter.”

Three women, among the most prominent faces of the January 25 Revolution, were humiliated. Mona Seif’s clothes were torn, while the youngest daughter, Sanaa Seif, was subjected to the most violent beating, as her body was covered in red and blue bruises as a result of severe beating with heavy sticks. “They sent us thugs to beat us in front of the prison doors, the soldiers and the officers were standing there and watching.”

Three women among the most prominent faces of the January 25 Revolution were humiliated. Mona Seif’s clothes were torn, while the youngest daughter, Sanaa Seif, was subjected to the most violent beating, as her body was all covered in red and blue bruises as a result of the severe beating with heavy sticks. “They urged thugs to beat us in front of the prison door, the soldiers and the officers were standing there and watching. One informant commented by saying, “Take them away, don’t beat them here”. We’re all fine, we returned home, but my cell phone and my mother’s cell phone were stolen, so don’t call us. I also need to get checked by a doctor, as they beat me on my head severely with sticks and my eyes were swollen, but then later we’ll go on.”

“We’ll go on”, that’s how Sanaa Seif concluded the description of the abuse they were subjected to. This line reminds us of the countless stances of this loud-voiced family in defending their rights. Later, security officers arrested Sanaa while she was trying to file a complaint about the attack.

Laila Soueif, “the mother”, has protested on more than one sidewalk during her life. It all started when she was a university student at the Faculty of Science, in Cairo University, where she used to protest in front of the office of the Dean of the College, clinging to her student rights. She used to sit down at his doorstep, surrounded by her books, and not move unless he gave up his obstinacy and started to implement her claims. Her marriage to Ahmed Seif al-Islam, the human rights lawyer, resembled a partnership in defending people’s rights, from the stairs of the Journalists Syndicate, in Cairo University, and the High Court of Justice. Maybe the sidewalks’ size was never wide enough for Laila to declare her claims freely until the January 25 revolution, when the sidewalk turned into a whole square filled with demonstrations and protestors.

During the January 25 revolution, Laila’s children, Mona, Sanaa, and Alaa, were among the prominent “white lilies” of the revolution. Her daughter, Mona Seif with others, founded the group “No to Military Trials for Civilians” after the break-up of the sit-in of the Tahrir square on March 9, 2011. This group has been working for years, until today to fight the prosecuting of civilians according to the rulings of the military judiciary, to stop all forms of torture of the detainees in Egypt, and to investigatie all the violations of the army while in power. This group acted like a thorn in the side of the Military Council and several presidents who took power after the revolution, such as Adly Mansour, Mohamed Morsi, and Abdel Fattah al-Sisi. The group has managed on more than one occasion to salvage activists from the grip of the military judiciary. The “No to the Military Trials for Civilians” stickers with their yellow and black colors used to adorn the back of our laptops, but today, those are enough for the laptop and his owner to be arrested. Now we look at these posters nostalgically, as one of the tokens of an era when our voices were louder.

As for the youngest daughter, Sanaa Seif, she was imprisoned for two years following her arrest in 2014 for protesting against the Protest Law, after an Egyptian appeals court commuted the prison sentence imposed on 23 activists, including Sanaa Seif and Yara Sallam to two years instead of three years, in what was known in the media as “Al-Ethadia Case”.

Turning the conversation to Alaa Abdel Fattah, we will find it hard to count the number of his arrests. This young man, approaching his forties, had experienced prisons since his twenties. I will never forget his arrest in 2014, a year that was tragic for the family, the human rights community, the activists’ community and the opponents. During 2014, Alaa and his youngest sister, Sanaa, were arrested ,and their father died while two of his children were in jail. I still remember the scene of his funeral in the cemetery, where his body was waiting for his children to arrive from jail to bid him farewell under maximum-security. It was a really sad scene; sweat and tears were pouring from the mourners, while the children disguised their pain. I remember the words Ahmed Seif al-Islam said six months before he died, “I apologize to my son and to this generation. We dreamt and aspired to bring you a democratic society that preserves human dignity, unfortunately we have instead bequeathed you prison cells.”

Alaa was recently arrested on September 27, 2019 and was subjected to violence, threats and theft in the maximum-security Tora prison. That was just six months after his release after he completed five years of imprisonment for organizing a demonstration in 2013. He was arrested from outside the police station where he was forced to sleep every night, and transferred to the State Security prosecution where he was subjected to violence and intimidation. All of this was a part of a comprehensive campaign launched by the Egyptian government against the participants in the September 20 protests that took place against Egyptian president Abdel Fattah al-Sisi last year. More than 4,000 people were arrested at the time, including prominent activists, journalists, university professors and lawyers.

Alaa Abdel Fattah is still imprisoned without any trial, and instead of taking immediate measures to protect prisoners and release detainees pending investigation and political prisoners in light of the Coronavirus crisis, the Egyptian authorities have taken measures aimed at isolating prisoners from the outside world, canceling prison visits and communications between the prisoners and their families and lawyers and suspending all legal procedures.

Alaa’s family was unable to visit him or communicate with him despite the continuous requests and long waiting hours outside Tora prison, where Alaa is being held in his cell pending an investigation without the possibility to go out into the fresh air, perform any physical exercises, or obtain books and newspapers since the date of his arrest on 27 September 2019.

Alaa Abdel Fattah stated, in his hunger strike record, that “the family situation requires me to be beside my elderly mother and my son during these difficult circumstances related to the Coronavirus disease, instead of being here in prison based on inadequate investigations and fabricated inquiries in a case that everyone knows will not be referred in the first place. Accordingly, I call for my immediate release due to the fall of the detention order and the necessity of being with my family. I call for regular communication with my family so that I can make sure they are okay, and with the defense team so that I can consult them. Also, I call for the provision of information regarding the Coronavirus epidemic from the official sources including national newspapers and the radio.”

No one has officially replied to Alaa’s letter, but thugs have reached his mother on the sidewalk in front of his prison.