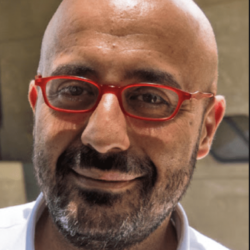 The Lebanese lifestyle is going to be moved to a whole new level that we have not witnessed for decades. Many purchases and services that the Lebanese are accustomed to will be a thing of the past …

When crises worsen, people tend to forget a lot. However not long ago, major political parties and mainstreams in Lebanon utilized an array of electoral slogans in their campaigns for the parliamentary elections of the spring of 2018. Most of the slogans were dedicated to highlighting the authority of those parties and currents, to promote their ideas to build a “strong Lebanon” or a “strong republic”, and to persuade the public that they can protect Lebanon through the efforts of the parties’ members, prayers, or spells. The ink of these slogans had barely dried when weakness, helplessness and gradual decline started to harm the country, along with its society, economy and state until the situation became catastrophic, in a way that was totally contradicting the promises made by the parties, political currents and their leaders. Lebanon is going straight towards the forefront of failed states, approaching collapse and disintegration. Neither these parties could protect Lebanon from breaking down nor could their power immunize it from this collapse. Even constitutional institutions are incapable of enacting these solutions. Furthermore, the possibility of seeking assistance or international aid from the International Monetary Fund or others, is facing a dead end.

The collapse of the value of the Lebanese Pound is only one of the manifestations of this fall, which will then take Lebanon to the stage of hyperinflation. The inflation rate at the moment is rising to 363%, placing Lebanon in the third rank globally, close to Zimbabwe and maybe even Venezuela, which occupies the first place, and surpassing Syria, Sudan and Iran. Hyperinflation occurs when prices rise more than 50% a month. The structural causes of the collapse of the Lebanese Pound and the occurrence of hyperinflation in Lebanon are the miserable economic state, the lack of efficient production, the abyssal gap in public finance covered for decades by borrowing (which is related to corruption and politicians seizing state resources) and the policy of the fixed rate of the Lebanese Pound for quarter of a century without acknowledging the cost of the annual inflation.Inflation rises significantly when the state uses the central bank to print Lebanese Pounds in large quantities to cover its needs such as salaries, wages and other expenses, without real productivity of the economy to support this large pumping of the national currency, as is happening now.

The value of the minimum wage has become around $ 85 a month, after it had been $450, if we calculate the exchange rate in the parallel market at 8,000 pounds per dollar, as was traded in the recent period. As for the “Standard annual salary” – an index of salaries and wages around the world, that is often used for comparison – it will decrease from $ 1,333 per month to $ 243 per month. The decline in the value of the “Standard salary” makes Lebanon lagging behind most of the countries in the region, with the exception of Iran and Syria, after it had been ahead of all of them in this ranking.

What Does This Mean?

It means that we are heading towards a new stage in the Lebanese lifestyle, one we have not witnessed in decades. Many purchases and services that the Lebanese are accustomed to will be a thing of the past, like buying the latest model of mobile phones, car maintenance, tourism travel, or utilizing house maintenance services. The changes will also include the types of food and their ingredients, in addition to the accessories that many Lebanese have been accustomed to showing off, adorned with their clothing. Perhaps some of these things can easily be dispensable, but the true disaster is the impact we will feel on three basic issues that have long been a target of most Lebanese families, especially the middle class, and generally considered a part of the path of social advancement: health, education, and housing. These are the three pillars of economic and social rights, but in Lebanon, a large part of each of these three sectors are privatized and controlled by for-profit institutions.

When it comes to education, around 70 percent of Lebanese students are in private schools, mostly in paid schools, with Lebanese families paying on average around $2,500 per year in school fees, which are now worth around 20 million Lebanese lira at the parallel exchange rate, at the time of writing this article. This is about 30 times the minimum wage or 10 times the standard salary mentioned above. So, goodbye private schools… families will not be able to enroll and there will be a mass exodus to the official schools, and the “substituting” of Lebanese students for their Syrian peers, most of whom are now in formal schools, as well an unprecedented increase in unemployment rates for teachers in private schools. All this will happen in two months, in light of the frightening absence of the Ministry of Education in preparation for what is coming.

As for the health sector, private hospitals dominate the health system. About 84 % of percent of hospital beds are in private, mostly profitable, institutions, in which an individual pays around $750 per year as an average health bill cost, mostly for medications, the highest cost in the region besides the Gulf countries. The Lebanese pay more than 40% of the cost of the health bill directly from their pockets, without the participation of any insurance entities. This means that most Lebanese will not be able to get comprehensive health care and will suffer in securing their medication, especially if the exchange rate is liberated. This also means that private hospitals are shrinking, some are closing, and medical workers and other medical personnel are leaving.

If we look at the housing issue, the upcoming crisis will cause a major dispute between tenants and landlords who insist on receiving their rent in dollars. There are no accurate statistics on the number of rented apartments in Lebanon, but they are estimated at tens of thousands, and the housing issue is expected to explode, as tenants’ ability to pay in dollars or its market value has diminished. An apartment rented at $800 per month, which is estimated at 6 million and 400,000 lira, is 9.5 times the minimum wage.

Perhaps the big fall of Lebanon will be the end of the economic/monetary/fiscal model that was adopted decades ago, especially in the last ten years. At the same time however, and this may be as important as what was mentioned above, is the demolition of a school of thought that has celebrated the domination of the private sector in the fields of health, education and housing.

Michel Chiha, the intellectual father of the Lebanese Republic and the theorist of Lebanese economic liberalism in 1951, wrote about Lebanon’s situation and future in the world, describing what he said about the role of the young state at the time: “In this country (Lebanon), fortunately, the value of money, land, and institutions is not compromised by the state’s flaws. People here do not lend the state easily because they fear it will be ruinous and failing. Moreover, it is better that the state, as far as possible, should not become indebted. The state threatens society to collapse when it spends a lot. When the state cannot secure its obligations, it resorts to devaluations and budget cuts, stupidly, randomly, and mercilessly, destroying the savings of its citizens and social structures.” Michel Chiha did not realize that his heirs “stupidly, randomly, and mercilessly” reversed his efforts, stifling “the country”, 100 years after its birth.