Damascus: The City of Screams, Rape and the End of Dreams 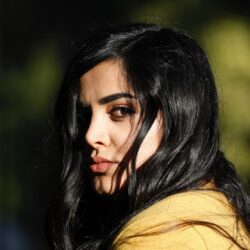 We can tell different events throughout the day and we witness indicators that famine is imminent. Food did not completely disappear from the markets, however, it has become hard to reach and more expensive. Moreover, purchases have become smaller, sellers count the pieces carefully, and women calculate the share of each child and accordingly buy a smaller amount with an increased dependency on larger quantities of bread.

In the Damascus heat, I put a wet towel on my neck and the taxi driver put one on his head. The electricity is cut and the heat is about to turn me into a Salvador Dali painting, “melting” like an ice cream in the hands of a child. As the driver takes me through Damascus, cursing people, then catcalling a woman while profusely sweating on his way, I think about my writing, and about the scorching hot keyboard in front of me, and of our neighbor who constantly yells at her five-year-old child for imitating the voice of the Damascus peddlers for hours. In the morning, the child continues to chant “Delicious Watermelons!” for an hour after the peddler leaves, even though his father and mother had not even bought a single watermelon. At noon, he yells “A Kilogram of cucumber for a 100 liras”, as well as a single English phrase he had memorized: “Oh my God”. He’d repeat it every time he walks, kicks his ball or whenever his mother yells at him. I put the wet towel around my neck as I write about “Emile Zola”, every once in a while almost screaming: “Can’t you see the flasher, idiot?”

This city makes everyone equal, whether you’re a writer, a taxi driver, a screaming mother or a peddler, we all have the same scream, like the child kicking the cat and repeating “Oh my God”. People screaming at the doors of consumer organisations, a traumatized mother screaming, a child being raped screaming. In Damascus, dreams die, heat and hunger prevail, and a few words are repeated in a loud voice: words about hunger, a car that crossed your way in the street, and a dirty towel on the driver’s head.

Why is Everyone Screaming in Damascus?

Why have we become angrier and why have our voices become louder? It seems that fear is accelerating among many things, and Syrians express their fear with violence, yelling, rape, cruelty, and theft. We have all become an inevitable outcome of violence, war, and the collapse of educational and health systems. We have all become the result of the loss, driven by the desire to compensate for the years that were stolen from us while we were watching death creeping into streets and houses. During this time, merchants and businessmen were exchanging Rothschild’s golden advice: “Buy when there’s blood in the streets”. Indeed, whoever bought a fancy apartment with 240 million liras in the beginning of the crisis, today it is worth over one billion and a half liras. However, I will not talk about expensive real estate, neither the brokers nor the people who take advantage of crises, as there are louder screams in the middle of all this, because screaming has become the Syrians’ new language.

Playing Violin to the Background of Children’s Hunger

In Syria, we would have never imagined that hunger will occur suddenly, that we would lose food and that the bodies of our children would turn into skeletons. As we experience this massive event, I mean the beginning of famine, the matter has become different and we realize that we have arrived at it. We can tell different events throughout the day and we witness indicators that famine is imminent. Food did not completely disappear from the markets, however, it has become hard to reach and more expensive. Moreover, purchases have become smaller, sellers count the pieces carefully, and women calculate the share of each child and accordingly buy a smaller amount with an increased dependency on larger quantities of bread.

Everything seems to be minimal as compared to hunger; when we talk about culture, dreams, and hobbies. The smallest pleasures make you feel guilty, how can you laugh and enjoy music in the middle of this destruction? Everything loses its true value. Even during the war, Syrians did not feel this emptiness, and did not lose the true meaning of life. Hunger is the hardest experience. What is the point of playing the violin once again, will I play to the background of the screams of hungry children? Or as a background to “John”, the five year old boy who imitates all the voices in Damascus? And what is the point of reading and writing as opposed to cursing for a bottle of cooking oil and a kilogram of sugar?

Hunger begins and its features creep up onto faces when the ice cream scoop becomes smaller, and the cold, small pleasures shrink bit by bit. When the assistant rolls the ice-cream scoop at the famous patisserie I say jokingly: “It seems like you are stingy, this scoop is half the previous size,” and he replies shyly: “These are management’s instructions,” so now I feel out of place. Although he tries to make the second scoop bigger, I shy away from the simple employee, and from the scoop that is not big enough for the eyes of children, nor enough to leave a sweet taste in my mouth, that I almost felt bitter. Yes, because I know that hunger starts when ice cream scoops become smaller and then gradually disappear altogether.

Why do Rape and Hunger Start Together?

Nothing happens by accident. It never rains, it pours, for pain has a special way of presenting itself. The last few days seemed like a typical horror movie. Rape is on the rise; a girl was raped and killed by her brother in Damascus, and a child was raped and killed in the fields of Tartus city, yet, isn’t the idea of death in the fields warm? Dying in the fields between trees and under wide skies, with a little bit of freedom. But freedom is harsh here, the body is naked and violated, and the child was left alone to the darkness of night and the wild animals. They say we should pay attention to little girls’ clothes, as the monsters out there are waiting for bare flesh to reveal their fangs, but they do not say we should pay attention to violence and this horrible desire to humiliate the other. They do not speak of the cruelty, the criminality, and the repression that was practiced for decades, producing creatures who enjoy the screams of little girls and their broken bodies, thus teaching the Syrians to humiliate each other in a vicious circle. This is how they emphasize their existence in the most terrible manner. Nothing creates horrible stories like hunger and violence.. we learned this in Syria, but because we fear hunger and the unknown, we say we should pay attention to what little girls wear. The monsters out there are waiting to rape everyone, but what difference does it make? Really, aren’t all the bodies naked when they die?

I imagine their screams while being raped and the hands that smother their last attempt of freedom of expression, even with a scream. I imagine the father covering up for his son who raped his sister. Did he feel sorry for her? Did he remember the first time he carried her and how she smiled for the first time? Do the cruel remember all this when they become murderers?

I remember the taxi driver who screamed at a girl driving by, telling her to cross quickly, and saying the famous phrase: “Girls are bad drivers because they are always afraid.” I replied from the back seat: “Yes, they are afraid because people like you don’t trust them. See how many drivers are telling her how to drive, though you all know that you are the reason she’s afraid, and that the streets here are bad and driving through them needs you to be a monster.” The driver sneered and for a moment I felt I’d be the next rape victim. This is exactly how the stories of rape and screaming begin.