Yemen Floods Wash Away the Old Houses of Sanaa, and the State Is Absent 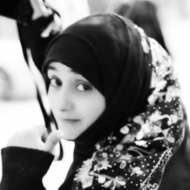 Indeed, the area is flood-prone and had regularly witnessed heavy damages and losses, but over the past few months, the floods that could be the worst that have ever hit the country, one that was already reeling from a severe deterioration in its infrastructure, and the difficult humanitarian and living conditions that undermine the resilience of the people and buildings to stand any more.

While the residents of many buildings in the old city of Sanaa, a UNESCO World Heritage Site, were leaving their prone-to-collapse houses or these that have partly or completely collapsed, as a result of the heavy rains and floods that battered the city recently, the failure and absence of the competent state institutions were evident as in the case in most of the heavily damaged areas of Yemen. On the other hand, this was a motive that triggered the launch of youth and community initiatives to relieve the families heavily affected by the crisis in a way that does not amount to compensatory damages.

Ali al-Sonidar, a photographer and an activist who launched with others the initiative of #the_good_in_you, to provide emergency aid in the hard-hit old neighborhoods of Sanaa. He explained to Daraj that, “The initiative came to life with a meeting of the neighborhood’s residents, and they reached the conclusion that “the best current solution is to cover the roofs with tarpaulins so that the houses would not be seriously affected by the heavy rains and collapse.”

The first step in the “Tarpaulins Initiative” to protect the historic mud buildings, was when al-Sonidar bought tarpaulins for his sister’s house who fled with her husband, after the collapse of her house’s roof. “From this moment, the tarpaulins price dramatically increased,” he added, “In a way that the ordinary citizen cannot afford, which provoked the young people to take action by floating the idea to the merchants and the big companies in the city, to provide these materials to those affected and make sure that they are of good quality that could stand the torrential rainfalls, such as those used in the outdoor billboards.

The initiative involved an incentive for the merchants to offer support, by placing the “trademark” of their subsidiaries on the tarpaulins and managed to get the support of Yemen and Kuwait bank (YKB) to provide 200 large sheets of tarpaulins.

Following a series of appeals over the damages that battered the ancient historic city, the UNESCO announced on August 11, 2020, the launch of an international fund-raising campaign to “Safeguard the Yemeni heritage.” In this respect, the organization shed some light on “the resulting damages that endanger the lives of the residents of these historic places, rendering some of them homeless, while exacerbating the already aggravating situation for others.”

Over the past few months, different areas in Yemen, including the city of Aden, where young men appeared in heroic scenes rescuing people swept away by Torrents. Alarmingly, most of these areas have no access to community initiatives, to relieve the heavily affected families whose houses were destroyed or severely damaged. Nonetheless, these aids remain within the limits of social assistance to mitigate the effect of the disaster and do not amount to offering compensatory damages.

Mr. Wadi Aman, the director of Aden Heritage Center, told Daraj that the houses of Al-Marasabah area in which he lives in Al-Qatee neighborhood in the Crater district, in the center of Aden, had completely sunk, twice, in less than a month, in last April. “It was a total loss, we lost everything; our furniture, electrical appliances, and even our cars,” he added.

70 deaths and 462 homes were demolished, as a result of torrents and heavy rainfalls in many governorates under the control of Ansar Allah (the Houthis)

Aman also referred to the compensatory damages offered by the government, which amounted to 400,000 riyals. “What would this 400 do if you lost your car, washing machine, refrigerator, televisions, mattresses, and bedrooms, may Allah help us,” asked Aman.

Human rights activist, Andy Hussein, drew the attention to the contribution of the community initiatives by the people of the hard-hit areas, also known as “Philanthropists,” by providing simple things such as food, shelter, and tools that could help to relieve those who are stranded and displaced due to massive floods.

Hussein added to Daraj that, “The problem of the torrents and heavy rainfalls is a major disaster that requires the authority to take the gloves off and bear its duties, along with the ad hoc organizations,” she also stressed the importance of, “Offering compensatory damages to the citizens as soon as possible, as they are in very poor conditions and some live in the open.”

Indeed, the area is flood-prone and had regularly witnessed heavy damages and losses, but over the past few months, the floods that could be the worst assailed a country already reeling from a severe deterioration in its infrastructure, and the difficult humanitarian and living conditions that undermine the resilience of the people and buildings to stand any more.

Tareq Hassan, the United Nations Environment Regional Representative for Major Groups and Stakeholders for the West Asian Nations, pointed out that, “Human activities such as environmental pollution, destruction, random consumption of the natural systems resources has greatly contributed in exacerbating the climate change crisis worldwide. However, Yemen is considered to be the most prone-to-these-changes country, including high levels in temperatures, the fluctuations in rainfall quantities, which led to disasters.”

Hassan believes that the state’s indifference to the climate change phenomenon has reflected negatively on the changes that resulted in floods and wreaked havoc around 12 governorates, most strikingly in Abyan, Sanaa, Ma’rib, Aden, Tihama, and Hajjah. He stressed that “People should take all the precautions and avoid the floods’ areas,” on the other hand, the state must also form a committee to face the crises caused by climate changes and get down to work to rebuild the infrastructure.

70 Deaths and the Displaced Are the Most Affected

It is worth mentioning that, 70 deaths and 462 homes were demolished, as a result of torrents and heavy rainfalls in many governorates under the control of Ansar Allah (the Houthis), according to the toll announced by Sana’a-based Civil Defense Authority.

According to a previous statement issued by the UNHCR in Yemen, the internally displaced people, whose number is estimated to be more than two million in the country, were topping the list of the people stricken by the crisis. Moreover, the displaced people’s camps and the temporary houses were razed and seriously damaged, including the damages that befell 9,000 families in al Hudaydah and Hajjah only.