Al-Hasakah Goes Thirsty Because Of Turkey: Will Alternative Projects Manage to Face This Thirst? 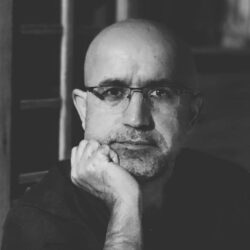 “Depriving residents of water during the Coronavirus outbreak is tantamount to biological warfare waged by Turkish-backed armed groups, against the residents of parts of northeastern Syria.”

Turkey has cut off water to the residents of northeastern Syria since August 13, 2020, and more than one million people are facing thirst as a result.

This is the eighth time that Turkey has resorted to punishing the residents of the area by letting them face the thirst since Turkey occupied the cities of Ras al-Ain and Tal Abyad in the fall of 2019.

The Alouk water station that provides drinking water to the city of Ras al-Ain was targeted during the invasion in the fall of 2019, which caused severe damage to the station and put it out of work. Since then, the suffering of the residents of al-Hasakah and the neighboring cities began, let alone the displaced who live in the camps (Areesheh and al-Hol), as their water sources were successively targeted. This station is the main source of water in an area that already suffers from drought and water scarcity.

The effects of cutting off the water supply this time are devastating compared to the previous times. This is mainly due to the Coronavirus outbreak, as water is the first weapon to face the pandemic, according to the instructions of the international health institutions, including the World Health Organization.

There are two main factors that led to the decrease of rivers’ waters sprung from Turkish lands, the first of which is the giant dam projects built within the Southeastern Anatolia Project (GAP), the second factor is the digging of enormous numbers of wells in the Turkish side.

Nidal Youssef, an engineer concerned with the water affairs in the region, believes that “Depriving residents of water during the Coronavirus outbreak is tantamount to biological warfare waged by Turkish-backed armed groups against the residents of parts of northeastern Syria.”

Syrian opposing parties loyal to Turkey promoted the idea that the “SDF” or the “Syrian Democratic Forces” had cut off the electricity supply to Ras al-Ain, and the water supply to al-Hasakah was cut off as a result.

On the other hand, those in charge of electricity and water projects in al-Hasakah and its affiliated areas are talking about other reasons, some of which are related to decades of inequitable distribution of water due to the Turkish water policies and the Syrian mismanagement. While other reasons are related to Turkey using water as a weapon against its neighboring countries. Suzdar Ahmed, the co-chair of the Water Directorate in al-Hasakah canton, noted that what makes it more challenging to resume operating the “Alouk” station is basically due to the continuous encroachments on the electric energy provided by “Ad-Darbasiyah” station.

In this regard, Suzdar Ahmed said: “To operate the “Alouk” station we need 3.5 megawatts of electric energy. While those in charge of Ras al-Ayn consume a big part of this energy for other purposes which results in the suspension of the station. “Ad-Darbasiyah” station cannot provide more than 3.5 megawatts since its total production capacity ranges from 8 to 9 megawatts.

It is worth mentioning that the displacement from Ras al-Ain and Tal Abyad because of the Turkish occupation in 2019 that laid more burden. Consequently, the drilling of underground wells was initiated.

In this regard, Hakam Khlou, a member of the city council, said: “The Kurdish Autonomous Administration of North and East Syria (Rojava) resorted to digging wells to provide water, despite the negative impacts those wells leave on groundwater. Moreover, wells are not a long-term solution because a single well, even if it was deep and full of water, will not provide more than 20 cubic meters of water per hour, which means that every 100 wells will provide 2000 cubic meters of water which will not fulfill the needs of 10% of the residents of al-Hasakah.”

Hakam Khlou, the civil engineer, pointed out how it is difficult to depend on Khabur River to feed the “Hamma” station in al-Hasakah to filter drinking water after it turned into a small water wheel, explaining that the occupation of many areas by Turkey and its affiliated armed groups poses another difficulty in applying the currently available solutions.

The Roots of The Crisis

According to Nidal Youssef, the roots of a major part of the current water crisis in the Syrian Jazira Region dated back to the 1970s, when Turkey began to transform rivers of northeastern Syria into dumpsites for sewage water and agricultural wastes. Jaghjagh River is one of the rivers that were negatively affected. It originates from the Turkish lands and flows into the Khabur River in the center of al-Hasakah. The river is 124 kilometers long from its source to its mouth, 100 kilometers of which are in the Syrian lands. The water of the river was used for the irrigation of more than fifty thousand dunums of agricultural lands, in addition to the Zarkan and Jarjab rivers.

“Al-Hasakah had previously depended on the Aziziyah station that was fed by the Jaghjagh River, but due to changes in the chemical characteristics of the river water as a result of the Turkish water policies, not to mention the severe shortage of the water flow in the river, the attention drew to the eastern and western dams in al-Hasakah in the early 1990s by making use of the “Nabaa al-Kabrit” in Ras al-Ain,” said Youssef.

There are two main factors that led to the decrease of rivers’ waters sprung from Turkish lands, the first of which is the giant dam projects built within the Southeastern Anatolia Project (GAP), the second factor is the digging of enormous numbers of wells in the Turkish side, resulting in the drainage of water springs, including the sulfur spring “Nabaa al-Kabrit”, along with the decrease in al-Hasakah dam to its minimum levels, and the inability to pump water and provide for the city’s needs of water. In this context, Hakam Khlou refers that the drilling of huge numbers of wells from the Turkish and Syrian sides was random, and did not take into consideration the repercussions it left on the groundwater in the area of Ras al-Ain. “Another part of this water crisis is due to the Syrian government policies, which did not develop clear strategies concerning water resource management in the area of al-Jazira. The only strategic project was the Tigris project, which began in 2009 and was supposed to be finished in 2019, but the situation the country went through put a spoke on the wheel of the project,” said Khlou.

In the face of the water scarcity that spread all over Syria in the 2000s. the water directorate in al-Hasakah and those in charge drew the attention to the groundwater in the areas of high abundance in water. Consequently, the site of the Alouk station was chosen to establish an emergency project to feed al-Hasakah governorate with water, pending the completion of the major Tigris project. The project which ended in 2011, with a productive capacity of more than 4500 cubic meters per hour, the same year the demonstrations erupted in Syria and the project subsequently faced major problems in investment, this was mainly due to the deteriorating security situation and the difficulties the technicians encounter to access their workplaces, not to mention the endless attacks waged by armed men on the infrastructure.

As for the negotiations with the Turkish side on the station maintenance and the ways to minimize its disruption. The main guarantor was the Russian side but through the Syrian government’s channels and its technical employees.

In the aftermath of the occupation of Ras al-Ain and the formation of a civil council to administer the city, the Turkish authorities expelled the Syrian technical team and enforced the presence of another team whose members lack the technical and scientific experience to operate the station which worsened the crisis.

On the other hand, according to the station workers, there were clear instructions by the Turkish authorities not to operate more than two pumps and sometimes one pump at the station. What made the matters worse after 2011 was the looting of the submersible pumps and electric panels, and the pumps installed on the wells in the area of Ras al-Ain by armed groups before being expelled in 2014.

For the technical team to get access to the station, the intervention of high-level guarantor forces in Syria is required, to carry out the maintenance works. As damaging a single electric piece would completely put the station out of work, according to Nidal Yousef, and a subsequent overhaul requires the coordination of a long-term agreement aimed at the sustainability of drinkable water, this point is one of the difficult key issues concerning maintaining and operating the station. This is mainly due to the harsh measures imposed by Turkey and the Turkish-backed armed groups.

This is the eighth time that Turkey has resorted to punishing the residents of the area by letting them go thirsty, since Turkey occupied the cities of Ras al-Ain and Tal Abyad in the fall of 2019.

“Concerning the water management and the drinking water distribution stations, our sources in the Autonomous Administration are open to all, and our database is documented in relation to the electrical energy that feeds the water station in addition to the water supply to the al-Hasakah city, we demanded more than once to give access to an international team to verify the credibility of our information,” said Sources from the Autonomous Administration. There is an international and official Syrian silence on the unjust denying access to water, and not a single entity has lifted a finger after 24 days from making the local population thirsty as a result of cutting off the water, except after getting the Al-Hamiyah Wells Project into service where time was fraught with rapid events to operate the Alouk water station.

The institutions affiliated to the Autonomous Administration are currently working on a water project that the administrators believe will end by 2021. While technicians and experts indicate that the wells are only an emergency solution to the current crisis that the residents are going through, there is the ready-made infrastructure for a new water purification plant on the eastern dam in al-Hasakah. This project that depends on saving rain and floods water to fill the dam could put an end to the water problem in the region. On the other hand, the people responsible for water management try to use models that can be incorporated into nature-based solutions, by making use of seasonal rains and investing in them instead of draining the groundwater.