Lebanon: “His Excellency the President” Does Not Appreciate Insults! 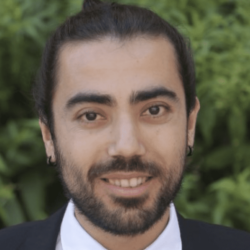 It seems that the president, who has always publicly hurled swear words around, has changed his mind and does not appreciate insults anymore. As he grew older and became the president, he became more “decent” as well, and now General Michel Aoun cannot stand any criticism, nor annoying questions.

Clearly, there is a growing aversion between President Michel Aoun and the media.

This is not new information, as the president had banned the MTV television station from the presidential palace on August 30th, because the latter had decided to criticize him publicly. MTV addressed him without his formal title of honor (i.e. without using the phrase “His Excellency”), holding him accountable for the deteriorating situation in Lebanon.

His action was not surprising within the context of Aoun’s political life and his strained relation with the press. In the past, before he became the President, he had also expelled a correspondent from MTV from his house in Rabieh, because she was too “nosy,” according to him.

In his speeches, Aoun always begins with addressing the public as “The great people of Lebanon,” even though he has never shown any love to his people with his actions before.

Let us refresh our memory of who General Michel Aoun was before he became the President in 2016, as he always held the people responsible for this faltering of “Change and Reform” in the country; this was also his original slogan, and the name of his political bloc from 2005 until his election in 2016.

General Aoun would always complain about the people’s lack of “awareness”, because they failed to give him the parliamentary majority with his allies in 2005 and 2009, and also did not give any support to his reform projects regarding electricity, communications, dams, and the Election Law.

However, things began to change gradually. Before the 2018 elections, many Lebanese parties realized the importance of Michel Aoun, from his ally “Hezbollah” to his lifelong rival Samir Geagea, and they all agreed to elect him President of the Republic.

That’s when the “people” realized the importance of Michel Aoun, and elected his party and his allies, and gave them an overwhelming parliamentary majority that could enable them to form cabinets and start reform workshops, hand in hand with the reformist Saad Rafik Hariri.

Even after all these changes in the behavior of those who were “reckless” toward General Aoun, the President of the Republic said in his last TV interview that he could not “reform and change” with a people who did not aspire for reform. He gave the example of two contractors who complained about corruption in the Ministry of Finance, but then when asked to give their testimonies before the court, they refused to appear, so he told them to “go home.” The President did not mention any further details about this incident. One could assume that the complainant may, for example, be Danny Khoury (a contractor affiliated with al-’Ahd Alliance and controls its projects), so does the President want us, amid this stifling economic crisis, to demonstrate demanding the continuity of Danny’s business operations, among others?

Our president thinks that his people are a bunch of contractors who fear for their relations with the state and their brokerage!

In dictatorships, the “inspiring” leaders always blame the people they are ruling for their poverty, and always evade the responsibility for these major crimes. This is exactly what Aoun did with the crime of the explosion of the Port, which he considered an “accident” he was not well-informed about, and asked the people to understand his inability to protect 300 Lebanese from dangerous explosives materials that exploded, destroyed, and killed many of them. Is this the Republic Michel Aoun aspires to? Is the Aounist policy now based on blaming the people, not the regime or the corrupt who are the main cause of their poverty and death?

After all these changes in the people’s “reckless” behavior towards General Aoun, the President of the Republic still said in his last TV interview that he cannot “reform and change” with a people who do not want reform.

Aoun has repeatedly asserted that ‘the people’ are the ones who are responsible for change in the coming elections, and not re-electing the corrupt again, all based on the Election Law that had been amended by his dear son-in-law, in complicity with the corrupt of the regime, so that his father-in-law could gain a new presidency term, with the help of new names. This meant that he could nominate the owner of the “Fantasia” company for the upcoming elections for example, instead of the owner of the ”Master” company.

Michel Aoun stands in the way of any new law that does not suit his son-in-law (as others follow suit and obstruct other laws to fit their interests), the same way he got in the way of the judicial formation.

The presidency then announced that it banned MTV Lebanon from the presidential palace for insulting the President of the Republic.

MTV did not insult the president of the Republic, but rather stated that it will refrain from calling him “His Excellency Mr. President” from now on.

The president does not like insults, bearing in mind that OTV, the state official channel, had previously insulted me and Wadih Al-Asmar, even though we are just ordinary citizens, because of a joke we had posted on Facebook about one of Saint Charbel’s miracles (A few days ago, I found out that they deleted the aforementioned report from YouTube, perhaps because they were ashamed of it).

It seems like the president who has always publicly hurled swears around does not appreciate insults anymore. As he grew older and became the president, he became more “decent,” and now General Michel Aoun, certainly cannot stand criticism, nor annoying questions. The way he chose media professionals who are sycophant and experienced in fawning businessmen to interview him over the past four years, is but a small proof of his impatience with the questions that could be annoying or could disturb his glorious reign.