The Beirut Blast Is Not Over; Dima Passed Away 83 Days Later 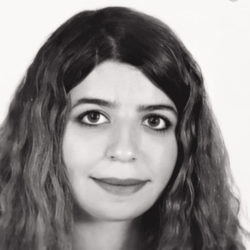 It is as if the explosion that produced a gaping hole in the ground has opened a similar one in heaven, which continues to receive the souls of the crime’s victims, even after 83 days have passed.

On August 4, Dima was visiting her father, Khaled Abdel-Samad, who received medical treatment at the Roum Hospital in Ashrafieh. The 52-year-old mother of two was standing on the balcony when the Beirut port warehouse exploded.

Her father got injured, but survived. Dima went missing. Her family found her the next morning. Her head badly hit, she was unconscious.

For 83 days Dima survived in a coma, until she passed away in the Mount Lebanon Hospital – the last victim of the Beirut port crime.

Once again, the Lebanese had to savor the bitterness of death and escort a victim to her final resting place.

“I always dreamt of the day when I would stand by you at your son’s wedding, as you stood by me, alas, it is an act of God that took you in the prime of your life,” Dima’s sister Huda wrote on her Facebook page. “May God bless your pious soul, and give us the patience and strength to bear your loss, sweetheart.”

Dima is a retired teacher from the town of Aammatour in the Chouf District. She left behind a husband and two children, Ibrahim and Yasmina. The latter flew back from Dubai to Lebanon, as soon as she learnt about her mother being wounded.

Many of the blast’s survivors still receive medical treatment in Lebanon’s hospitals. Like Dima, some have been in a coma since August 4. As the explosion claimed the lives of some 200 people, injured 6500, and rendered more than 300.000 homeless, the investigations into the blast have so far not produced any revealing findings. Worse, Lebanon’s powers that be continue to divide the country’s political and economic spoils as if nothing ever happened.

It is as if the explosion that produced a gaping hole in the ground has opened a similar one in heaven that keeps receiving souls, even 83 days later. Dima, who never woke up from her coma, is a reminder that we in Lebanon are still living in a political coma, as those in power have so far failed to conduct a transparent investigation and have not yet brought to justice a single official responsible for the explosion.

“All of the world’s money would not bring back Ahmad,” said his father Ibrahim Qa’dan. “I want the killers to be held accountable. They are all involved in killing my son.”

Ahmad was Ibrahim’s only son. He was a taxi driver. Every day he rented a car. On August 4, after a long day of work on the Beirut – Bekaa highway, he was in Gemmayze to deliver a cake. He was killed by the blast only a few weeks before his engagement party that was set to take place by the end of August.

Qa’dan asserted that he, along with the relatives of other victims, will continue to exert pressure on the state in order to reveal the perpetrators. With the help of lawyer Faris King, he filed complaints against the Lebanese state and the port authorities.

“They keep telling us that the investigations are confidential,” he said. “Yet we have a right to know what happened. We have not met one investigator. Not a single official has called us in two months. It is if those who died were just insects.” “I have no faith in the state,” he continued. “I have filed two complaints, one against the port administration who permitted access for such dangerous and highly-explosive materials, and the other against the state, which was well aware of the existence of those materials, but ignored them, just as it ignores us now.”

Following the explosion it took the Hassan Diab government five days to promise to uncover the circumstances of the crime. Those five days have become months, as the forensic investigation is steeped in secrecy and confusion.

The Diab government stepped down shortly after the blast. The political bazaar that followed resulted in the assignment of Saad Hariri to once again form a government. Meanwhile, the investigation into the disaster remains a modest affair, certainly seeing the gravity of the crime.

As head of the the Judicial Council, investigative judge Fadi Sawan is to lead the probe following Lebanon’s refusal to allow for an international investigation. Still, some foreign investigators are taking part in the local inquiry, including 50 agents from France and the US. The Federal Bureau of Investigation (FBI) handed Sawan a technical report on how the ammonium nitrate, which was stored in Hangar 12 alongside several tons of fireworks, exploded. The report highlighted it was difficult to determine whether all 2.759 tons had exploded or not.

“All of the world’s money would not bring back Ahmad,” said his father Ibrahim Qa’dan. “I want the killers to be held accountable. They are all involved in killing my son.”

“They all knew about the presence of the highly-explosive materials and they all must be held accountable,” said Tharwat Nour al-Din. “We know that everything is delayed in this country, but we will continue until our last breath to find out what happened and regain the rights of the victims.”

Tharwat’s 27-year-old brother Ayman was killed in the blast. A captain in the army, he was only moved to the port in July having attended a military course in the US.

“When Ayman went to work at the port, we were very happy, because he would be near us and, we thought, far away from danger,” said Tharwat. When the fire broke out in the port, the officials in charge asked Ayman and his men to help the civil defense team. Ayman and Hamza Iskander rushed towards the fire in front of his troops. That is when the explosion happened. Tharwat and her family hired lawyer Asaad Abu Joudeh to file several complaints, one of which aims to pressure the state to reveal the investigation’s findings. “From the very beginning, we wanted to file a lawsuit,” said Tharwat. “We decided not to be hushed. We will hold them accountable. No politician is allowed to interfere or cover up anything on behalf of the culprits.” Adding: “They all knew, they all must be held accountable.”

The Bar Associations of Beirut and Tripoli filed a criminal complaint against every perpetrator, participant, or instigator involved in murder, inflicting bodily harm and/ or crimes against humanity that occurred on the day of the blast, and demanded precautionary measures to be taken in order to protect the crime scene and prevent any tampering with the evidence, as well as to designate a committee of highly qualified experts in the fields of engineering, incendiary and chemistry.

Volunteer lawyer tents were erected near the explosion site and in several Beirut neighborhoods to help those afflicted by the blast and offer legal advice. Gilbert Abi Abboud, one of the volunteer lawyers in the Karantina district, explained that the victims’ families and others affected by the blast filed over 1200 lawsuits against the state to exert pressure on all parties concerned and speed up a fair and transparent investigation. “We will take all our complaints and documents abroad if we feel that there is any negligence by the judiciary in this case, which concerns all Lebanese, not only the ones who were harmed on Lebanese soil that day,” said Abi Abboud.

Who Will Sue Who?

Investigative judge Fadi Sawan issued arrest warrants against 25 persons involved in the case, including the head of the port, Hassan Koraytem, the Director-General of Lebanese Customs, Badri Daher, and the three Syrian welders responsible for fixing a hole in Hangar 12 on August 4. The investigation revealed no new names, despite press reports that people in the security services, customs, port authorities and judiciary, in addition to former and current officials and ministers, all knew about the presence of huge amounts of ammonium nitrate in the port.

Others confirmed that President Michel Aoun and former Prime Minister Hassan Diab on July 20 received a letter from the State Security Service (SSI) about the “danger” of storing such enormous quantities of chemicals in the port. Judge Sawan, however, only listened to the testimonies of current and former ministers as “witnesses.”

Amnesty International in a recent statement called for the creation of an international fact-finding mission to guarantee the victims’ rights to truth and justice, noting that the current process is not inherently independent or impartial; as the investigation is conducted by a committee composed of government officials and members of the army and security forces, institutions that may be involved in the crime. Amnesty International researcher on Lebanon Sahar Mandour told Daraj that the Judicial Council is not competent to lead the probe, as it is not authorized to prosecute current officials in power, which includes the country’s president and ministers.

“It lacks the necessary procedures to administer justice, as it is an exceptional court with its own exceptional rules, and cannot be challenged or appealed by any party,” she said.

Only one authority has the power to try Lebanon’s presidents and ministers, which is the Supreme Council for the Prosecution of Presidents and Ministers, consisting of eight judges and seven deputies.

In March 2019, the House of Representatives duly elected seven deputies for the Supreme Council. However, the judiciary has still not appointed any members.

Amnesty International and other human rights groups have called for an international investigation, which was  rejected by Lebanese officials. President Aoun has said such investigations only aim to “waste time.”

Tampering with the crime scene?

Journalists from the local TV channel Al-Jadeed showed that state officials on August 9 removed documents from the Ministry of Public Works, which supervises the port. Furthermore, two fires erupted in the port on September 8 and 10, which has raised concerns about potential tampering with the crime scene.

The Judicial Council, however, has not taken any action against such acts, which further undermines the credibility of the investigation.

Meanwhile, the People’s Observatory against Corruption, a group of lawyers, journalists and activists, launched the campaign “Retribution Now,” which is aimed at following the investigation to keep up momentum, so that the crime, which directly or indirectly affected all Lebanese, will not be forgotten.

The initiative has three objectives. First, keeping the public opinion informed of the latest findings through a series of press conferences and legal seminars. Secondly, organizing sit-ins to exert pressure on the judiciary. Thirdly, launching a petition to include public opinion in what has become a national battle.

However, according to campaign organizer George Azar: “It has become clear that the course of the investigation is moving towards not holding the politicians accountable, and considering the crime the result of a technical issue.”