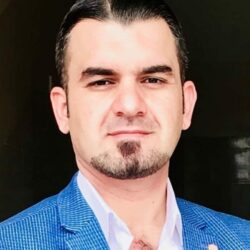 Although there are legal justifications for issuing an arrest warrant against US President Donald Trump for “premeditated murder,” the timing and circumstances of the decision to do so seem awkward.

Iraqi MP’s Hassan Fadam and Youssef Al-Kalabi on January 3, 2021, stood alone in front of the American embassy in Baghdad to condemn the assassination of Iran’s Quds Force commander Qassem Soleimani and Abu Mahdi Al-Muhandis, deputy head of the Popular Mobilization Forces (PMF). It was the one year commemoration of their assassination in a US airstrike near the Baghdad International Airport.

The two deputies, who have close ties with Iran, carried banners with such texts as: “Trump is a terrorist” and “Trump is an ISIS partner.” The next day, the Iraqi judiciary issued an arrest warrant against US President Donald Trump for “premeditated murder.”

The warrant’s timing seems questionable, especially as it coincides with Trump’s last days in the White House, while the Iraqi judiciary never before issued an arrest warrant against a president or official in another country.

A statement issued by the Iraqi Judicial Council read that: “After the competent judge in the Rusafa Investigation Court in charge of investigating the incident recorded the statements of those claiming their personal rights, and all preliminary investigation procedures were completed, it was decided to issue an arrest warrant against the outgoing President of the United States of America Donald Trump in accordance with the provisions of Article 406 of the Iraqi Penal Code. Investigation procedures will continue to find out the other participants in the execution of this crime, whether they are Iraqis or foreigners.”

Article 406 of Iraqi law provides for the death penalty for anyone who commits premeditated murder, including foreigners irrespective of their home country. The investigation into the killing of Soleimani and Muhandis in the US raid has reached advanced stages in terms of gathering evidence and recording witness statements.

Witnesses include airport staff, members of the security services, employees of the British security firm G4S, which works near the location of the assassination, in addition to the legal representatives of the Iraqi Ministry of Foreign Affairs and the Iranian embassy.

The Iraqi judiciary has seen many critics reject its decision. Iran was accused of direct interference with the judiciary in issuing the warrant at the end of Trump’s term. This was all, critics claim, an attempt to save face for been unable to respond to the killing of one of its most important military leaders.

Mithal Al-Alousi, an Iraqi politician close to Washington, said the decision was issued by a “simple” Iraqi judge in the presence of militia leaders in the courtroom, including those accused of sponsoring terrorism and killing the Iraqi people. Alousi, a pro-American hardliner, is piling up accusations against Iran.

According to him, Iran and its militias were behind the attacks targeting the US embassy, after it became clear that Trump had lost the elections. Under supervision of Tehran’s ambassador in Baghdad and under direct orders of the Iranian Revolutionary Guard, Iran’s actions aim to weaken the Iraqi government, humiliate the Iraqi people, and control both the political and judicial in the country.

According to Alousi, there is no tangible political or legal value to the judiciary’s decision: it makes for “ridiculous reading” in the current circumstance and “greatly embarrassed the Iraqi judiciary, while reducing its standing and independence,” especially since the judiciary does not protect ordinary citizens, activists and revolutionaries in the streets from the oppression of militias. The latter includes groups affiliated to Iran.

“Why did Iraq’s public prosecutor not act in the face of all the killings, assassinations, and kidnappings targeting demonstrators?” Alousi asked. “Why did it remain silent before the corrupt? Doesn’t that mean that the Iraqi judiciary has lost its prestige, as is the case with other institutions? Would any of the existing parties, including the judiciary, have dared to issue such a decision, had Trump won the elections?”

Legal expert Tareq Harb downplayed any political or judicial consequences, as US forces have carried out numerous criminal operations since the 2003 invasion, including what is today known as the crime of Nisour Square, in which 14 Iraqis were killed by bullets from an American security company. Recently, Trump granted the four convicted perpetrators amnesty.

Harb said that the Iraqi decision to issue an arrest warrant for Trump is far removed from the political events currently taking place in the US, emphasizing it came as a result of the testimonies of the complainants, who are relatives of the victims, especially the family of Muhandis. To him, the decision was taken purely on judicial grounds. 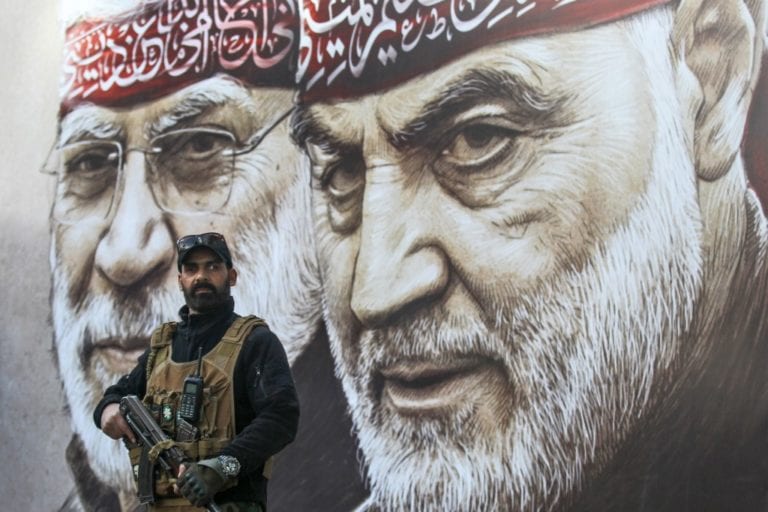