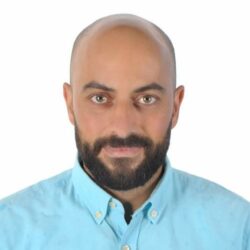 While the Palestinians are waiting for the first vaccines to finally arrive, Israel has already vaccinated a quarter of its population, blatantly ignoring its commitments according to international law

Adib Al Saifi (62) cannot wait for the COVID-19 vaccines to arrive to the Palestinian Territories, so he can overcome the nightmare he has been living since the virus first was detected at the beginning of last March.

“I am truly living in terror, I go to work every day scared of getting infected,” says Al Saifi, who is a manager at a pharmaceutical factory in Nablus in the north of the West Bank. Because of his job, he is in contact with dozens of employees in various departments.

His fear multiplied after losing his older brother due to coronavirus complications. Ever since, he has lived in constant fear. He is surprised by the delay of the vaccines’ arrival.

Saed Hassan (25), who also resides in the West Bank, blames Israel for failing to provide Palestinians with vaccines. He deplores the country giving vaccines to Israelis only. Hassan contracted the virus and suffered from its symptoms for over 10 days, during which he had to be admitted to hospital and stayed at the intensive care. He got the virus from his father, who died from its complications.

“I came back to Palestine two years ago and decided to settle here,” he says in a sad voice one hour after his father’s burial in the town of Kafr Thulth near Qalqilya. “I left Canada, the best place one can live in terms of government services and health care. I regret coming back. Good public health care is not available here. Having lost my father, I now want to protect my mother, who suffers from illness. I’ve completely isolated her from the world, as we wait for the vaccine.”

All Palestinians can do is wait, especially as Israel did not expand its vaccine program – using Biontech/ Pfizer and Moderna – to include the some 5.2 million Palestinians living in the West Bank and Gaza Strip, thus blatantly ignoring its responsibilities as an occupying power in accordance with international law.

Article 56 of the Geneva Convention clearly states: “The occupying power has the duty of ensuring and maintaining, with the cooperation of national and local authorities, the medical and hospital establishments, public health and hygiene in the occupied territory, with particular reference to the adoption and application of prophylactic and preventive measures necessary to combat the spread of contagious diseases and epidemics.”

The Israeli organization Physicians for Human Rights (PHR) has demanded to provide vaccines for Palestinians in the occupied West Bank and besieged Gaza Strip: “Palestinians are under Israeli control and occupation, which prevents them from guaranteeing their right to healthcare themselves, as they don’t have a choice to purchase the vaccines without them going through the Israeli authorities.”

The PHR doubts the Palestinian Authority itself has the ability to finance the purchase of vaccines and the cost of distribution. “Israel should be responsible for financing the process, as part of its responsibilities towards the Palestinians in the occupied territories,” PHR explained.

“Israel is eluding its legal responsibilities towards the Palestinians,” international law expert Hanna Issa agreed. “There is no Palestinian State. The authority only exists on paper through the Oslo Accords, nothing more. Israel is the de facto authority that comes in, arrests, demolishes and kills whenever it pleases.”

The number of coronavirus cases in the West Bank and Gaza Strip on January 23, 2021, exceeded 154 000, while the number of deaths reached 169, according to the Palestinian Ministry of Health.

Finally, a Vaccine for Palestinian Prisoners

Following a series of Palestinian and international human rights demands, the Palestinian Prisoners Club (PPC) declared that 287 prisoners in the Israeli prison Nafha had received the vaccine. The occupation’s prisons management had started vaccinating the prisoners, one month after starting the process of vaccination for Israelis, following racist remarks made by Israel’s minister of Public Security of Amir Ohana who suggested to deprive the prisoners of the vaccine.

“The Israeli prisons management informed the Palestinian prisoners that the vaccination will be mandatory and warned that every prisoner who refuses to take the doses will be transferred to solitary confinement,” said Qadri Abu Baker, Chairman of the Detainees and Ex-Detainees Commission. The toll of prisoners infected with the coronavirus since the outbreak of the pandemic exceeds 290 cases, according to data of the PPC, a non-governmental organization deals with Palestinian prisoners affairs.

Russia and the WHO

The Palestinian Authority is waiting for the arrival of the first batches of vaccines having signed a contract with four companies exporting the vaccine. According to Prime Minister Mohammad Shtayyeh, the vaccine will enter the Palestinian territories in the first week of February through the World Health Organization’s (WHO) COVAX facility, which provides developing countries with 20% of their vaccination needs.

According to officials in the Ministry of Health in Ramallah, the vaccination process will begin on a vast scale by the end of March, with the possibility of vaccinating a limited number of the most vulnerable people before that date. Vaccines will arrive from different sides in the form of humanitarian aid.

So, 5,000 doses of the Russian Sputnik V vaccine arrived in the Palestinian territories in late January, while 100,000 more doses to vaccinate 50,000 Palestinians should arrive in March. The Palestinian government approved of the emergency use, and Israel allowed it to import the vaccine.

The Palestinian ambassador in Russia, Abdel Hafiz Nofal, said that Moscow agreed to send 5,000 doses for free. Adding: “We are in the process of finalizing the deal with the Russian government to buy 100,000 doses.”

The price that Russia set for the two doses needed for each person is $18. However, Nofal said the Palestinian Authority, which suffers from a severe financial crisis, is negotiating a reduced price.

The Palestinian Ministry of Health clarified that the first to receive the vaccine are medical workers and elderly people with chronic diseases. Minister Mai Al-Kaila, has said on many occasions Palestine’s share that through the WHO’s COVAX facility will be enough for approximately two million people.

Official data show that the Palestinian government will buy enough vaccines for 50% of the population in Gaza and the West Bank which amounts to approximately five million people. The first shipment of WHO vaccines will cover 3% of the population. They will be distributed to medical staff, cancer patients and the elderly.

The statements made by the Palestinian Ministry of Health are frustrating news for a young man as Refaat Abu Layla (40) who suffers from kidney failure and has to visit the Ramallah governmental hospital three times a week for dialysis. His life has become limited to house and hospital. He cannot do his job as a car mechanic because he is afraid of getting infected with the coronavirus and the complications for someone like him who suffers from a vulnerable immunity.

“I follow the news every day waiting for the arrival of the vaccines,” he says upon leaving the hospital, tired and emaciated. “My life is threatened because of kidney failure. I cannot have a kidney transplant for the time being, nor a virus that already took the lives of many healthy people.” 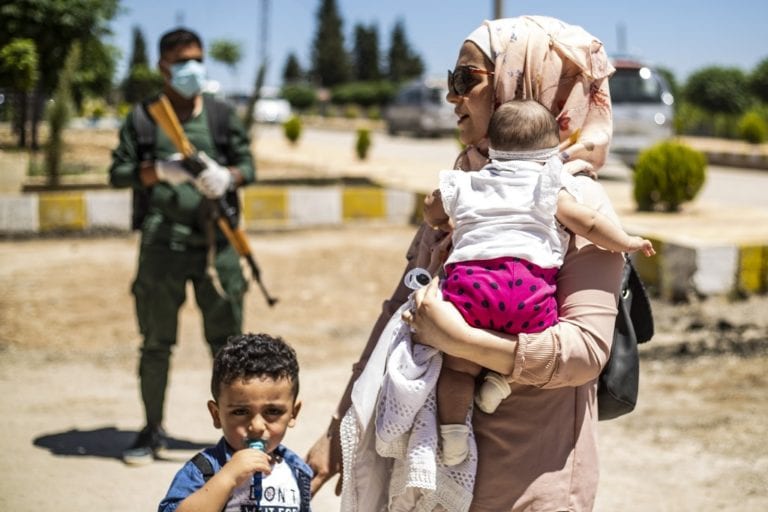