Loujain is Free for the Third Time 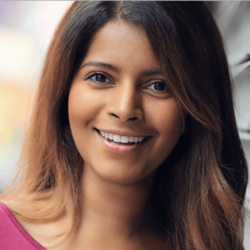 This is the third time we celebrate her freedom and I hope it will be the last. I hope Loujain and all other female and male activists don’t have to live these experiences again…

Mayssa al-Amoudi is a known Saudi media figure, writer and activist. She was one of the first participants in the campaign for Saudi women’s right to drive. She and activist Loujain al-Hathloul were incarcerated in 2014 for a few months when trying to cross the Saudi border by car. Today, Maysa lives in the US. She writes here about the news of Loujain al-Hathloul’s release and shares some of their past experiences.

On Wednesday February 10, 2021, nearly six years after my and Loujain’s release from prison on February 12, 2015, I am living a moment of happiness with Loujain being released, as did numerous people and friends on Twitter, as well as the international press.

It is an experience that I did not live through back then. But I did spend days and months afterwards reading the stances of loyal friends, and colleagues who changed positions, and those who were happy for me just because they heard I went back to freedom, while they had never heard of me before, and those who got angry and gloated and spread rumors while I was in jail.

This is what I expect to happen with all prisoners of conscience when they are released, gain back their freedom, and finally spend time with family and loved ones. My family already knows Loujain’s family, but because she is years younger than me, I know her sister Alia better.

I first met Loujain in 2013 during a quick visit to Belgium. But I had already heard about her through social media, as she used to publish her ideas about our society through video clips from Canada where she studied. Whether female followers agreed with Loujain’s feminist ideas or not, many of them used to criticize her daring and direct style.

Loujain is a lively and daring person who defends her convictions all the way.

As for me and other activists, when a conversation would revolve around the clash we went into, we always believed in the importance of multilateral campaigns, which represent all components of society without exception.

It may be funny to recall the comments I got when I filmed myself driving a car in August 2011. The comments were about me wearing the hijab, given that I don’t wear it on screen, and the fact that I appear the way I do only when I’m in Saudi Arabia. Hearing this, you can perhaps understand the opposing opinions to Loujain’s language and boldness when she took the campaign further and further.

After Loujain had achieved some things, the day came that she asked me every time we met: “Would you like to go with me?’

I always used the excuse of work and commitments. I didn’t like the idea of going to the border and attempting to enter. It felt very dangerous to me. But when Loujain went alone on November 30, 2014, someone had to provide her with what she needed, after spending a wintery night in her new car in the middle of the desert.

The best choice was someone who lived in the UAE and had a driving license, not someone who lived in Saudi Arabia and was still under a travel ban because of gender. I first called Manal Al-Sharif but she refrained given that she was no longer part of these driving campaigns.

So, I went by myself hoping to come back to Dubai someday and still present my evening show on Al Aan TV. I started publishing a series on my YouTube channel and Instagram account to tell the events of my and Loujain’s arrest on the Emirati/ Saudi border in 2014.

If this experience affected my personality and life a lot, Loujain’s experience — spending a thousand days and a night behind bars — definitely turned her into a new Loujain, whom we will get to know very soon.

I remember when I met Loujain for the first time in 2014 in Dubai. I asked her: “Why did you leave Canada, why didn’t you stay to live there?” She replied she cannot live away from her own environment and society.

I met her again in Washington in 2017 and asked her: “Why don’t you go back to work and live in Canada?” And again she answered that she cannot live away from her own environment and society, and that she would like to live in Saudi Arabia, but that current conditions require her to live in Abu Dhabi.

In 2014, Loujain took a daring step with her spontaneity, which is well known by her closest entourage. However, she paid a heavy price for it in three stages during the last six years.

This is the third time we celebrate her freedom and I hope it will be the last. I hope Loujain and all other female and male activists don’t have to live these experiences again. With Loujain’s release, our hopes for more releases are not over, but it offers a moment of joy that eases our sorrows…

This piece was translated from Arabic to English by Celine El Natour.