Iraq: They Were Killed Only Because They Were Yazidis

Finding the remains of the victims and reburying them is a positive step, yet “just the beginning.” There are dozens of mass graves in Sinjar.

The village of Kocho near Mount Sinjar, located some 80 kilometer west of Mosul, had prepared the coffins to welcome the remains of 104 victims, who were killed by the Islamic State in Iraq and al-Sham (ISIS) and later found in a mass grave in the Sinjar district. A funeral was held on February 6, 2021.

Hundreds of relatives, Iraqi and Kurdish officials, as well as representatives of international organizations gathered at the Kocho village square to pay their respects to the 104 coffins wrapped in the Iraqi flag, thus emphasizing the victims’ “Iraqi-ness.”

The village people furthermore dug graves and placed signs with the names of 517 other victims, whose bodies have not been found yet. It was a symbolic action calling upon the Iraqi authorities to open more mass graves.

ISIS attacked the Yazidi community of Kocho in the northwest of Iraq on August 3, 2014. An estimated 1,030 Yazidi men, women and children were killed. Some 2,500 people in the whole of Sinjar went missing.

According to statistics of the General Directorate for the affairs of the Yazidi in the Ministry of Endowment and Religious Affairs in the Kurdistan Regional Government, 2,293 Yazidis were killed in total in Sinjar. They were buried in 80 mass graves within the district.

In March 2019, the first of these graves was opened following a decision of the Iraqi government. So far, the remains recovered from 20 mass graves total some 500.

Following the identification of the 104 Kocho victims by Baghdad forensic medicine department, a funeral was held at the Al-Shaheed Monument, which was attended by Iraqi President Barham Salih, Prime Minister Mustafa Al-Kazemi, and a number of ministers, deputies and party representatives.

Two days later, the remains were sent back to Sinjar to be reburied.

Yazidi activist and Nobel laureate Nadia Murad expressed her deep sorrow over the tragedy. Among the victims were two of her brothers, she said, as well as several friends and neighbor. She also urged the authorities to disclose the identities of the other remains, as one of them may be her mother’s.

Murad, who witnessed and survived the brutal treatment at the hands of ISIS, also called for opening the remaining mass graves, affirming that there are dozens more in Sinjar.

During his meeting with Murad, Prime Minister Kazemi stressed the importance of Yazidi citizens, having recently returned, in rebuilding their historical areas. He added that the Iraqi government “spares no effort to facilitate this return and provide stability, and that the effort is currently focused on reconstruction, building water projects and schools, and providing medical care, in particular in areas destroyed by terrorism.”

The US ambassador to Iraq affirmed in a statement that efforts to ensure that atrocities never occur again will continue. Meanwhile, Karim Khan, head of the United Nations Investigative Team to Promote Accountability Against Da’esh/ISIL Crimes (UNITAD), assured the families of Yazidi victims that the identified remains are part of ongoing efforts to achieve accountability.

According to Yazidi survivor Layla Taalo, the funeral and attendance would likely have a positive impact, gaining more sympathy for the Yazidi cause.

“These victims have not hurt or killed anyone,” she said. “They were killed only because they are Yazidis. Exhuming the remains, identifying them and reburying them according to Yazidi religious traditions is important from an emotional and legal point of view.”

According to Taalo, the ceremony accompanying the reburial of the victims highlighted the enormity of the crimes ISIS had committed, which cause the Yazidi community to continue to suffer until this very day, given that their traditional lands remain largely destroyed, while the majority of the people is still living in hard conditions in camps.

“This is just the beginning,” said Yazidi activist Murad Ismael. “There are dozens of other mass graves that will convey the extent of the tragedy and genocide the Yazidis were subjected to.” Adding: “The Yazidis are peaceful people. The victims never hurt or killed anyone. They were killed only because they are Yazidis.”

Yazidi journalist Barakat Issa called upon the government to support the Yazidis not only symbolically, but to also take tangible steps to permanently settle the security issue in Sinjar by getting rid of illegal armed groups and integrating militias into the ranks of the army and police, as they are the “children of the city,” for most of whom the goal is merely to make a living and support their families.

“The Yazidis are peaceful people. The victims never hurt or killed anyone. They were killed only because they are Yazidis.”

Issa furthermore recommended that the security file be given to Yazidis themselves “to reassure other Yazidis who live in the camps to return to their areas, where their sons provide security for them, and to help them get rid of the power of political parties and clans.”

This article was translated from Arabic to English by Rita Khadra. 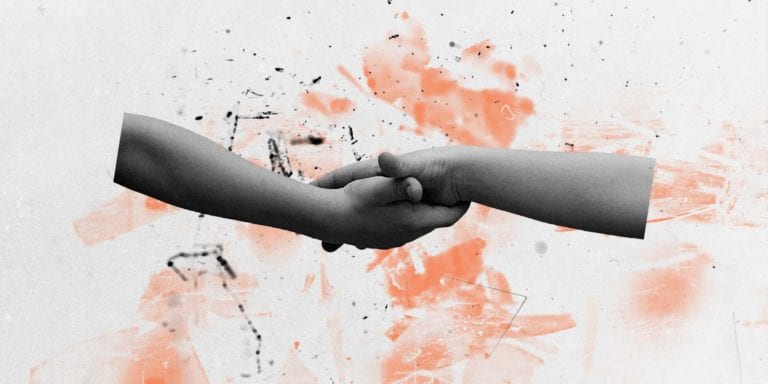