Egypt: The Brazilian Pervert and the Papyrus Girl 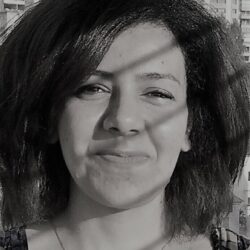 The video of a Brazilian traveler harassing a veiled Egyptian girl has caused a furor on social media, and reignited the debate about the male orientalist gaze fetishizing Arab women.

“We’ve seen Brazilians make videos flaunting their harassment of Russian women at the 2018 World Cup in Russia,” she told Daraj. “It was scandalous. And it amazes me that these types of videos are still filmed, even after the #metoo campaign.”

In the video, Sorrentino repeatedly asks the veiled Egyptian girl in Portuguese: “Do you want him big? Do you like him hard? All of you here like it like that.”

The girl in the video, thinking he was thanking her for the papyrus, nodded her head affirmatively, causing Sorrentino to laugh hysterically. Sorrentino later posted the video on his instagram page.

The video was met with a wave of rejection and condemnation, firstly in Brazil, where a number of prominent feminists, including Pellegrino – aided by a massive popular Twitter campaign – forced the doctor, who is still in Cairo, to delete his video.

“The opposition to the video was huge in Brazil,” explained Pellegrino. “There were millions of tweets condemning him. What this doctor did is not acceptable, not to the women in Egypt, nor in any other country.”

Despite Sorrentino deleting his video, the wave of condemnation has not subsided. The tumult in Brazil drew the attention of Egyptian feminist groups, including Egypt’s Speak Up, which publishes victims’ testimonies of (sexual) harassment. It caused an uproar on social media and prompted the Egyptian security forces to arrest Sorrentino. He remains under investigation.

Sorrentino is famous in Brazil as a traveling doctor. He has millions of followers on social media, who not only view his medical videos, but also his travel videos.

The case of Sorrentino as a traveler and YouTuber triggers some interesting questions, including: are male western travelers still immersed in the orientalist view of “craving” women’s bodies in the Arab world?

The “Lust” for Arab Women

These are the words of actor Abad Faciolense, a traveler from Latin America who wrote the book The Orient Begins in Cairo, in which he argues that the Western imagination still retains a primitive orientalist view of the Arab woman; i.e. the Arab woman is “sensual” and “crude”, like an alluring fictional character, always associated with sex.

The way the Brazilian doctor interacted with the girl selling papyrus is steeped in this view rooted in a store of accumulated knowledge and fantasies regarding Arab women, which has not evolved among travelers since the colonial era.

Joseph Massad has also dealt with this subject in his book, Desiring the Arabs, showing how gender has always played an important role in the imaginations and research of orientalists. To them, the Orient was feminine, the harem was its main symbol, which connects two main presumed characteristics of the orient: the sexualized woman and the tyrannical ruler.

Doctor Sorrentino and the papyrus girl were brought together spontaneously, but the space in which they met added an extra layer feeding the orientalist fantasy: a veiled girl in a papyrus shop near the pyramids, with sand, camels and horses, and a traveler facing an Arab woman he sees as a sexual object.

Sorrentino is from Brazil, where since late 2019 President Bolsonaro has been in power. One of the most controversial politicians in Brazilian history, he boasts about the oppression of women, and is open about his anti-gay and anti-feminist views. He once told a congresswoman that she “doesn’t deserve to be raped” because she is “too ugly.”

“We have to remember that President Bolsonaro in a video once ‘jokingly’ told doctor Sorrentino that they were ‘brothers in faith,” Pellegrino told Daraj.

“This says a lot about Bolsonaro’s anti-women’s rights project in Brazil. His project aims to keep women silent. Brazil today is one of the most violent and dangerous places in the world for women, with an average of 180 rapes per day.”

Bridges of Pain and Resistance

It was unsurprising to hear that Brazilian women hear the same sexual and abusive phrases as Egyptian women, and are likewise accused of being the reason for being harassed.

“We usually hear that women (deservedly) are a victim of sexual violence because of what they we wear,” Pellegrino said. “But Victor Sorrentino, in harassing a veiled girl in Egypt, made it clear that violence is not about a woman’s clothing. It is always a question of masculinity.”

Despite the restrictions on Brazilian women’s rights, the feminist movement has succeeded in many areas. “We do not use the term ‘sex joke,’ anymore” Pellegrino explains.

“We do not call what Victor did sexual humor. We call it harassment. One of the great achievements of the feminist movement in Brazil in recent years is making harassment a crime. We made it clear that it is abnormal. In 2017, harassment was included as an offense in the Penal Code.”

Feminist organizations in Egypt are currently mobilizing to oppose the draft personal status law, which among other things deprives women of the right of guardianship over their children’s education and stipulates that they cannot travel without a guardian. Human rights organizations furthermore are exerting pressure to establish protection programs for survivors and witnesses in cases of rape and harassment.

“The Covid crisis continues to exacerbate inequality and violence,” Pellegrino said. “The pandemic will leave more than half of Latin American women in poverty. Some 118 million. In this context, having a public policy for women is a matter of life and death. Yet, this is not one of Bolsonaro’s goals. He has continuously destroyed programs that would’ve protected women from violence.”

Since 2016, after the removal of Brazil’s first ever female president, in what many perceive as a coup, women’s rights have been severely curtailed. The agenda has been particularly harsh on the growing number of women in poverty, which largely affects Afro-Brazilian women.

Regarding Sorrentino’s harassment video, according to Pellegrino, the latest thing Brazilian feminists have done is launch a campaign targeting all social media users who shared the video as a joke. According to Pellegrino, despite the current climate of suppression by conservatives, ‘popular feminism’ has grown in Brazil. 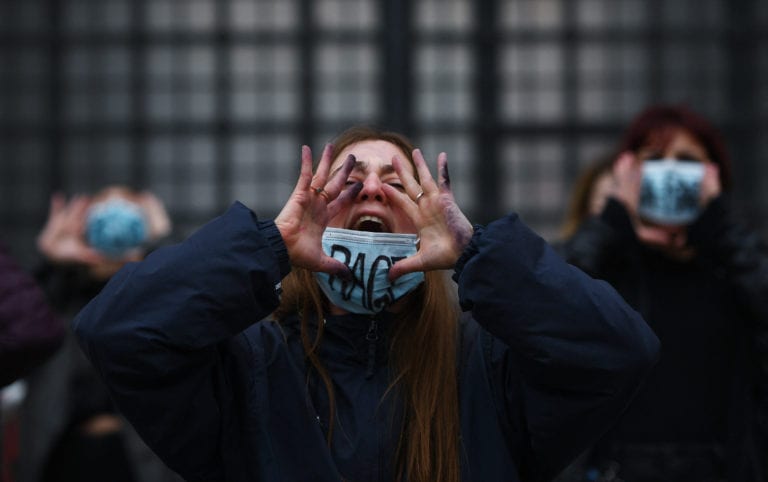