Egypt: “You Will Not Be Left Alone” 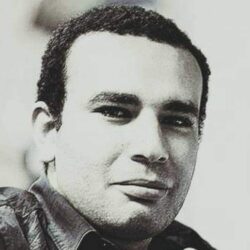 Are the benefits we reap from surveillance technology really worth the price we pay in terms of loss of privacy, submission to paternalism, and the unwanted intrusion of landlords?

Last March, Egyptians woke up to the news of the killing of a young female doctor in Cairo’s Al-Salam city at the hands of the owner of the building in which she resided, the guard and two neighbors. They had broken into her apartment under the pretext that a male friend had entered. After beating her up, they threw her off the 6th floor balcony and left her to die on the sidewalk.

The young doctor’s death shocked Egypt’s educated and feminist circles, but the majority of the population remained silent. Most of them did not think of the murder of a woman living alone because she hosted someone as something that needed to be talked about. The silence was misunderstood by activists who saw the outrage on social media as evidence of society’s change and its rejection of privacy violations.

That same month, a surveillance camera at the entrance of a building in the upscale neighborhood of Maadi showed a man molesting a young girl selling tissues. Most people celebrating the victory over the harasser treated the camera as an ally of the woman whose body was violated and, without it, would not have been able to prove so, as is common in most harassment cases,

What links the two incidents other than the victim being female?

The first story talks about an assault on a woman under the pretext of protecting her honor. Although she was not directly a part of the “honor/ haram arena” of the property owner, her mere presence in a property he owned made her fall under his moral authority.

The second story talks about the sexual harassment of a girl documented by a home surveillance camera.

The connection between the two lies in the control over the entrance to the building, which in both cases is justified by security.

The doorman, the “moral guard of the property,” who rushed to inform the property owner of the entry of a man into the residence of a woman alone – as is his task – in the second incident has been turned into a home surveillance camera.

A direct authority is extended to the property owner without a human intermediary, who is exposed to omission, negligence and preoccupations, which has made real estate owners lose confidence in the possibility of full control over their property.

Not a day passes without the space for personal freedom in Egypt narrowing, after all public freedom has already been confiscated. The property owners, who are among the most conservative segments of society on a social level, and the most inclined to stability on a political level, were amazed by the post-revolution freedoms in particular regarding gender.

Surveillance in Egypt operates in the opposite direction: an ideal instrument of family discipline, a kind of silent modern nostalgia recalling the ethics of the village in which good citizens watch over one another.

The cameras became proof of the purity and uprightness of the owners of a property, a sign that the latter is free from the impurity of any open relationships, in harmony with the ideals of the middle class. Behind the camera, they also became an exercise in power over the personal affairs of the property’s residents, especially singles, erasing all their aspirations for independence and control.

The matter of surveillance is mostly justified by endless security requirements. Surprisingly, it no longer provokes much objection, even among advocates of personal freedom and independence, despite being a highly visible form of encroachment on the private domain, which Samuel Warren and Louis Brandeis famously defined as the “right to be left alone” in their 1890 essay The Right to Privacy.

“I put six surveillance cameras at the entrances of the building and none of the residents objected,” said Muhammad Raafat Al-Yamani, head of the Residential Building Owners Association (RBOA) in the Al-Haram area in Giza. “On the contrary, they paid for it and put the recording unit with me. If anything happens, they turn to the recordings.”

“Every time I enter a building, I feel suffocated by the camera at the entrance or, rather, I feel a desire to break it,” arts student Shadi Mohsen told Daraj. “Even street cameras annoy me. They now put cameras in the hall and at the staircases as well. I always think that their goal is to prevent bosses in the building, rather than provide security, because there are doormen and sometimes even security personnel. How miserable this country is in dealing with modernity.”

A moment of reflection reveal some of the paradoxes of surveillance. It undoubtedly has positive aspects such as reducing crime and documenting incidents of harassment. But are the benefits we reap from surveillance technology worth the price we pay in terms of loss of privacy and independence, submission to paternalism, and unwanted intrusion of landlords?

Electronic surveillance is an issue in which social, cultural and political dimensions overlap, all of which impose challenges on one’s personal privacy. And its damages in this respect are much more severe than the presence of a vigilant property guard.

In both cases one has to modify one’s behavior due to being visible, yet in the case of a camera there are added risks related to the material being recorded and copied with the possibility of it being subject to publication on the Internet or haggling.

The increasing use of this technology, which is cheap and largely uncontrolled, is changing the nature of the housing environment itself, as well as the nature of what we do and how we do it. It weakens our psychological independence and creates a state of discomfort, as Raymond Wax argues in his book Privacy: A Very Short Introduction.

Surveillance benefited the girl who was harassed at the entrance of the Maadi Building, but a future of daily monitoring seems truly frightening, as we slide towards ever more intense surveillance technology, outside public places and outside the scope of the law.

At the mercy of the intruder behind the screen connected to the camera, our freedom is being eroded as he tries to convince us he only wishes to protect us.

The process of authoritarian supervision of the daily lives of Egyptians seems active. In addition to property owners boasting about the cameras installed in buildings, the state itself encourages this activity that is so dear to its heart.

This is evidenced by the expansion of business surveillance technology and camera stores that have spread like wildfire.

“These cameras are not legally licensed, meaning you do not need a license for them, even if they record audio and video,” said Al-Yamani of the RBOA.

And there is no guarantee that the social costs of surveillance cameras weigh up to the increased security that is expected from them. Criminals do one of two things when it comes to a camera in a residential property: they disguise themselves with a mask or walk face down wearing a cap, thus making the camera useless. They can also opt to target another building, one without a camera. This may benefit property owners, but does not reduce the overall crime rate.

“Contemporary capitalism is witnessing a boom in security and control,” said Amin Hamzawy, a translator and writer interested in the social effects of technology. “This has to do with the distribution of wealth that is monopolized by a very small segment that lives fortified in cities.”

The negative effects of the spread of home surveillance cameras are increasing. Personal freedom is surrounded by tools of social control. It is as if surveillance cameras are setting the rule: “You will not be left alone.” “A large part of vacant jobs in Egypt are for security personnel, which are often occupied by university graduates for low salaries,” said Hamzawy.

“This leads to psychological impoverishment. Imagine your daily activity is to open and close the gate to a compound and check IDs. The worst is that you sit in front of a monitor to see both the inside and the outside, yet are deprived of any human contact for most of the day.” The challenges this technology pose to privacy and personal freedom cannot be underestimated and cannot be countered by security arguments alone.

Attention to privacy is not a luxury. It is the basis for the relationship formed between the individual and society, between the private and the public. It is a space still clouded in a country that is still making its way to become a society, and goes way beyond established traditions of intimate control of everyone over everyone. T

his blurry line between the private that must be protected and the public that must be secured, should not be resolved in the interest of eliminating privacy, but rather by strengthening it with a legal arsenal and a public opinion capable of balancing interests and liberties in order to protect the space we need to preserve our independence and to be comfortable without any masks or false morals … for they only serve to disturb and bind us even more. 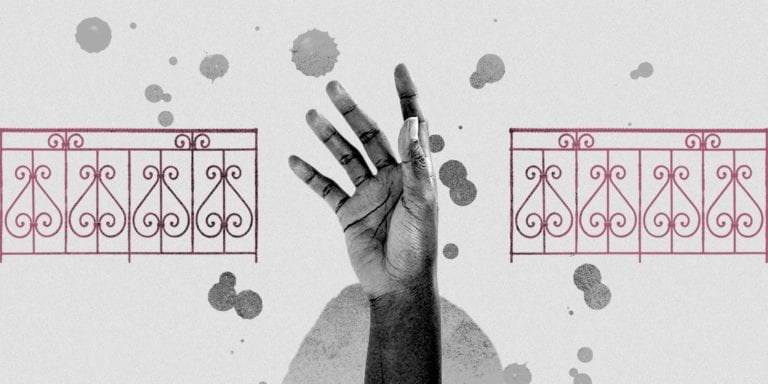