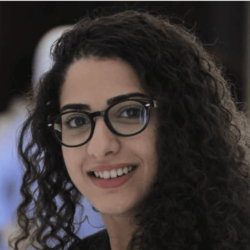 Lebanese banker and notorious big game hunter Marwan Kheireddine suggested for the banking sector to run the state. But what does he know about the crisis? Having a string of foreign and offshore companies, he bought a yacht and New York penthouse, while the Lebanese lost everything.

“The state is the one that is supposed to build the banking sector, not the banking sector building the state. The state should implement specific policies. But if they want us to run the state, that might be the best solution. Let them go back home, hand us all the companies, and in 10 years we’ll pay people back their money and restore the wealth of Lebanon as well.”

This is the radical solution proposed by banker, businessman and former minister Marwan Kheireddine to escape the economic crisis holding Lebanon in its grip. But what does Kheireddine actually know about the crisis?

He and his fellow bankers and politicians have heard about the crisis, but they do not know it or feel it. Most of them rushed to smuggle their money abroad. And Kheireddine was no exception.

While banks in Lebanon, since the start of the crisis in October 2019, have imposed an illegal “freeze” on Lebanese deposits preventing people from withdrawing money in dollars, and transferring money abroad, Lebanese bankers, politicians and senior businessmen did transfer their money abroad.

As part of the Pandora Papers, a giant leak of over 11.5 million financial and legal records that exposed a system enabling crime, corruption and wrongdoing, hidden by secretive offshore companies, which was researched by the International Consortium of Investigative Journalists (ICIJ), revealed that Kheireddine owns two offshore companies in the British Virgin Islands.

Although it is legal to establish such companies, it is often a path for tax evasion or “suspicious” activities, as the British Virgin Islands have adopted a high standard of confidentiality.

One of these companies was associated with the son-in-law of a well-known international drug dealer. In 2019 and 2020, the years that Lebanon went economically down the drain, Kheireddine furthermore established several companies in Britain.

Born on February 14, 1968, Marwan Kheireddine is the Chairman and General Manager of Al-Mawarid Bank (AM Bank), which was co-founded in 1980 by his father Salim. By June 2017, the family-owned bank ranked as one of Lebanon’s 15 biggest banks with assets worth over $2 billion, a network of some 17 branches and over 400 employees.

Aged 53, Kheireddine is also one of the founders of the Lebanese Democratic Party (LDP) and a member of its political council since 2001. His sister is married to party leader Talal Arslan. Kheireddine was his advisor on the portfolios of tourism, expatriates, youth and sports.

From 2011 until 2014, Kheireddine was Minister of State in Najib Mikati’s government. As a “veteran banker,” he was a member of the Board of Directors of the Association of Banks in Lebanon (ABL).

1. Oakwood International Holdings Limited, which he owns with Huda El Khalil and Waseem Kheireddine. The first is his widowed mother and the sister of Lebanese MP Anwar Al-Khalil. The latter is his brother with whom he partners in many projects.

Marwan Kheireddine became Oakwood’s director on June 27, 2011, following the resignation of Jitendra Manikal Kaul, who was named in the 2016 Panama Leaks as the co-owner of an offshore company with Akbar Asif and Iqbal Mirchi’s brother-in-law, according to Indian Express.

Mirchi, who died about 8 years ago, was wanted by Mumbai police on drug trafficking charges related to the infamous Indian drug lord Daoud Ibrahim, who was on the FBI’s 2011 list of “10 most wanted fugitives in the world.”

On the day the former director resigned and Kheireddine took over management, Oakwood shares were transferred from Mustique Investment Ltd. to K Three Inc., both based in Panama. Note that Mustique Investment had acquired its shares from Akbar Asif and Kavita Charles Singh.

Here it is worth asking: Did Kheireddine not ask about the background and history of the company whose shares he bought and managed?

2. Driftwood Limited, Marwan Kheireddine took over, following the resignation of former director Yahya Mawloud, who transferred his shares to Kheireddine on April 16, 2019. Mawloud had been director since July 2018. In April 2019, a few months before the outbreak of the Lebanese crisis in October 2019, Kheireddine used Driftwood Ltd to purchase a yacht for $2 million.

Who is Yahya Mouloud?

Holding a master’s degree in electrical engineering from the University of Balamand, Mawloud is a member of the Order of Engineers & Architects in Tripoli and North Lebanon and one of the founders of the Youth Economic Forum, of which he was elected president in 2011.

MEP is registered both locally and offshore. In addition to Mawloud, its owners are Karim, Karma, and Nadia Tahsin Khayat. Tahsin Khayat is one of the most prominent supporters of Mowloud in his career.

In 2019, Mawloud ran for the by-elections in Tripoli after the Constitutional Council invalidated Dima Jamali’s prosecution. Mawloud ran as an independent challenging the traditional parties.

One of the leaked documents Kheireddine has used to establish the two offshore companies mentioned above.

“We hereby certify that Mr. Marwan Salim Kheireddine, holder of a Lebanese passport, born on February 4, 1968, current residential address Beirut Central District, Saifi Village, Beirut, Lebanon, has been a client of our bank since December 31, 1994.”

Kheireddine did not provide this service only for himself, but also for Muhammad Baasiri, former deputy governor of the BDL.

“We are pleased to confirm that we have known Mr. Mohamed Baasiri for 25 years and that he has never, to the best of our knowledge and belief, been implicated in any bankruptcy charges, felony or similar proceedings. We consider him financially reliable and of good moral standing …”

A prominent Lebanese banker with American citizenship, Mohamed Baasiri served as Deputy Governor of the BDL from 2009 to 2019. He was in charge of the liquidation of the Jammal Trust Bank from September 2019.

Baasiri also served as the BDL’s Secretary-General of the Special Investigation Commission to combat money laundering between 2001 and 2009 and held several other important positions. He has been head of the Private Sector Dialogue Initiative between the United States, the Middle East and North Africa since 2006 and was a resident advisor at the International Monetary Fund in 2000 and 2001. 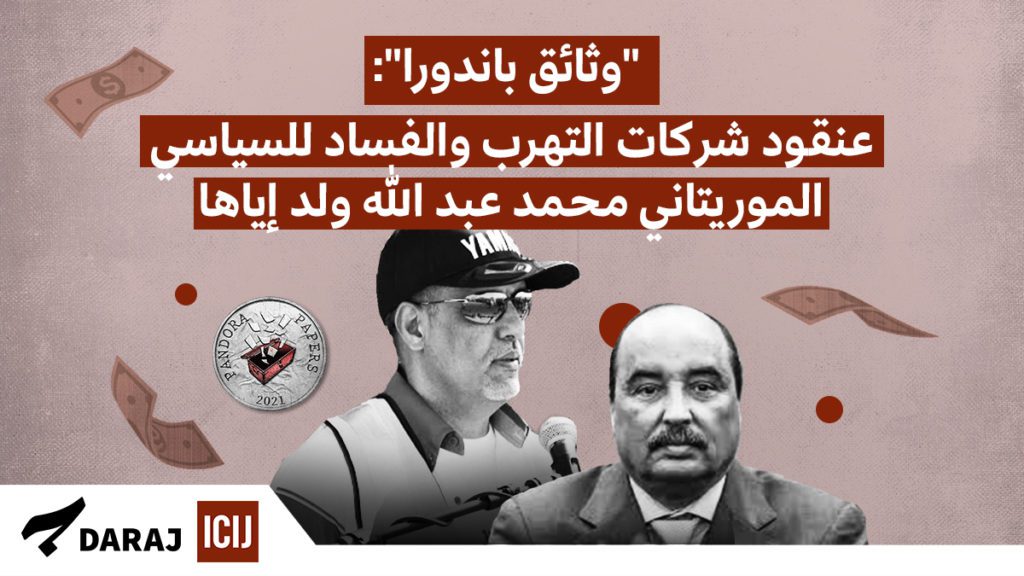 People who think that Kheireddine’s commercial activities are limited to Lebanon are mistaken. The “head of the gang” as Zbeeb called him referring to his control over his thugs threatening others, was not satisfied with just Lebanon. He and his brother Waseem made numerous investments abroad, specifically in Britain:

Most of these companies were established on the same date, January 28, 2019, which is a few months before the economic crisis erupted in Lebanon, while Danesfield was established in November 2020.  Most of them also have the same address: 48 Park Street, London, United Kingdom, W1K 2JH. Tracing this address through Google Maps leads us to this building:

All of these companies are classified as “small companies” which, under Section 477 of the British Companies Act 2006, are exempt from auditing.  Is this the reason why Kheireddine chose to establish several small companies instead of one medium or large company? To avoid having to share financial details?

NY Penthouse A few months before establishing his last company, in August 2020, Kheireddine bought a $9.9 million penthouse in New York from the famous American actress Jennifer Lawrence, who reportedly suffered a loss of $ 5.7 million. A year earlier she had put it on the market for $15.6 million. The penthouse illustrates just what kind of investments Kheireddine was able to make in 2019 and 2020, while Lebanon’s banks were “plundering” people’s accounts and savings.  The investments of Kheireddine abroad increased significantly before the start of the political and financial collapse of Lebanon. Is this a coincidence? Did Kheireddine buy the property with his own money or with the deposits of the Lebanese that were being frozen by Lebanese banks?

Local Companies with a Link to Kheireddine

Kheireddine has many links to local companies, whereby there no doubt he mastered the game of media and politics, as he strengthened his relations with powerful people in those fields, including: Pierre Daher, Nicolas Sehnaoui, Maurice Nicolas Sehnaoui, Michel Gabriel El-Murr, Nihad Saleh Al-Mashnouq, Talal and Malik Arslan and Majid Jumblatt.

The most prominent companies in which he has a stake:

1- The Lebanese Broadcasting Corporation International (LBC) with Pierre Daher and others. Kheireddine owns 3,700 shares out of a total of 7,252,000 shares.

4- Phoenician Entertainment Management Holding Company, in partnership with Nohad Al-Mashnouq and others.

5- The Arab Orient for Marketing and Development

13- The Arab Orient for Marketing and Development

16- Megastores of Lebanon with Jihad Gabriel Al-Murr and others.

Kheireddine was born in a family that historically worked in agriculture, especially in olives and olive oil in the region of Hasbaya. His father Salim in 1959 decided to go to Beirut to study business administration at the American University of Beirut.

Salim and partners then opened a travel agency ‘Travel’, which quickly became one of the largest in Lebanon. Subsequently, branches were opened in Sydney, New York and London. From the London branch, which was managed by him, Salim started investing in real estate.  In 1970, Salim first invested in the Lebanese banking sector by buying shares in the Bank of Beirut and the Arab Countries (BBAC). However, when the Lebanese government in 1979 issued licenses to establish banks, Kheireddine Sr. sold his BBAC shares and established Al-Mawarid Bank, a year later.

Following in his father’s footsteps, Marwan Kheireddine studied business administration in Britain and obtained an MBA from the US. He returned to Lebanon in 1992, worked in his father’s bank and became chairman of the board of directors in 1993. 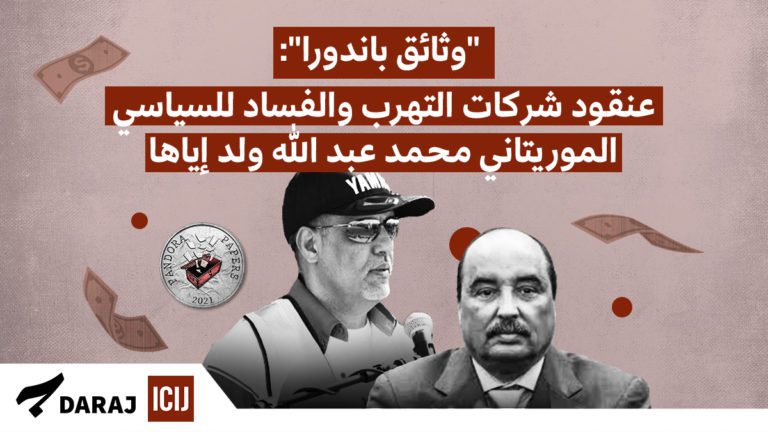