Azerbaijan Conveys the Problems of the Middle East to the Caucasus

The war evidently did not end this conflict. It only succeeded in adding Middle Eastern problems to the already complicated Caucasus!

Last year, on September 27, Azerbaijani armed forces launched a massive attack along the entire frontline of the Karabakh conflict zone. Forty-four days later, at the cost of sacrificing thousands of young recruits, Ilham Aliyev succeeded in his bet: to mark a military victory on the Armenian forces, and get back not only the Azerbaijani territories that were conquered by Armenian military during the first Karabakh war (1991-1994), but also Armenian inhabited districts such as Hadrut and especially the symbolic town of Shushi (Shusha in Azeri).

This Azerbaijani success was conditioned not only by its bigger army, larger quantities of armaments available and especially by the technological superiority of Israeli and Turkish drones and missiles it purchased that gave Azerbaijan air superiority. But also Azerbaijan was able to bring Turkish military participation, use Syrian mercenaries in the battlefields, and import hundreds of tons of sophisticated military material from Israel during the war against an isolated Armenia.

Yet, the final word was that of Russia: few hours after Russian forces started moving from their bases in Armenia to Karabakh conflict region, and after a Russian helicopter was shot-down by an Azeri missile, the November 9 agreement was announced.

Now, a year after the war started, and nearly eleven months after it ended, the positions of the conflict sides and influential powers changed dramatically. Yet, the war did not put an end to the conflict; it just transformed it.

The Armenian leadership has radically shifted its discourse; before the war, the Pashinyan administration had adopted a confrontational rhetoric, with slogans such as “Artsakh is Armenian. That’s it”. Artsakh is the Armenian name for Karabakh. Such announcements aimed to counter the bellicose Azerbaijani announcements with an equally aggressive Armenian one. This policy, instead of creating equilibrium between the two conflict sides, it simply exposed that the 26 yearlong negotiations were in a dead-end.

Pashinyan team surprised many by surviving the defeat, but also even winning snap elections after that. If the elections somewhat eased internal tensions, it did not end the malaise in the country, largely because the Armenian authorities failed to explain to their public opinion why the war happened, why Armenia stood alone and was defeated, and why now they have changed their discourse from challenging Azerbaijan calling for “peace” with both Azerbaijan and Turkey.

If Armenian authorities radically changed their official line, Azerbaijan did not. Before the war, it was extremely difficult for Ilham Aliyev to achieve a negotiated solution to the Karabakh conflict. This was due to his lack of political capital to convince his constituency for such a compromise: not only the first Karabakh war had caused the downfall of two previous Azerbaijani presidents (Ayaz Mutalibov and Abulfaz Elchibey), but also his authoritative father Heydar Aliyev had tried to negotiate with Yerevan and was close to a deal only to face fierce opposition within his immediate collaborators.

Proposing a compromise solution for the conflict was the single most delicate move for any ruler in Baku. When Ilham Aliyev succeeded his father in 2003, he concluded that any attempt to compromise would make him be seen as weak, and expose his regime to internal instability. Instead, he chose a hardline course, spending billions of petrodollars for the military effort, escalating his verbal threats, and hardening his negotiating position.

Hard-line position on the ethno-territorial conflict went hand-in-hand with hardening of his internal policy, cracking down not only against Azeri opposition, but also against independent organizations, be it human rights lawyers or media structures.

In the aftermath of the 2020 war, Ilham Aliyev for the first time since coming to power earned political legitimacy and wide popularity that no other Azerbaijani president enjoyed before him. Victory gave Ilham Aliyev the possibility to choose, whether to continue the conflict and even escalate it, or to be far-sighted and try to turn the page of antagonism and strive for peace. Yet, Ilham Aliyev chose to continue the conflict. Azerbaijan sent its troops into several border areas of Armenia proper, where soldiers in high mountains or even on Ararat plain shoot at each other.

Azerbaijan continues to keep Armenian war prisoners, and calls Armenian towns and cities “historic” Azeri lands. Politically, Aliyev declared that the Karabakh conflict was over, and there was nothing to discuss concerning the future status of Karabakh. This meant that the OSCE Minsk Group, which has been designated by the international community to mediate in this conflict, was obsolete from Baku’s point of view.

Ilham Aliyev’s political choices are not simply calculated steps to force concessions on Yerevan, or to keep his post-war popularity at home last longer; it has ideological and even psychological dimensions. Otherwise how to explain the erasure of Armenian churches and cemeteries in Karabakh, or the construction of fascistic “Trophy Park” in his capital Baku exposing effigies of dead or dying Armenian soldiers?

Azerbaijan’s bellicose positions have created new tensions, and new problems. The three co-chairs of OSCE Minsk Group – Russia, USA and France – continue to consider that the conflict is not over, that Karabakh’s status still has to be determined, and their mandate as mediators is not over. In other words, they are not happy with Aliyev’s post-war positions.

Another country that is very unhappy with Azerbaijani policies is Iran. After Azerbaijan blocked a main highway linking Iran with the Armenian capital, arresting several truck drivers, Iran launched massive military maneuvers in its border regions with Azerbaijan under the code-name “Conquerors of Khaybar”. Yet, not only this reference to the Battle of Khaybar – when in the year of 628 early Muslims fought Jewish tribes in the Arabian Peninsula – there are signs that Iran is angered by Israeli military presence inside Azerbaijan.

Just like Armenia was forced to be increasingly dependent on Russia following the 2020 war, Azerbaijan during the war and in its aftermath has come under growing Turkish military influence. Turkish military activities and war games are continuous. What will happen to Azerbaijan, but also to Karabakh and Armenia, if Russia-Turkey relations degrade and the Caucasus transforms into a field of conflict between them?

The war evidently did not end this conflict. It only succeeded in adding Middle Eastern problems to the already complicated Caucasus! 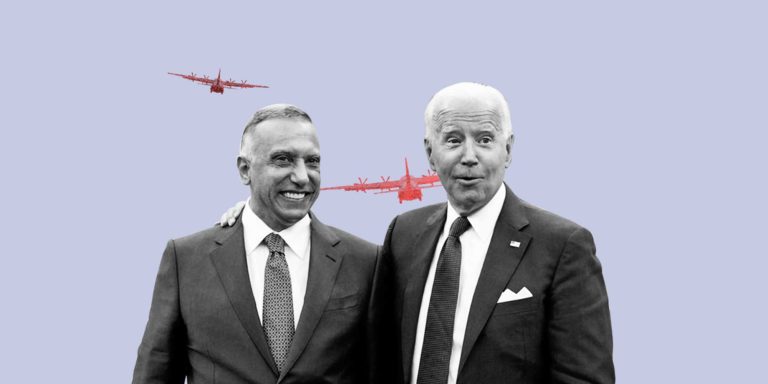