Palestine: 30 years of Captivity is Not Enough? 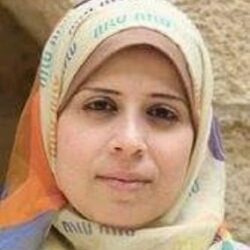 Mahmoud Al-Aridah, who masterminded the “Freedom Tunnel” is a leader, intellectual and athlete. And he is stubborn. But he is also a person with a heart who dreams of freedom, marriage and living in peace. So, all officials must work hard to release him. Thirty years of captivity is enough.

“I tried to go to you and embrace you, dear mother, before you would leave this world. But God has decreed otherwise. You are eternally present in my heart and conscience, and I want you to know that, after 25 years of deprivation, I ate figs, prickly pears and pomegranates from across Palestine. I also ate sumac, and wild thyme. And in my pocket, I carried a box of honey as a gift for you.”

These are the words about the taste of freedom Mahmoud Al-Aridah wrote in a letter to his mother that he gave to his lawyer after his re-arrest on September 11.

The 46-year-old is considered the mastermind behind Operation Freedom Tunnel, which saw him and five other Palestinian prisoners escape from the heavily fortified Israeli prison of Gilboa on September 6, an event that shocked Israel.

“I’ve breathed the aroma of freedom and saw that the world has changed,” Aridah continued his heartfelt letter. “I climbed the mountains of Palestine for hours, passed the wide meadows, and realized the plain of Araba, my hometown, is only a small part of Beisan and Nazareth.”

“Peace to all my family and friends,” he added. “I escaped from prison to see you. In the video from Asinat you, my uncle, told me to run away and I did what you wanted.”

Aridah, who serves a prison sentence of life plus 15 years, and the five other escapees are residents of the Jenin governorate in the northern West Bank.  Using mainly spoons, they managed to escape by digging a tunnel from within their cell.

Mahmoud’s sister Huda, who is herself a freed former prisoner, tells us the story of Mahmoud’s shirt. “Mahmoud, who is very attached to children, would stand at the prison door and receive his nephews with hugs and kisses, until the Israeli authorities in 2000 forbade him to receive children, unless they were his own,” she said. “Yet Mahmoud is not married.”

“One time, he asked me to send him my son Mahmoud’s shirt,” she continued. “He stipulated that the smell of sweat should still be on it, and that he would wear it and play with it. So, I brought him Mahmoud’s shirt, although it was prohibited to enter clothes.”

“During my detention in Tel Mond prison, which lasted for three and a half years, Mahmoud was allowed to visit me once,” she said. “He was ‘flying’ with joy. He had a watch in his hand, which he quickly put on me, before the soldiers saw us. He also brought me perfume, pens and colors.”

“But since I got married in Gaza in 2011, I have not been able to visit him,” she said. “I tried in 2019. But soldiers at a checkpoint at Tulkarem turned me back and prevented us from meeting.”

Any News of a Deal?

“Mahmoud is my soul mate,” Huda said. “I am a year older than him. We share memories of participating in the demonstrations of the first intifada in 1987, before he was arrested for the first time. He was only 15 years old. He was released following the Oslo Accord in 1996. But only six months passed before he got re-arrested. After that he was re-arrested again and has remained in jail until today.”

“I talk to Mahmoud almost every day by phone,” Huda said. “The last call was two days before his escape from Gilboa prison. We laughed a lot. I’m trying to remember about what, but I can’t. He did ask me if there was any news about any deal. I told him that there were negotiations.”

Tariq Ezzedine, a former prisoner freed in the 2011 Shalit deal and today director of Prisoners Radio in Gaza, explained that prisoners are always thinking about gaining their freedom by any means. “Because they have little hope of ever being released,” he said.

Ezzedine, who met Aridah during his more than 10 years in prison, told Daraj that: “Mahmoud was raised by a group known as the Black Panthers, who operated during the first intifada. That is why he possesses unique capabilities that lead him to a such a bold operation as escaping from Gilboa prison.”

“When Mahmoud and his companions came back above, they did not hide in a cave,” Ezzedine said. “They came out because they insisted on obtaining freedom. This is the third attempt to escape for Mahmoud and three of his companions.”

“Of them 543 have been sentenced to life imprisonment at least once, 104 have been detained continuously for over 20 years, while 550 are sick and 530 are administrative detainees, meaning they have been detained without charge. The detention is renewed every six months. There are furthermore 38 female prisoners and 180 children under the age of 18 in Israeli prisons.”

It is estimated that some one million people in all Palestinian territories have experienced Israeli detention since the occupation started in 1948.

“I imagined officer Sa’ar as soon as I heard the news about the escape of the six prisoners from Gilboa prison, because of his brutal treatment of prisoners,” said Hani Lahluh from Jenin who stayed in Israeli prison for 18 years.

“Not a day goes by in Gilboa prison without an event that results in abuse or humiliation of the prisoners,” Lahluh explained to Daraj. “But internal tensions were not the main reason for the escape of the six prisoners. Breathing freedom is the dream of every prisoner. Mahmoud had not touched the soil for 25 years, Jacob for 18 years, and Ayham for 16 years.” 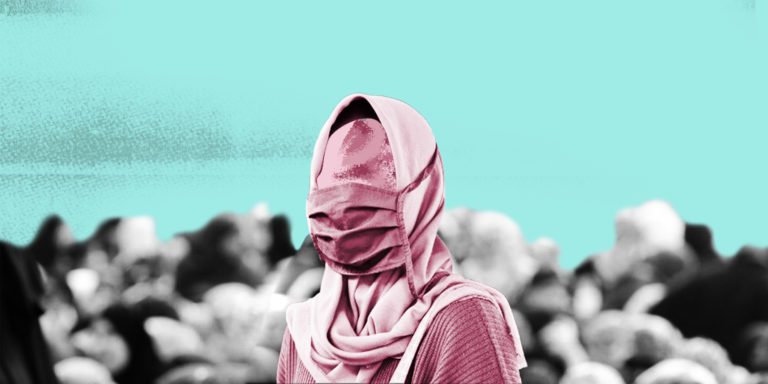