Macron’s recent visit to Saudi Arabia was the first time a Western leader landed in the kingdom since the murder of Jamal Khashoggi. Just prior to that he signed arms deals worth €17 billion in the UAE. What moves the French President?

The actions of French President Emmanuel Macron, who has been courting many of the region’s authoritarian leaders, raises the issue of the West’s relationship with us.

On the one hand, President Macron aims to be reelected and is trying to secure a network of interests beneficial to both his country and his campaign, without much concern for human rights and democracy.

On the other hand, our countries went through transformations that have resulted in authoritarian structures. Some even benefited militias. This has forced the West to interact with dictatorships, especially when the latter tempted the West with solutions to the refugee crisis or terrorism, or simply offered huge financial deals.

Among the results of Macron’s intervention in Lebanon is the backing of a corrupt political class and an armed militia loyal to Iran that carries out assassinations. This happened with the aim of clinging onto France’s “historical influence” in the country and courting Iran through Hezbollah to possibly obtain a share in any future nuclear agreement.

In Egypt, Macron has ignored the presence of some 60,000 political prisoners, the country’s emergency laws and the illegal use of pretrial detention in order to build a strong relationship with the regime of President Abdel Fattah al-Sisi. It resulted, among other things, in the misuse of French intelligence, which caused the death of numerous civilians in the Libyan desert, as the French website Disclose recently revealed.

The thing is: there is also a responsibility that falls on our shoulders in regards to how our situation was born.

A few days ago, Macron landed in Saudi Arabia. It was the first visit of a Western leader to the kingdom since the murder of journalist Jamal Khashoggi. Amnesty International dubbed it the “rehabilitation” of Saudi Crown Prince Mohammed bin Salman. The visit, which in part hoped to help resolve the crisis between Lebanon and the Gulf, was marked by the signing of various deals, most of a military nature. The same ritual took place in the United Arab Emirates (UAE), where Macron was welcomed just before his visit to Saudi Arabia.

Macron and the Emirates signed a contract to purchase €17 billion worth of French arms, despite the country’s bleak human rights record, which includes torturing and killing civilians in Yemen.

These deals will arguably not be used in the French president re-election campaign, even though a French official said that the 80 Rafale fighter jets ordered by the UAE alone will support 7,000 French jobs.

Although Macron’s actions ignore issues of democracy and human rights for the sake of political influence, arms deals and his electoral campaign, the picture remains incomplete if we do not take into account the specific conditions in our countries.

The Lebanese political class came into power through elections, yet a great many of the country’s leaders have allied themselves with a militia and remained silent on its weapon arsenal. In Egypt, Abdel Fattah al-Sisi’s coup initially enjoyed wide political and popular backing before repression became the norm.

The Lebanese political class came into power through elections, yet a great many of the country’s leaders have allied themselves with a militia and remained silent on its weapon arsenal. In Egypt, Abdel Fattah al-Sisi’s coup initially enjoyed wide political and popular backing before repression became the norm.

The thing is: there is also a responsibility that falls on our shoulders in regards to how our situation was born.

It is true that the Lebanese parties issue election laws that suit them and that the revolution launched against them raised the question of legitimacy. It is also true that the military coup in Egypt was not easy to resist.

Meanwhile, it is also true that it is hard for the West to deal with all the details and mechanisms of the authoritarian systems in our region. In the end, that is first of all our responsibility. The West deals with the outcome of a political situation and of course it does not mind dealing with autocracies that cooperate on such issues as refugees or terrorism.

Macron is mistaken in courting the Saudi crown prince, but to what degree can he ignore a country that helps controlling the price of oil? Or the UAE, which has such enormous influence in the region? In addition, there are political dilemmas within Western countries that influence their behavior towards us.

What appears to be negative in the case of Macron, i.e. dealing with dictatorships to benefit electorally, was perceived as positive when US President Joe Biden intervened to stop the recent fighting between Israel and Hamas. The left wing within the Democratic Party had pressured him to take action.

In other words, there has been no decisive decision to deal with dictatorships on the part of the West, which previously supported the Arab Spring uprisings. There are political issues and public opinion to deal with within Western countries, and transformations producing dictators within our region. Putting Macron’s actions in a broader context related to France and the specific circumstances in our countries does not mean morally vindicating him.

It is problematic to formulate balanced policies in support of the democratic forces in our region, while dealing with the forces that control our countries. It is difficult for the West to boycott countries, simply because their rulers are dictators, and investing in these rulers for the sake of their electoral campaigns. 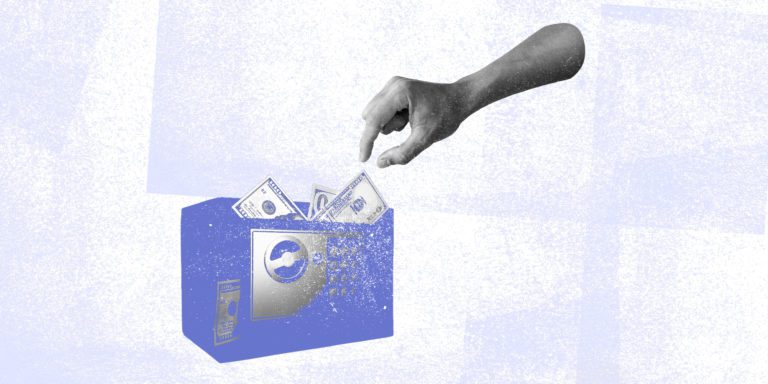