Children of Syria… Begging for Bread and Matches

Painted on the side of a breeze block building in the middle of war torn Idlib…‘SAVE THEM’…emblazoned and underlined. A mural of Hans Christian Anderson’s, The Little Match Girl, left by the Syrian Banksy.

The famous story of a young freezing girl’s dying hopes that she sees in the flames of the matches she’s meant to sell. It struck a chord with me in the similarities to a phenomenon that seems to be engulfing the Syrian street children. That need to escape into an enclave that numbs the bitterness of street life.

From the Syrian refugee street children of Beirut, ‘…not thieves, nor are they criminals, writes child protection specialist Cynthia Sleiman. Despite their hardships, they can be incredibly compassionate, and have hopes and fears just like everyone else’. To the estimated 26,000 homeless children from Syria in Istanbul, marginalized, stigmatized, discriminated against and left to their own devices. They are lost amidst a vicious cycle of being abandoned by a system that doesn’t place much urgency into integrating the orphans into society. Forgotten, a nuisance to those whom they live amidst, the perfect fuel for right wing rhetoric. But ‘…they are just children, filling the street with their noise.’

And for or an hour of happiness, anything to forget the biting cold and the pains of hunger. The disheveled ghosts of children staggering around these cities, seek refuge in ‘the flame’.

I strike a match and the children are screeching in delight as the Eid swings go higher and higher.

Resorting to their own version of the magic matches, ‘The flame’, an adhesive glue, which is squeezed into a plastic carrier bag and then inhaled, enticingly cheap and highly addictive. An accessible escape from the brutality of destitution. Three hundred Syrian Pounds or there about on the streets of Damascus.

There is a video of a little girl behind the barriers on the edge of the River Barada.  She can’t be more than 11 years old.  Her auburn disheveled hair bluntly clipped as if to make life less cluttered, more time for begging and drugs. She is lying down and clearly in the grips of another realm, her face enveloped in the carrier bag. Exhale, inhale as it collapses then fills with her childish breath. A man stands over her as he films.

‘What are you taking? Why are you smelling it?’

He pulls her up into a seated position. She moans as she sucks greedily on the bag and inhales deeply back into the calm inside. Deep exhales.

Her answer is ineligible.

‘Where are you from?’

‘Where is your family?’

‘My mother is dead and my father is in prison.’

Desperate inhalation and she falls back into a prone position. The man pulls at the bag and she comes up with it, strongly clutching on and crying, huddling over it possessively, she throws her head back to reveal a face lost to a drug high.

The next clip shows the child in the river, standing at the edge, groping at the wall and crying as members of the public struggle to pull her out. Whether she threw herself in, fell in, or was trying to retrieve her bag is not clear.

When other children have been interviewed and asked as to why, they say it takes the edge off hunger, it numbs the senses and helps them to forget, it takes them to another world.  The one they lost long ago. Do we not all wish to go back to that which was lost? Maybe she was looking for her mother. Maybe there she was back in her arms, her hair long and lustrous, her clothes clean, her cheeks rosy, and her belly full.

I strike a match and there I am back on the bank of the Orontes, the ancient norias singing as they churn away, children jumping into a glorious summer’s dream.

My last visit to Damascus was back in 2017, amidst the throes of the ongoing civil war. Damascus a fortress stacked from wall to wall with human misery. There was no water and barely any electricity, and I walked those streets that I could no longer recognize in a stupor. And I saw first-hand the street children of my city. There was one girl in particular, sat on the side of the road with a box of Chiclets. She was tiny, no older than my youngest child at the time. At first, I thought she was alone, I approached her and spoke to her, but her uncle emerged from the shadows to reassure me. A beautiful little girl sat on the side of the road selling chewing gum, her beauty a means to attract the pity of passers-by. They were refugees from Aleppo. There were children like her everywhere. Huddled in doorways, some sleeping as it was safer to sleep in the daylight hours, some begging, and some just staring into the distance. No longer the city I knew and loved.

I crossed over Victoria Bridge that day, only to find two other children, one clearly with a deformed leg, she had broken it and hadn’t received the adequate medical attention needed, and as a result was lame. Sat with her sibling begging in the cold of January on Victoria Bridge. I gave her the money remaining in my purse in the naïve hope that she would go ‘home’. I sat down beside her in a heap of helplessness, just watching people walk on by in obliviousness, all consumed with their own battles for survival, as they stepped over her leg as if it were nothing but a twig.

Children that should have been in the warmth of their homes and at their desks at school. According to the United Nations there are 2.6 million displaced children within Syria, 2.5 million children living as refugees in the neighboring countries. 5.5 million Children in need of humanitarian aid.

I strike a match and the buildings are intact. I strike another and the White Helmets never existed.

The indignities we face within our own borders that force us to flee only to be met with those of foreign lands. Given numbers in the security branches of Syria, the Czech hauled us off the trains only to scrawl their numbers on our arms. Beaten in the Balkans on route to Germany. Denmark rescinding temporary residency status and incarcerating us indefinitely in detention centers. The cases so far have been mostly women and older people, as the country recognizes the danger posed to men who are in danger of being forcibly conscripted or punished for having fled.

I strike a match and my brother’s skin is smooth, no trace of the shrapnel.

We fled a government that gases its own people, that crosses ‘red lines’ unchecked. That forces us to queue for hours for a loaf, and bombs markets and bread lines. Forces us to haul gas canisters through the streets, to sleep overnight in our cars in the hope of fuel, only to return home empty handed. Where we disappear into the darkness at check points. Where we are forced to smuggle our way over borders, swim across seas

According to Amnesty International, violations are ongoing, those refugees returning to Syria have been subjected to forced detention, torture and rape. The military onslaught may have subsided, but the same government that subjugated its nation still reigns. That very same government that is slowly being rehabilitated back onto the international stage, with its vast catalogue of human rights violations being conveniently forgotten. A government that made our children orphans and abandoned them to the streets.

I strike a match, I see your face.

I’ll save my last match for Christmas Day. 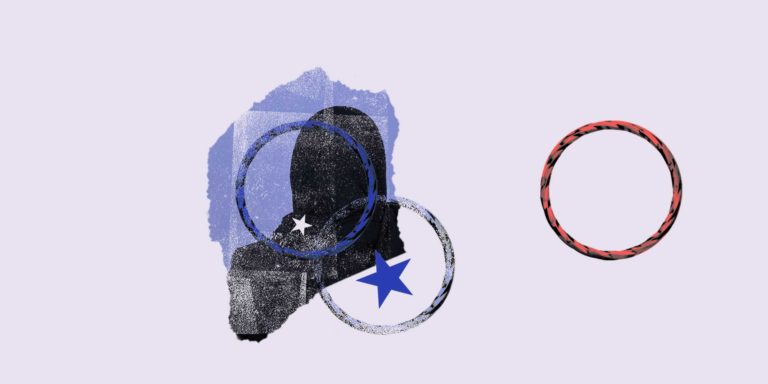