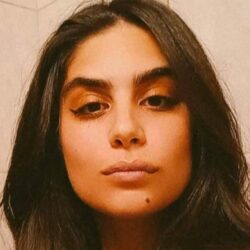 Zeina’s family has almost forgotten the taste of chicken and meat. A can of beans costs some 30,000 and a kilo of tomatoes 15,000 Lebanese pounds. ‘These foods were consider to be for the poor,” Zeina said. “Eating them today is a luxury.”

As the exchange rate has risen from 1,500 to over 33,000 Lebanese pounds (LPB) to the dollar, a record, many families groan below the poverty line, as they cannot secure even their most basic needs, while before the crisis their situation was acceptable or even good.

The salaries of their breadwinners used to secure a minimum level of social, nutritional, and educational stability. The minimum wage of 675,000 LPB a month equaled $450. Today, it does not reach $20.

Zeina sighs and tries to hold back her tears when asked about her family’s living conditions in light of the stifling crisis. The 35-year-old mother of two faces a daily struggle in making ends meet. Her husband works in a cement company. He receives a salary of some 1.5 million LBP or $33 a month.

“Since the beginning of the crisis in 2019, we’ve tried to dispense with luxuries little by little, but we never imagined food would become a luxury!” she said.

As the Lebanese pound continues to collapse against the dollar, prices of food, fuel and medicine are rising in an unbelievable and exaggerated manner, due in part too to the greed of traders and the total absence of the state.

Zeina’s family has almost forgotten the taste of chicken and meat. She hopes the broth she prepared will suffice for about a week.

“The price of a kilo of meat is about 250,000 LBP, while a kilo of chicken costs 100,000 LBP,” Zeina said. “So it is only normal, given our situation, that we resort to recipes based on grains and vegetables only.”

“But the prices of grains and vegetables are also rising,” she said. “A can of chickpeas or beans now costs up to 30,000 LBP and a kilo of tomatoes 15,000 pounds. These are foods we used to consider for the poor. Eating them today is a luxury.”

A study by the International Information Company (IIC) estimated that the cost of a diversified menu for a family of four costs some 2.7 million LBP a month. That is more than three times the minimum wage.

Zeina fears her children will soon suffer from malnutrition. She has stopped buying milk, cheese and canned fish. The family has furthermore started eating two instead of three meals a day. And there are no longer the “extras” for the kids, such as picnics, new clothes and toys.

“How can I provide them with such things, when we aren’t even able to take them to a doctor regularly?” Zeina sighed.

40-year-old Wassim and his wife share a similar heavy burden.

“We used to use a gas heater in the winter, because it is the most economical,” he said. “But today, as the price of a gas bottle has reached 400,000 LBP, blankets have become our only source of heating.”

He fears he will be forced to cut electricity next month, as the price of five ampere is over one million LBP, more than his monthly salary.

The threat of extreme poverty also hangs over the house of 80-year-old “Uncle” Ahmed, a retired civil servant, whose pension does not exceed two million LBP (some $60). Ahmed and his wife suffer from diabetes, hypertension and heart disease.

“Before the crisis, our medicine bill was some 450,000 pounds a month,” he said. “The same medication today, if available, cost about five million pounds. But we need them. We can’t stop taking them, most importantly the insulin syringes. The price of a box is now 700,000 LBP, while it was 79,000 LBP.”

Uncle Ahmed furthermore fears the cold winter in the Bekaa Valley, where he lives. It adds another chapter to his book of misery.

“I used to buy a barrel of diesel for 200,000 pounds a month, which now costs some 3 million pounds,” he explained. “I need financial help from my sons, for me and their mother not to freeze.”

However, Ahmed’s sons too receive their salaries in LBP and are hardly able to support their own families. There is no other heating method available in the mountains in light of the constant electricity cuts, and the owners of generators refused to install meters, which would allow citizens to rationalize their consumption.

“Is it reasonable for the generator price to exceed half my salary?” said Uncle Ahmed. “Is it reasonable that the state, which is incapable of providing electricity for over an hour, continues to shamelessly send someone to collect the bills?

Rather Die At Home

Uncle Ahmed’s biggest concern is that he and his wife will one day be hospitalized, as the State Employees Cooperative will not be able to cover the costs.

“I rather die in my own house than be humiliated in my last few days,” Ahmed said.

He had registered for the cash assistance program, which government promised its citizens a year ago. But after a suspiciously procrastinated launch, Ahmed realized he was left to face old age alone, and without many of the most basic necessities of life.

“We have not tasted meat or chicken for months,” he said. “We are just dying.”

According to the Ministry of Social Affairs, the number of families that has signed up for the so called Daam welfare system has reached some 410,000, which means that there are now at least some 1.6 million individuals unable to face the aggravating crisis without financial support.

The real figure is arguably much higher, if we take into account that numerous people do not even bother to register. Meanwhile, according to the IIA, the number of unemployed in Lebanon has reached 500,000.

“The poverty rates affecting food, housing, transportation and medical care in the country will witness even more turmoil,” Mahasin Morsal, a journalist and economic researcher, told Daraj. “What we are witnessing is an almost complete melting away of the middle class. It will be replaced by a poor class that has no purchasing power due to the acceleration of the dollar against the lira.”

Morsal also pointed at the fact that theft has increased by 134 percent, which signals growing social insecurity.

“People steal to eat,” she said. “It is a consequence of the unprecedented pressure experienced by the Lebanese. It is very likely crime rates and domestic violence will increase.”

The currency collapse not only threatens people’s purchasing power, but also affects the functioning of the state, the most vital organs of which are the health and hospital facilities.

These institutions are increasingly unable to do what they do and meet the needs of Lebanese citizens due to the high cost of transport, electricity and fuel, as well as the steep decrease in wages.

“The state still has not been able to secure funding for the ration card program, which is set to provide $126 to meet the needs of the country’s poorest families,” said Morsal.

The state excels in absence. The government is disrupted by political maliciousness, linked to the miscarriage of justice in the case of the Beirut port explosion. The government has not yet been directed to work on reducing the crisis’ repercussions.

Rather, the political class appears to be benefiting from the currency collapse and the deterioration of people’s living conditions, as they work to buy votes in the elections scheduled for mid-May … at the lowest possible prices ever. 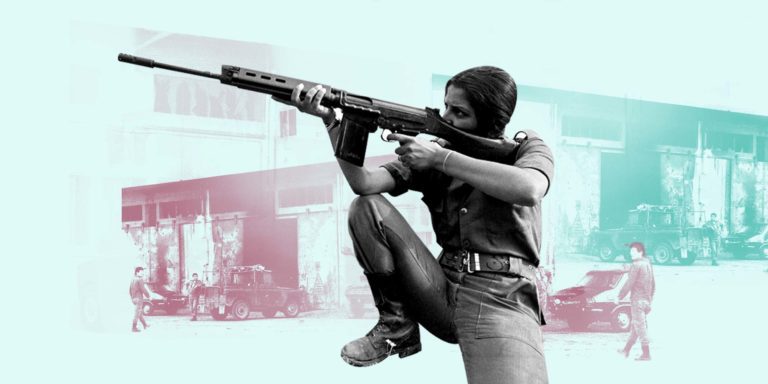