How to Make a Lebanese Emigrant 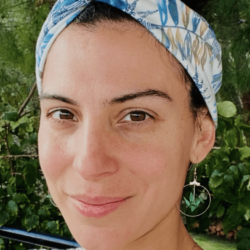 In the end of the day, it’s just another person getting off a plane on a Tuesday, in Boston or Istanbul or Manama or Paris or Dubai, straining for equanimity in the savagery of forced reinvention. As generations of Lebanese have had to do before us.

First, give us something to love.

Let the country be impossibly sweet and fiercely generous. Let it be full of the hearts who birthed and nurtured us so that we are locked into belonging by intergenerational love and slow summers with neighbors and a spread of friends and cousins so vast that no wedding seats less than hundreds of guests, all of them essential. Let parents spoil their children with affection that doesn’t rust, regardless of how many decades old children may grow. Let strangers also be family.

Let the country radiate with the heat of this familiarity, with the touch and scent of a sun that never sets for too long, so that we are always drinking from it, bathing in it, swearing by it, dressing it in alibi and apology and hope so that we may drink from it always. So that we may plug into the family tree that splays out on the weekends, the upper branches hazed over by coffee as the greenest buds gather cicada skins in the shade.

Second, give us purpose.

This obvious brokenness, can’t it be fixed? It must; why else would it call for so much fixing? Hear it creaking and moaning for care. A siren’s call: because isn’t it true that it suits us to be needed, since there’s nowhere else we’d rather be? So that we can justify sidelining the warnings of the war generation, and launch ourselves onto the tarmac of nation-building, each in our own way, alongside every other person who aspires to have a proper country? Look, it’s not all bad, we say. Drench the infection in antiseptic, carve out the rot, realign the fracture, amputate the deadweight, sew shut the laceration…

Third, give us a vision. We can almost see it. The dependable electric grid. The transparent judicial processes. Political life built on qualifications, platforms. The beaches, Robin-Hooded back to the public domain. Potable water just a faucet-turn away. We can see our kids growing up here, their little bodies in their little school uniforms buoyed by the simplest and richest forms of abundance. See us here with our minds, our hearts, our every tool, working ourselves to the bone to tolerate the ugliness, the casual violence, the structural injustice, the animals dressed in neckties; as and until we undo it, as and until we undo them; until we can feel the swell of that wave, that long-overdue tsunami, that washes it, that washes them all away. It is a Lebanese tradition to shred one’s joints in reaching across the gap between what is and what could and should be. The pain of that overreach, the ache of every strained connection point in our bodies: it is more Lebanese than the passport itself.

Fourth, give us turbulence. This is the thing that turns us away from the sickness of the nation, from nursing the status quo into some kind of functionality that the status quo itself is conditioned to reject. This is the thing that instructs us, at last: Make another nation, and make it yours. Just as your parents birthed you, birth your own country. What choice do you have? Pour into the streets and claim them. Rename them after all the teenage flings you’ve ever had, if that’s what feels right. Wash them clean with your footsteps. Filthy them with your lust for life. In the country of artisanal silence, collect all your grief, all your wants, in the launchpad of your lungs, and scream them out like fireworks.

Fifth, give us hope. It is the rush of citizenry, the exhilaration of resistance, the intoxication of saying things as they are. To say to all the Big Brotherly faces plastered across the country, their smirks encouraging us to drum up our good loving for this election like we did the last: What you need is pest control, not votes. Every precisely-remembered offense, every reclaimed truth, every beautiful wish, travels from hoarse throats to vast skies like the original national anthem, and every time two wishes brush up against each other in that crazy, cracked-open horizon, it feels like the seeds of a nation burrowing, finally, in soil. This is our Thawra, our Uprising.

Sixth, drain us slowly enough that hope fades, but not enough that it dies – a failed Halal slaughter. Let economic collapse and the coronavirus round off what tear gas and police brutality began. The revolution is still happening, only it’s lethargic. We are still full of the swell of it, only it’s inverted: the achy vacuum following the vulnerability of having wanted, and of having asked, and of having insisted, and of having discovered in each other a truer, brighter country, still just out of reach. A strange, half-baked, never-baked loss. A moratorium imposed by the ever-threat of sickness, by the fact of watching the otherworldly collapse of our economic system, wondering: how far, how quickly can it tumble; and what, and who, can resist going down with it? You’re stretching downwards in slow motion, a self-conscious particle at the edge of a black hole.

Seventh, blow us up. Literally. Stockpile ammonium nitrate in the middle of our city and blast it to smithereens and go quiet as we gather like ants for rituals of mourning, for projects of reconstruction, for attempts to put walls back up around interiors that will never be lived in the same way again. Watch us pick out new handles for new front doors, new guardians for orphans, new causes for bereaved parents. Watch us pick out a string of familiar words to describe new and immeasurable grief, and then throw it away, because, obviously, it won’t do. Watch us go to dinner in the mountains, because in Beirut, the ghosts are still bleeding. We are afraid to wound them with our steps. We can taste them in our food.

Eighth, while we’re distracted with finding our bearings, rob us of the basics. Let life savings fall hostage to the banks that were supposed to safeguard them. Make school and food extreme luxury items. Make fuel and diesel so scarce in the hottest months of the year that the country goes dark with insomnia and rancid fridges, and in the coldest months of the year, people will burn their own forests down for fuel. Make the black market indistinguishable from the market itself, corruption and desperation driving prices past absurdity. Make us feel the insecurity in everything we can get our hands on, and in everything that we can’t. Let the immediacy of scavenging blight our capacity for creativity and growth. Let pediatricians urge depleted mothers to breastfeed at all costs because of the scarcity of formula. Let children die of afflictions they stopped dying of a century ago: a simple fever, a scorpion bite. Let cancer patients with no gas in the tanks of their cars scour the country for a vial of medication essential to their treatment, and not find it.

Ninth, make abject misery the national landscape, so that there is no escape from exposure to every form of it. Plaster it all over the place as you would some proud accomplishment. Ensure that there is no relief from witnessing it, so that the misery of each, if it wasn’t the misery of all, soon becomes it. So that parents run out of creativity in terms of how to explain things to their bright and inquisitive children. The same children whose tuition the banks won’t let you pay, the same children whose lives and lifelong potential a failed state would rather sacrifice than sanctify. Let the shrill stench of panic flash-flood the country as we make best-case-scenario life rafts to clamber onto for safety, until another way out is secured. Let our ears never stop straining into the thickness of the night to differentiate gunshots from fireworks. Gunshots for weddings from gunshots for murder. Fireworks for holidays from fireworks for warlords. The buzzing of generators from the hum, in the sky, of unnerving, invisible aircraft.

Tenth, make us choose between loving duty and loving duty. Stick by our parents and grandparents in times of unprecedented calamity to help fend off their mounting burdens, to attempt to restore and preserve for them a modicum of the dignity that every human deserves to age with, to preserve their access to their grandchildren – or – take our children somewhere, anywhere, that affords them basic physical, medical, emotional, environmental, and educational safety. Make us choose to leave the people that raised us, to turn our backs on them when their homes are dark and their pockets bled dry and their medications unprocurable, because we have children of our own to keep alive, let alone raise. Our parents, less torn, tell us what Lebanese parents traditionally tell their kids: Do it for our sake: Get the hell out.

Eleventh, watch us book a flight. Every time we fend off our panic and commit to staying, retraumatize us into realizing that everything here is paid for in blood: the justice we seek and the injustice we don’t. Until we despair enough for our children that staying is no longer viable. In the end of the day, it’s just another person getting off a plane on a Tuesday, in Boston or Istanbul or Manama or Paris or Dubai, straining for equanimity in the savagery of forced reinvention. As generations of Lebanese have had to do before us. We’ll tell you, even as we wince with rage: “I am luckier than most.” Because we are. The heart is not broken, because that would be too clean. It is in ruins, the very tissue of it pulled apart by grief and rage that have no recourse, no expiry date. But it is still beating, because it knows too well what it means to be full. And for as long as it beats, it will be yearning and plotting, if only to tolerate the quietude of that other, more functional country; that more gracious host. 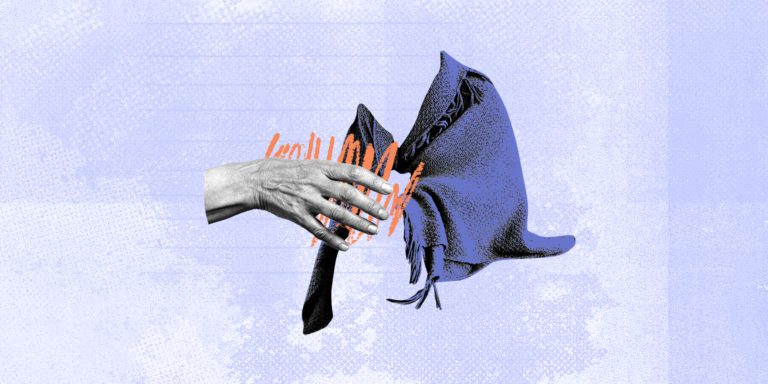