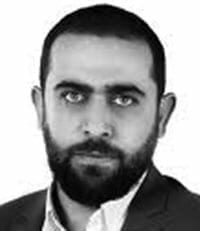 Prosecutor Ghada Aoun is doing a great job going after the heads of “the Lebanon cartel,” including BDL Governor Riad Salameh. Yet, she has never filed charges against President Michel Aoun and his clique, while there is a close link between them and Salameh: Cedrus Bank.

This article only proceeds from the good faith of Mount Lebanon Public Prosecutor Judge Ghada Aoun. She dared to cross the red lines drawn by the corrupt political system around its godfathers, the most important of whom is Riad Salameh, Governor of the Lebanese Central Bank (BDL).

The arrest of his brother Raja Salameh on March 17 was a bold step, especially since it brings the governor himself closer to the shackles. If the investigations are completed and the judiciary is allowed to pursue the case, the prison doors could swing wide open, especially after Mount Lebanon’s first investigative judge, Nicolas Mansour, issued an arrest warrant.

Courageous was Ghada Aoun too when she knocked on the doors of the Muttif company in search of the money that was allegedly illegally transferred abroad under the cover of darkness. Here, we pardon the media show that accompanied her on her way to the company’s headquarters.

Courageous she was also when, two years ago, she accused Riad Salameh of manipulating the dollar, at a time when the governor was still an untouchable icon. And, of course, she was brave when she pursued current Prime Minister Najib Mikati in the housing loan file.

As a result, Aoun is arguably the one woman in Lebanon exposed to the worst kind of male bullying, all of which only increases the need to support her in her fight against the corrupt patriarchal system.

However, justice cannot be selective. And here we can only note that Judge Aoun has never made a legal claim against President Michel Aoun and his clique. She has always pursued Aoun’s opponents. This constitutes a departure from the basic rules of legal work. 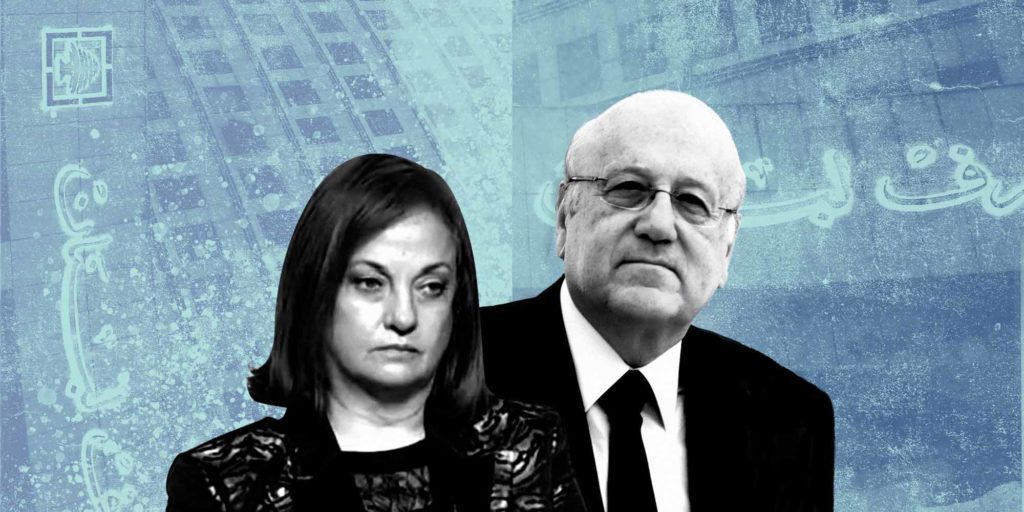 The system is not one single political group. Judge Aoun knows this perfectly. She knows that the banks do not represent one specific political party, but, combined, are like one single party or a “club,” so to speak, in which the representatives of the main political parties and sects gather.

This complex structure of alliances and connections makes separating banks from the system and vice versa almost impossible. Judge Aoun knows very well that Aoun’s Free Patriotic Movement (FPM) has fused into the banking system. Aounists belong to the banks’ boards of directors.

Cedrus Bank has a history of being involved in financial engineering and, suspiciously, was established at the same time as the BDL Governor’s contract was renewed in 2017.

Just before President Michel Aoun adjourned the cabinet session of May 24, 2017, he asked all ministers present: “Is there an objection to the contract renewal of Riad Salameh?”

At the time, both Gebran Bassil and Minister of Justice Salim Jreissati noted that the talk should be about appointing him full term, not about renewal. No one objected.

The decision, which had not been on the agenda, was ratified. Thus, in less than a minute, Salameh obtained a full term contract with the blessing of the cabinet, ending in the year 2023.

What was not published at the time is the reason for the Aounists’ enthusiasm for renewing Salameh’s contract so quickly and decisively outside the agenda. And how this renewal is fundamentally related to a “bribe” offered by Riad Salameh through Cedrus Bank. How?

In April 2019, Al-Akhbar newspaper revealed that the BDL in December 2018 granted Cedrus Bank loans in Lebanese pounds at a low interest rate of 2%, while the going rate at the time was some 10.5%. Thus, the bank earned a very easy profit from the difference in interest rates (8.5%) without doing any work, without investing any capital, or taking any risk.

Financial engineering was Riad Salameh’s “game” with the banks in order to convert public funds into private funds. And most Lebanese banks have benefited from the “trick,” but none achieved an interest rate difference of more than 6%. Cedrus Bank achieved 8.5%.

And Cedrus Bank benefited the most in the year 2017, when it recorded a $42.3 million profit.

While the presidential team raised its voice against renewal, with the millions that entered the “Cedrus treasury” the matter quickly turned into a unanimous decision in favor of Salameh and a warm welcome from Gebran Bassil and Salim Jreissati.

One should know that, prior to that, Salameh had already provided a “service” to Cedrus by allowing it to transform from being an investment bank, for which it had a permit, to becoming a commercial bank. At the time this was almost impossible, as the BDL was keen not to give out more commercial licenses or even licenses to branch out.

Yet, with his magical charm, Salameh made an exception for Cedrus to become a commercial bank and benefit from the BDL financial engineering mechanisms. The president’s daughter, Mireille Aoun, played a key role in this.

Immediately after his election, President Michel Aoun made his first visit outside Lebanon. He went to Saudi Arabia. He was accompanied by a large delegation, which included Fadi Asali and ministers Gebran Bassil and Raed Khoury.

At a dinner held in honor of the president by the Lebanese community in Saudi Arabia, Cedrus Bank was present through Khoury and Asali. It organized and sponsored the dinner. Asali was master of ceremony, while Khoury gave a speech.

Bankers and lawyers familiar with the period in which Cedrus was established, the way it obtained its commercial bank license and benefited from the BDL’s financial engineering, believe that the president and his team have always worked to promote the bank’s interests.

This also happened during Aoun’s visit to Iraq in February 2018. The Lebanese delegation, including Anti-Corruption Minister Nicolas Tueni, negotiated with the Iraqi authorities to recover Lebanese funds held in the Iraqi Central Bank branch in Erbil, capital of the Kurdistan region.

The presidential team demanded that the recovered money, amounting to some $1 billion, would be deposited in Cedrus Bank. And this is what happened. The money of the Lebanese people that was stuck in Iraq returned to Lebanon after the financial crisis and entered Cedrus Bank.

These are facts Judge Aoun should be aware of, as she follows up on the crime of financial engineering. Yes, a crime. No rational person would argue it is not a crime.

And if she was not aware of it, then these facts should serve as a tip to be investigated, as it is high time the participants in this crime were brought to justice, along with their key ally Riad Salameh.

Today, there are still people within the cabinet team, working to protect the BDL governor. That includes the president himself, who asked the Public Prosecutor of Cassation, Ghassan Oueidat, not to prosecute Riad Salameh, in order not to disrupt banking operations, according to lawyer Louay Ghandour in a TV interview.

Daraj asked Ghandour about this dangerous information, which reveals the president interfering in the work of the judiciary to protect Salameh. Ghandour confirmed what he had said. Adding: “Let the public prosecutor of discrimination come out and deny it.” 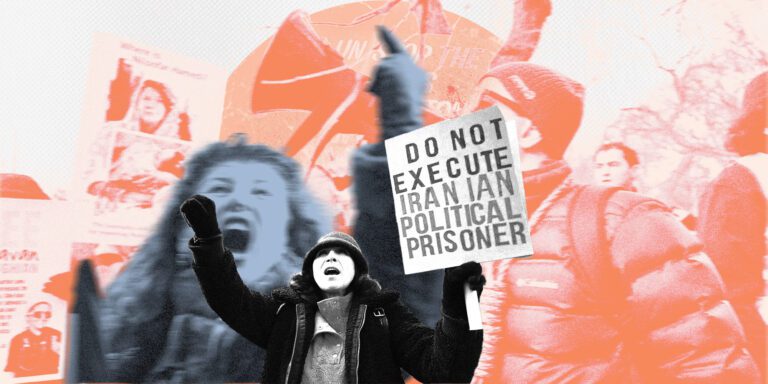 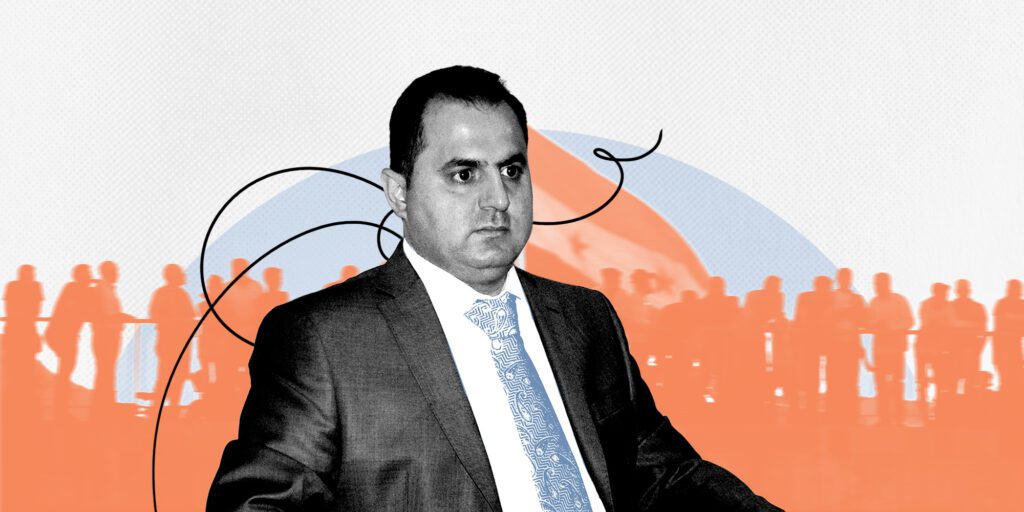