In absence there is greater presence

I was on the bus on my way to work…Al Jazeera echoing in my ear. I picked up the Metro newspaper and turned page after page after page, scanning for her name, anything. Some sort of recognition of the woman that gave 25 years of her life to journalism, reporting the plight of her people. The Palestinians. But apparently Coleen Rooney’s foot took precedence as her photo filled an obscene amount of the front cover. I got off and stopped outside a newsagents, again looking over the front pages. Nothing. The western media slapping me square in the face.

Her name is Shereen Abu Aqleh.

The pages of the Metro….’the heroes of Mariupol’…the sympathy that has been continuously shone upon the Ukranian situation like flood lights – and rightly so – but where were those very same lights when Russia was bombing Syria, or when Israel was bombing Gazza?

‘These are not refugees from Syria, these are from Ukraine, they are Christian, they are white, they look very similar to us’. Were the very words that made for modern day journalism from an NBC reporter.

Is it the white supremacist rhetoric of late that we all deluded ourselves that had long been put to rest? The colonialist overtures of bygone years coming back to declare that we are different, that refugees or wars can be prioritised depending on geographic location and the levels of melanin in the skin.

Rewind to the Second World War and the Nazis labelled the Jewish people as untermenschen or subhuman. Referred to them as rats, a means to dehumanize an entire people so as to make their extermination justifiable.

Fast forward and the tabloid columnist Katie Hopkins made reference to refugees crossing the Mediterranean,

‘Make no mistake, these migrants are like cockroaches. They might look a bit ‘Bob Geldof’s Ethiopia circa 1984’, but they are built to survive a nuclear bomb. They are survivors.’

I need not go into the open arms policy that is afforded to Ukrainian refugees in comparison.

Gigi Hadid, pledged to donate her Fashion month earnings to the people of Ukraine and Palestine to, ‘aid those suffering from the Ukraine war, as well as continuing to support those experiencing the same in Palestine.’

But apparently this was deemed anti-Semitic, and she was accused of ‘fanning the flames of anti-Semitism.’ As Vogue unashamedly rushed to censor the word Palestine out of its Instagram post.

UEFA fined Celtic fans twice for the displaying of Palestinian flags in champion league matches, yet no one bat an eyelid at the sea of Ukrainian flags.

Stand up Egyptian squash player, Ali Farag, who denounced the western media when it came to using sports as a platform to highlight politics.

‘We’ve never been allowed to speak about politics in sports, but all of a sudden now it’s allowed…I mean the Palestinians have been going through that for the past 74 years and, well, I guess because it doesn’t fit the narrative of the media of the West, we couldn’t talk about it, but now that we can talk about the Ukraine, we can talk about Palestinians. So please keep that in mind.’

Shereen Abu Aqleh was standing at the journalist’s tree. A spot used by journalists as it is highly visible. She was clearly wearing a helmet and high visibility PRESS flak jacket. The bullet having penetrated through the unprotected area just beneath her ear, shattering the back of her head, she died instantly. The area was quiet prior to this, there had been no gun fights and the accusation is that she was deliberately taken out by an IDF sniper.

Abu Aqleh quite ominously predicted her own death by declaring on her Facebook a year ago that ‘in absence there is greater presence.’ The Israeli security forces told her brother Anton Abu Aqleh that the raising of the Palestinian flags and photos of her was prohibited during the funeral procession. Do you really think that you have any sway over the Palestinian street? No matter your bullets, xenophobia, or your apartheid state, you lost this battle as soon as the bullet was fired at Shereen’s head.

I typed as I watched Shereen being carried out of the French Hospital in Jerusalem, as the Israeli forces charged the procession, the people waving the flags and chanting, Guevara of Al Jazeera reporting to the background sound of bullets and stun grenades as the coffin was nearly dropped.

Guevara’s voice breaking every time she mentioned Shereen’s name. She should be alive and standing at the journalist’s tree reporting on what happened in Jenin on the morning of her funeral.

I was at work, fighting the tears and a tremendous urge to stand up and ululate in the middle of the office as I watched her coffin being carried into the Roman Catholic Church of Jerusalem. Throngs of proud Palestinians carrying their daughter through the streets as the flags that Zionism fear so much flew high above the heads.

All the bells throughout Jerusalem, of all the different Christian sects rung in unison for the very first time. It’s hard not to shed a tear for the woman that united all the sects, all the religions, united all the Palestinians. I wrote this with an overwhelming feeling of frustration, with an urge to turn to the person next to me and explain to them what it feels like to be collectively marginalised and silenced by years of xenophobic rhetoric. 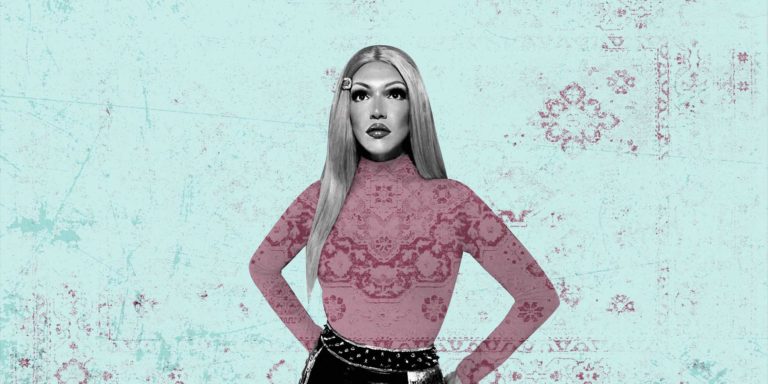