The political crisis between the two major political parties in KRG, the Kurdistan Democratic Party (KDP), and the Patriotic Union of Kurdistan (PUK), continues. The most visible part of this conflict is the disagreement on the candidate to the post of Iraq’s presidency. While PUK has proposed the incumbent Barham Salih, the KDP has challenged it by sending its own candidate Rebar Ahmad. Two attempts to vote did not reach the necessary quorum in the parliament.

The presidency of Iraq is a position that is attributed to a Kurdish politician since the 2005 constitution, and more precisely to a PUK candidate. The first to occupy the post was the late founder and historic leader of PUK, Jalal Talabani. In return, in an agreement Talabani had reached with Masoud Barzani, the post of the presidency of KRG was left to the KDP. Now, the conflict between the two Kurdish parties is having a spill-over effect, and paralyzing the entire Iraqi political institutions, including the formation of a new government.

“One thing the PUK should recognize is that they do not represent half of Kurdistan”, told me Mahmud Mohammad, a politburo member of the KDP, and the spokesperson of the party, “they only represent the votes they received in the last elections.” The last elections in KRG were held in 2018, where KDP received 45 seats and PUK 21 seats in 111 seat parliament. “When it comes to decision making and distribution of posts, they want it 50-50,” he concluded.

Darbaz Rasool is one of the leading figures of the PUK, he is also the son of the renowned Peshmerga general Kosrat Rasool, who led guerrilla forces to enter Erbil and Kirkuk during the 1991 uprising against Saddam Hussein. About KDP-PUK conflict, Darbaz Rasool said: “They do not implement agreements we reached,” and added: “The Peshmerga generation is being replaced by a new generation” of leaders, but “KDP is still under the control of the old generation.” He added: “Family is important everywhere but without strong institutions you cannot run a country.”

Yet, a high-level official in the KRG government, who did not wish his name to be mentioned, told me: “By cornering the PUK the status quo will be questioned, and no one has an interest in doing that.”

While KDP has dominant positions in Erbil and within the KRG government, PUK has strong allies in Baghdad. While discussing with PUK leaders, one has the impression that their field of political vision is broader than the limited Kurdish politics to include balance of power in Baghdad. “Kurdish participation in key Iraqi institutions is 20%” reminds me Saadi Ahmad Pireh, one of the historic leaders of PUK. He also laments that Iraqi state institutions have been weakened so much that “Iraq has reached a state of none-statehood.”

Tensions with the PKK

The political tensions between the KDP and the PUK could it become more serious? This fear is present, in view of the inter-Kurdish civil war in the 1990’s.

Yet, today Kurdish leaders deny that such a risk exists. “We cannot make the same mistake again” tells me Saadi Ahmad Pireh. The same opinion is expressed by Mahmud Mohammad: today “we are not in the same social and political situation. We are not in a situation where there will be fighting.”

Yet, tensions between KDP and the PUK is not the only source of preoccupation. There has been increasing tensions, even fear of major fighting to erupt between the KDP Peshmerga and the PKK guerrillas. This was the case especially after clashes in June 2021 that led to the death of fighters from both sides.

Tensions between the KDP and the PKK had negative effect on relations between the Iraqi Kurdistan government, and the Kurdish led entity in Syria, officially known as the “Autonomous Administration of North East Syria”. The border crossing of Semalka – a pontoon bridge over Tigris River – was closed for several months, and currently is open only three days a week, and only to people with special permit (foreign aid workers, medical reasons, etc.).

“The PKK is providing Turkey excuses to intervene in Iraq, in Syria” told me Niyaz Barzani, Head of Foreign Policy & Diplomacy at the KRG Presidency. This is the sentiment also of many other political figures in the KRG, that the Turkish military sector has found a “suitable enemy” in the PKK to justify its repressive policies, and to keep the military sector justify huge investments while the Turkish economy is in crisis mode.

The KDP-PKK tensions are the result of continuous Turkish military campaigns inside KRG territory. Since 2015, when the cease-fire arrangement between the Turkish government and the PKK collapsed, igniting a new cycle of violence, the Turkish military succeeded in pushing out the Kurdish guerilla from major towns – often at the cost of destroying entire urban areas like that of Diyarbakir. Today, the capability of PKK to launch major military operations inside Turkey has been much reduced. Some military experts even say that the PKK has been pushed out of Turkey.

Despite recent Turkish military successes, this is neither the end of the PKK as an organization, nor the end of the Kurdish question within Turkey. Since long, PKK has established military bases outside Turkey, especially in northern Iraq. PKK presence has even spread after 2014, when PKK fighters played a key role in defending Yazidi civilians threatened to be annihilated by Daesh. Kurdish guerilla fighters associated with the PKK have also established a strong presence in northeast Syria. The Syrian Democratic Forces (SDF), an umbrella organization with links to the PKK, has today an estimated 70’000 fighting force, which has established a close military alliance with the US-led anti-ISIS coalition.

The January 2022 ISIS attack against the Hassakah prison – where former ISIS fighters but also children are kept, an attack that led to 154 deaths among the SDF and several hundred among the attackers and the prisoners, reminded once again about the importance of the SDF to the US. Many in Washington fear that any operations that will lead to the weakening of SDF might lead to the revival of ISIS, or other radical Islamist groups in northern and eastern Syria. This is a major reason why the US military presence is being maintained, and Washington opposes any new Turkish military operation in Syria.

While Washington still needs the SDF in Syria and is preserving its military cooperation with the Kurdish forces, yet this alliance is a limited, military one. Politically, it is not clear what the Biden administration wants in Syria, including in its northeast portion. While American diplomats attempt to convince SDF leadership to cut off ties with PKK military leadership, their efforts have failed this far.

Whether in the Kurdish Regional Government or in northeast Syria, there is a lack of prospects of stabilization on the long term. Neither the Kurdish actors, nor the external powers – the US, Russia, Turkey and Iran – have a minimum of a vision of how to stabilize the region and start addressing its huge problems. In this lost time, the “little wars” of the Middle East will continue with their inertia, as the only pretense of local and great power politics. 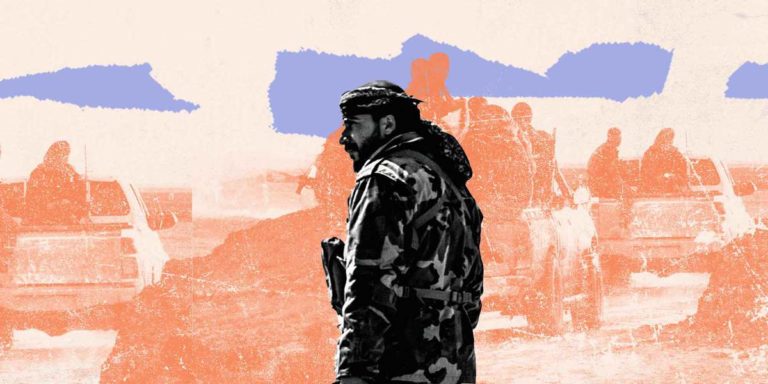 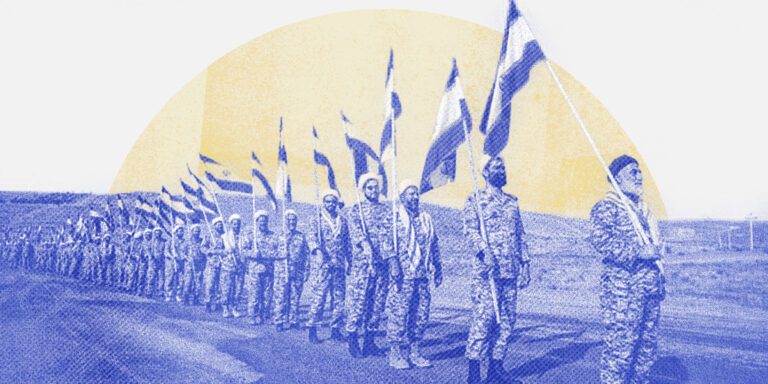