“An Embassy Shia”: I won’t Sacrifice my Life for Anyone’s “Shoe” 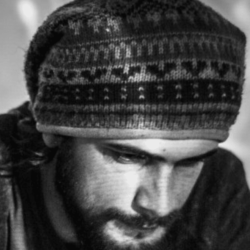 It is no doubt painful that your friend should wish you were burnt alive. But such an angry comment is only a detail when it comes to years of incomparable hatred and menace against us, the Shia who oppose the “Big Brother.”

I recently posted on Facebook the news that Hezbollah and Amal supporters burned down the protestors’ tents in my village, al-Ain, in Northern Bekaa.

One incredulous comment read: “Where did this happen? What planet are you on? Where do you dig up news like that?”

To dispel his doubts, I replied by sharing a video، taken by a protester and showing the tent in shambles.

It was my turn to be shocked when I read the first comment on the video: “Well done! I hope you burn, too, like that tent.” The shock was not only due to the violent language and threatening tone of the message, but that it was written by no other than Mustafa, my friend and neighbor.

Mustafa and I go way back. We have gone through good times and bad. But everything changed the day I was deemed a “traitor” to my homeland, and an “embassy Shia.”

It is no doubt painful that your friend should wish you were burnt alive. But such an angry comment is only a detail when it comes to years of incomparable hatred and menace against us, the Shia who oppose the “Big Brother.”

We are paying the price for saying a solitary “No,” against a “Yes” that is forced, by oppression, upon all the territories under Big Brother’s control.

The price for publicly declaring that our lives and the lives of our loved ones are more valuable than the leaders’ “shoes” and all their fortunes.

“Embassy Shia”: roots and evolution of the term

I first happened upon the term “Embassy Shia” in a 2012 Al-Nahar newspaper article. The expression was coined to designate Shia politicians, civil activists and scholars who oppose Hezbollah’s policies in Lebanon.

Those individuals were accused of receiving money from the American Embassy in Awkar, in return for spying on Hezbollah and sabotaging its reputation among its Shia constituencies.

Their mission included providing coordinates of the party’s leaders and its missiles, as well as spying on street children in Beirut’s southern suburb (Hezbollah’s stronghold.)

Such accusations were the equivalent of an open call to kill the accused, or at least a serious warning that they should fear for their lives.

The term soon was on everyone’s lips in the media and on talk shows.

Later, it was picked up by Hezbollah’s popular base and its social media platforms, as well as by the party’s allies.

Accusing people of treason and authorizing their killing have thus been effortlessly normalized.

As a matter of fact, there is a whole list of ready attributes to designate “traitors”, from which the “Resistance” chooses whatever is suitable to the event in question or the ongoing discussion.

For example, I was deemed a “cannibal” and an “Isis militant” when I criticized Hezbollah’s military intervention in Syria against civilians;

“A local Zionist” when I wrote an eulogy for the victims of the chemical massacre in Ghouta, East of Damascus;

“A spy” when I called into question the party’s overbearing security measures in the southern suburb where I lived, from its security zones and checkpoints, to its members’ constant invasion of people’s privacy, charging into people’s homes  under the pretext of filling up paperwork;

“A Lebanese Forces sympathizer” when I participated in the current revolution against the corrupt political system in Lebanon, which Hezbollah defends, accusing the protestors of treason and trivializing their demands;

“A man-whore and a sodomite”(yes, they still call homosexuals that) when I criticized religious courts and their regressive verdicts.

In short, being all of the above makes me a rank-and-file “embassy Shia.”

On the face of it, this whole thing may seem funny, nothing more than a petulant political rivalry. But in actual fact, it is a very heavy load on the chests of the people going through it.

It is not funny to be scrutinized around the clock for every word you say or write, and be accused of treason for every single action you do, or at the very best, be classified as a potential traitor, whose turn is yet to come.

Things can take even nastier turns such as when a cleric stood, enturbaned, at his pulpit in Nabatieh (Hezbollah’s stronghold in the south) and, quoting religious rulings, threatened to crucify and dismember a woman reporter.

From Nasserdeen “the great guy” to Bunasser “the ISIS mercenary”

The first “Baalbeck Rap” album,“Taffar – The Lords of the Land,” came out in 2009. I was a songwriter and performer on the project, under the name  “Nasserdeen Al-Taffar.” The first part of my name, Nasserdeen, is in honor of a tribe that has close ties to my family and village. And I chose “al-Touffar” in solidarity with the Taffar movement, and in support of their refusal to turn themselves in to a state ruled by thieves. (Taffar characterizes a movement associated with the Ja`far clan in Ba`albak and champions rebellion of the poor and neglected in the region against the government.)

Surprisingly, the songs became famous in Lebanon, especially “Izraa, Ohsod” (Sow and Reap) which boasts the purity of tribal blood and raw machismo. Some of the songs called for fighting theft with theft, killing with killing, and fire with fire.

We were hailed as heroes, “a voice for the voiceless,” as they say.  Young people played our songs at gatherings, on their smartphones, and in public transportation.

Things continued this way, until the Arab Spring arrived to Syria. I publicly supported Syrian people’s right to life and freedom.

What followed was a complete divorce. No longer the “good guy,” I became

“a stray dog and a traitor. Al-Nusra Front should rape your sister.”

Websites on which I publish my music and writings were bombarded with insults, threats and false accusations.

Some relatives feared the disgrace a “salafist” like me would bring on the family, and disowned me.

It was not long before I disowned them, too. I changed my name to Bunasser, a name much dearer to my heart, and continued to produce music on my own.

I no longer sought the approval of my sect’s strongmen. My circle widened to include singing for any person longing for freedom in any part of the world.

Where did all this brutality come from?

Children’s bodies crushed under the debris in Aleppo were called “war casualties”. People took selfies in front of refrigerators full of children’s bodies. Others gloated over the Madaya citizens who died of starvation. Still others  distributed sweets in the streets to celebrate the raising of Al-Hussein’s flag over the ruins of people’s homes in Qusair and the displacement of its inhabitants. Some even shamelessly joke about those who committed suicide because of hunger here in Lebanon.

And my disgust at all of that, they call it “self-loathing.”

People lost their minds after the Syrians revolted. Or maybe they had always been crazy, and the Syrian revolution only came to reveal the hitherto secretly harbored hatred and animosity toward any “other.” Like everyone else who grew up in this environment, I was subjected to brainwashing, too. But my books and headphones saved me.

“You can say I represent myself, I support myself, I’m not anyone’s “shoe”

Now, I feel like a stranger in the neighborhood I grew up in. And when I moved to Achrafieh (a predominantly Christian area) and wrote about my experience, they accused me of thanklessly “biting the hand that fed me”.

In my village, things are not any different. Before, I used to jump at every chance to go visit, even for an hour. But now, I rarely step foot in there if it is not for a funeral or a wedding. At the last wedding I attended, people danced to the sound of artillery fired from the neighboring house toward Ersal (where a battle against Isis militants was raging.) Revelers screamed with joy at every attack, as if it were some fun fireworks.

This kind of behavior is not random. It is the result of an indoctrination that has for decades insulated people against any difference in opinion, no matter how small. It is a dogma that nips diversity in the bud for fear of being challenged by it, and being held accountable for all the atrocities committed in that dogma’s name.

In fact, there is no room in this dogma for any opinion at all. The fact that its proponents consider the USA “the biggest demon” did not stop them from adopting George Bush’s slogan during the Iraq invasion: “You are either with us or against us.”

And to be against them means to oppose the all-knowing representative of God on earth, responsible for thinking on behalf of the people and managing their affairs.

Opposing him is equal to opposing God’s will.

October 17 Revolution: How long have we been here?

A guy I will call Muhammad told me, while we were secretly drinking beer in the car, about his participation in the Syrian war.

Muhammad hates everybody and everthing, both Syrian people and the Assad regime, Israel and Palestine, politics, earthly glory and heavenly rewards. He never bought into the justification that taking part in the war would accelerate the advent of al-Mahdi (in Shiism, the promised Imam who will appear before the day of judgement and restore justice and equity on earth)  in Aleppo, or the killing of the Antichrist in Deraa.

But Muhammad misses his friends who died in Syria. He looks at their posters that are now hung on Baalbek fortress and feels they are looking back at him. He is ashamed to walk on the streets under which his childhood friends are buried.

When the Lebanese revolution began, Muhammad put up the Lebanese flag as his profile picture on Facebook. He sent me a video from that tent that was later burnt down, showing tens of young men and women having a good time, playing a friendship song about the town of Hermel (near Baalbeck.)

Tears of joy quickly ran down my face, as if they had been waiting for centuries to be shed. If you know Baalbek-Hermel well, you would understand that such a scene is a victory for the revolution: people from different backgrounds, spontaneously getting together, uninvited by any political party, even against their party’s will. Rap music glaring instead of war songs. Everyone rejecting the status quo, longing for a decent life away from the falsely-claimed guardianship.

How long have we been here?

Moments like these will never be erased from our memories.

They can burn a thousand tents, and beat a thousand protesters, but nothing will make us forget the moment when Hezbollah’s offices in the south were destroyed by protesters who stepped over the pictures of leaders.

People of Labweh and Ersal dancing together in the public square was only a silly dream a few months ago. But today it came true and pointed to a future we are all patiently waiting for.

It is the future where my fellow “embassy Shia ” stands with a happy face holding up a yellow sign that says:

“Now you can say I represent myself, I support myself, I’m not anyone’s “shoe”.