Amnesty for Suzanne Tamim’s Murderers: The last Chapter of the Crime

Hisham Talaat and Mohsen al-Sukkari live free today, because no one cares about seeking justice for a woman about whom many rumors were spread, after enough time has passed for people to forget all about her. So sure, allow the contractor to return to his stature, and release the murderous officer from prison..

A few hours after granting the Egyptian presidential amnesty for Mohsen al-Sukkari, the murderer of the Lebanese singer Suzanne Tamim, the Egyptian President Abdel Fattah al-Sisi appeared in the last episode of the well-known TV show “Al-Ekhtiar” or the Choice.

Al-Sisi appears, adorning his military uniform during the recorded statements saying: “In this battle, either we defeat them or we die … we’re not afraid, except from Allah. We will not allow someone to enter Egypt again and destroy it”.

The final scenes of the show that attracted millions of viewers in Egypt and abroad were not about the hero of the “epic” whose character was the base of the art work, i.e. Colonel Ahmed al-Mansi, the leader of the “103 Thunderbolt” battalion who died in al-Barth square in Rafah city (North Sinai) in 2017. The role was played by Amir Karara. The surprise of the final episode was the appearance of the Egyptian President as the Commander-in-Chief of the Armed Forces, the inspiration of all the heroisms and the one who is worth all the blood of the officers, soldiers and citizens who died during the combatting of “terrorism”.

He is the president who is determined to establish the role of the Egyptian Military in the core of the daily lives of the Egyptians, as a relentless institution that spares no effort to combat terrorism and subversion. It is also the institution responsible for economy, health, art, sports, and journalism. The culture that has spread while al-Sisi reached power has been emphasizing the presence of Muslim Brotherhood conspiracies everywhere, which is why there is a need for combatting it through the Egyptian Military inference and control over all areas of life.

The irony is that on the same day Egyptians shed tears watching the ending of the dramatic epic of al-Mansi and his companions on TV, real-life news reported the presidential amnesty granted for 3000 prisoners, including Mohsen al-Sukkari, on the occasion of Eid Al-Fitr. Al-Sukkari was also an officer and he was assigned by the well-known Egyptian contractor Hisham Talaat to kill Suzanne Tamim, the singer. The officer performed his task bloodily when he stabbed Tamim several times with a knife at her apartment in Dubai in 2008. The murder was planned by Tamim’s ex-boyfriend, the well-known businessman who was close to the circle of former president Hosni Mubarak, and it received extensive attention until Talaat and al-Sukkari were imprisoned after being convicted and sentenced to death at the beginning, then having their sentence commuted to imprisonment instead.

Talaat urged al-Sukkari to kill the young woman whom he seemed to be in love with, and decided to punish her for abandoning him.

The court released recordings revealing how he tempted al-Sukkari using money, and the angry words he’d uttered to him about his failure to murder Tamim. Some narratives from Talaat and al-Sukkari’s trial sessions express that the businessman asked al-Sukkari to slaughter Tamim and that the latter tried to do so but failed because the knife was not sharp enough.

Journalists who followed the trial sessions wrote that Talaat used to read the Qur’an a lot during the sessions, while al-Sukkari was silent, sometimes muttering with his religious rosary but that he also read the Qur’an before the pronouncement of sentence in his case.

Talaat had been granted a presidential amnesty before al-Sukkari in 2017, upon which he was released from prison and returned to the real estate sector through his companies. Talaat has now become a member of the Egyptian President’s close circle and his projects enjoy media coverage, promotion, and attention. When one searches for Hisham Talaat on “YouTube”, one will find a group of promotional videos for him and his real estate projects, as well as of course you several articles praising his morals, success, “patriotism”, his generosity in donating to the families of army victims and his naming of some streets, projects and mosques after “martyrs of duty”.

Days before al-Sukkari’s release, Talaat was the focus of attention after his “Madinaty” commercial, one of his housing projects, caused a sensation. The advertisement shows people talking about the advantages of living in the project, especially in relation to being located in an isolated region, where the residents can live away from the crowds, pollution, and desperation that afflicts millions of Egyptians, which ended up provoking the anger of many people.

Talaat was on the phone at the time with the talk show host Amr Adib, who kept defending him and promoting his case even at the peak of his trials for killing Suzanne Tamim. He praised the lord thankfully when Talaat announced his donations for Coronavirus patients, through a phone-in. Talaat spoke with a calm voice and he responded to the critics of the “Madinaty” advertisement saying that he left it to Allah and that those people are “bored anomalous people who want something to entertain them, may God guide them”.

Thus, with complete bizarreness, we move between following reality and TV dramas. Returning to “Al-Ekhtiar” series, it’s beyond a shadow of a doubt that the adulation of the Egyptian Military and al-Sisi has become worthwhile. Especially since some suggest allowing army battles and related real life events to be tackled in TV shows and cinema, which is a decision that seems to be taken after the success of the “El-Mamarr” movie last year. The movie had a positive impact relating to the image of the Egyptian Military that turned, in the era of al-Sisi, from a security institution with its power and constructions to a complete shadow state that supervises all the vital projects in Egypt.

So it’s all about the military or terrorism, everything is explained according to this dualism, everything happens exclusively in its range and is understood through it.

Pardon is for killers … not for the opposition

President Abdelfattah al-Sisi, the pardoner of the murderers Talaat and al-Sukkari, did not forget to perform the Eid prayer and recall the meanings of the religious event, a few hours after the amnesty was signed, for a crime that would have led its perpetrators; the billionaire and the security officer to a death sentence.

The scenes continue. The 2018 Sisi’s amnesty also included one of Egypt’s most dangerous thugs, “Sabri Nakhnoukh”, despite being convicted in the most famous case of weapons possession in 2012 and sentenced by the Court of Cassation to life imprisonment in 2014. The man got out enjoying his full power, even violating the ban imposed because of the Coronavirus epidemic by holding his wedding party, and yet no one pursued him.

Back in Hisham Talaat’s “drama” – the billionaire who was favored even during his prison years – his story was the most amazing. Why not, when he has been free for two years, enjoying his wealth, although his trial included money laundering and corruption charges, relishing the support of the ruler’s retinue and attracting the media’s attention.

Hisham Talaat and Mohsen Al-Sukkari live freely today, while the murdered Susan Tamim is in her grave. Who will care to bring to justice the killer of a young woman about whom many rumors were told, and about her short life? It has been quite a few years, enough for the world to forget about the incident, so now we let the contractor return to his stature and the murderous officer out of prison.

Astonishment does not stop for a moment when following these incidents. Days before Tamim’s murderer was released, a Christian journalist, who seemed to have been dictated what to say, spoke about receiving money from “Al-Jazeera” to support the Muslim Brotherhood.

There are many scenes, including those of a university professor who lay in the street in front of her son’s prison, the famous activist Alaa Abd Al-Fattah, who was imprisoned and humiliated for years for nothing but his criticism and demand for freedom and justice.

All this is a part of a reality that has not been given any attention.

The series, which some considered one of the most important productions of Arab television, is based on the idea that we have the choice between right and wrong, between our homeland and terrorism. Many Egyptians were proud of figures like Ahmed Al-Mansi, the leading character of “The Choice”, and this is their right of course, the man probably loved his country and worked to save it from security threats. He was killed, along with a large group of officers and soldiers.What is happening however, is the restriction of anything else approaching this dualism and the complete obstruction of true witnessing of the scene from all its aspects.

A few weeks ago, young Shadi Habash was left to die in his prison, out of pain, after being poisoned by drinking alcohol that he mistakenly believed was water, but it later turns out to be alcohol mixed with water for sterilization purposes inside the cell, as protection against the Coronavirus epidemic. Shadi was imprisoned for having directed a video for the satirical song “Balha”, a satirical take on Sissi’s rule. He and all those who proved to be connected to that song were imprisoned.

According to human rights organizations, 60,000 detainees are subjected to various kinds of humiliation and torture in Egypt, including those who died behind bars. All calls and revisions, whether for human rights or the fear of spreading the Coronavirus epidemic among detainees, have failed to release them, but the presidential “amnesty” included professional murderers and the billionaire abettor.

It is an unprecedented crushing of the most elementary standards of justice and the idea of citizenship.

The new regime’s stability has cost thousands of deaths and injuries, thousands of detainees, closed thousands of links and civil society activities, and limited freedom of speech, objection, and organization. A citizen is a traitor if he does not show loyalty to the president, the army, the police and now to the “Choice” TV series…

Only separation from reality makes millions obsess over an Egyptian officer’s TV drama championships, while dullness and silence dominate the reaction towards releasing a hitman from prison. 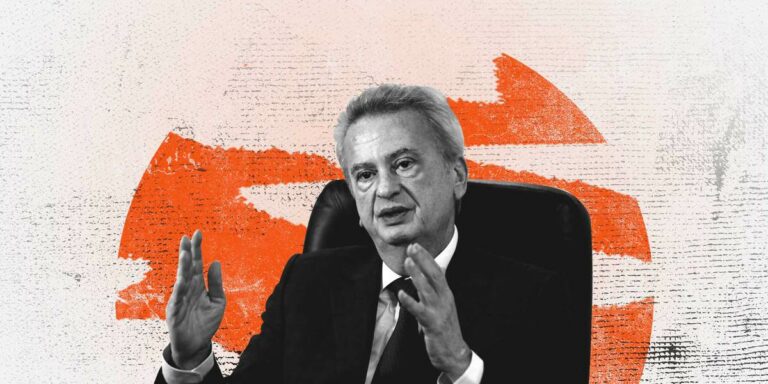 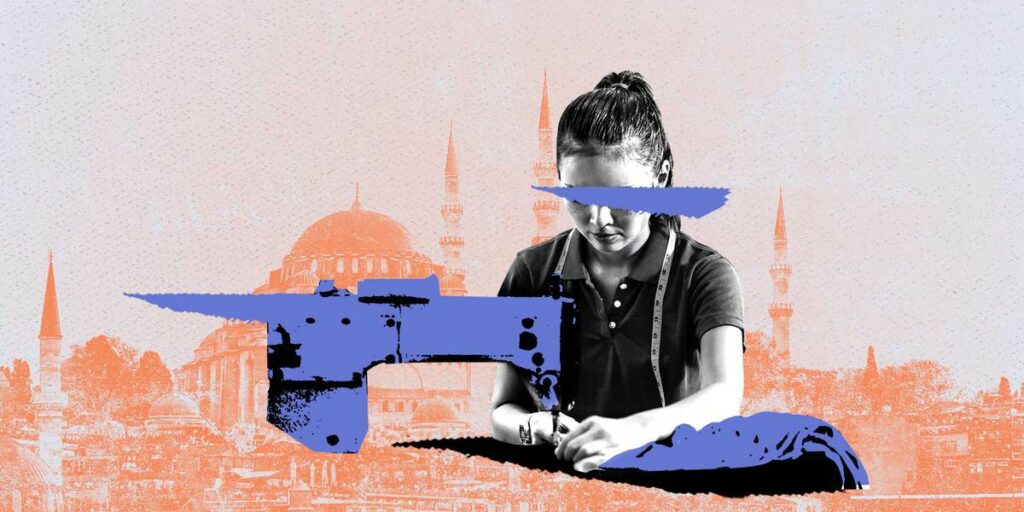