Tony Khalifeh Completes the Assault of the Syrian Child… 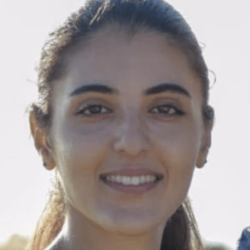 Deleting the video did not come about as the result of a sudden awakening, but rather because of the confrontation between public opinion and the media, so it tried to clear itself after it was put under the fire. It is now necessary for the media to reconsider its role in society.

When all eyes were on the recently leaked video of the sexual assault of a Syrian child, the Lebanese Media rushed to have its share. Instead of playing a professional role in shedding light on such a horrible crime, the Lebanese media sought sensationalism instead, to steal the spotlight. The first part of an episode presented by the well-known television host “Tony Khalifeh” was promoted with the title: “The first interview with the raped Syrian child and his mother” … needless to say the episode lacked the same amount of morality and decency as its title.

In this article, we will shed light on some of the disastrous mistakes that violated the child and his mother’s rights during the interview, which was conducted by the journalist Zahraa Fardoun. The way they addressed and titled the topic they would be discussing on the episode was aimed at boosting the show’s popularity and its host’s fame, at the expense of a child who was sexually assaulted. The title of the episode can be said to have increased the psychological violation that had resulted from the traumatic event in itself. On the show’s first episode, the child was turned into a marketing tool, used to pique the audience’s curiosity and to increase traffic on the show’s Instagram account. Normally, when the audience hears the phrase “first appearance”, a child who suffered the worst of sexual violations isn’t the first thing that comes to mind. We are used to hearing about the first appearance of an artist, a politician who returned from exile, or a runner who returned from the Atacama Desert after a 150 Km race, for example.

It’s a shame that we have to reiterate what was said in this article but it is part of our quest to urge the media to right its wrongs. The first problem appeared when the aforementioned journalist asked the mother “why didn’t you try to uncover the reason why this happened to your son?” Asking about the reason in this case does not only make light of the pain experienced by the victim, but also paints them as guilty and places them under an investigational light. Rape, or sexual assault, to be more accurate, does not need a reason or a justification for what the rapist does. Even if this was not the intention of the journalist, addressing the mother with this question is still incredibly problematic, particularly because the mother is also a victim of the “sexual assault”, in a society that lacks basic sex education, and where the victim is forced to live surrounded by fear and shame lest he be stigmatized.

Second, Zahraa confidently states during the episode that “A Father never forgets his children”, and repeated this statement emphasizing her belief several times, while the mother had previously confirmed that she had been abandoned by her husband and father of her children for years. The journalist repeated her statement once again, when the child said in a choked voice that his father has never checked on him and that he does not want to see him, and that if he ever came back “he would not like what I will do [to him]”. There are so many flaws with the dominant belief that assumes that all parents are perfect, that fathers are never mistaken no matter what, and if they were, then they had meant no harm. Parents can have children, but that does not necessarily mean that they will bring them up properly. Likewise, the journalism profession should not allow professionals to interfere in the private lives of those they interview in this manner. Zahraa has no idea that when a parent abandons their children, the children feel rejected and marginalized, and they lose their self-confidence, so she should not be standing up for the father even if she believes she is right. She is in front of a child who is obviously suffering from a double psychological trauma, and this justification for the father makes the child feel like he does not deserve care and attention, and that is why he was abandoned in the first place.

Third, the journalist abused her authority, and worse, put herself on top of a high horse amidst the obvious lack of balanced power dynamics, and was swept by her desire to come up with the “ultimate scoop”; This was particularly obvious when she said: “You have me puzzled. I want to search for your husband and find him”. It seemed as though she wanted to search for a new scoop, one through which she can further disclose familial secrets and make successive on-air episodes about the matter, new material to entertain her audience. As we know, “scandals” are the best way to hook an audience onto a particular news show. Journalists are not saviors, and they need to stop pretending that they can offer people salvation;  they should take into account being courteous when speaking to their interviewees, regardless of their educational level, standard of living, and other cultural factors. The way this journalist spoke lacked empathy, and painted her more like a detective, a social reformer, and a preacher.

Fourth, the journalist kept repeating the words “rapist” and “rape victim” again and again when she would ask the mother about what she wants to say to her husband, regarding their child, who is a victim of rape. In terms of privacy, the journalist’s role, as demanded by the ethics of the profession, is to help the mother who was in pain and distress to preserve her privacy. Media should not be a platform used for begging or to fabricate fake peace between families. On one hand, I understand that using the term “rape victim” emphasizes the enormity and violence of the act, however, it should be used in a context that respects the feelings of the victim of sexual assault. There’s two obvious reasons for this: first, using this word dehumanizes the person and eliminates their identity, who were they before this crime happened to them? This reductionism makes the abused feel like they are nothing but a victim, and that it is not important to know what they like, who they are and what their strengths are. Repeating this word in front of the abused makes them feel like they will always be “a victim of rape” and there is no other way for them to be treated.

Fifth, the proper way to address this issue isn’t interviewing the physically abused child and his mother, but could have been addressed in an extensive manner that focuses on sexual abuse cases in general and points out society’s role in deterring these pathological acts. As the non-therapeutic interview with the child does not do any good when less than two weeks have passed since the crime was exposed. This means that the interview by a non-specialist does not imply any kind of positive emotional venting, but rather may lead to significant complications, for example, the child might not recount the incident again to the therapist or express his feelings again in detail. The interview thus becomes a negative factor through violating privacy and forcing the child to evoke emotions which he is unable to comprehend at the wrong time. Thus, how could the interview be filmed and aired for everyone to watch? In other words, the child, who is already experiencing conflicting feelings, is placed in a situation that increases the severity of his stress, and he can say or do anything unfathomable or unexpected.

Moreover, the report began with clips from the uploaded video documenting the assault. The video, which recently went viral, should not have been played, especially since the child’s relatives and friends were also there to watch it! Covering some scenes and cutting off some of the footage from the video are not enough to save the child from reliving the traumatic event as it plays directly in front of him and to the thousands watching the episode. The interview has been deleted from YouTube within hours of its publishing, but this sudden awakening to it’s horridness remains incomplete, as wiping out the trauma it caused to the mother and her child is in no way possible. It may not be an awakening in a tacit sense, as what is done is done and the crisis has already intensified. If the media even admitted its mistakes, it would not have withdrawn without an explanation.

This episode raises many moral questions about the social responsibility of the media and its ability to assume such a responsibility. The media experiences that we have witnessed in Lebanon are elusive, especially when considering that the media figure has always had a weird sense of immunity derived from his/her years of experience in this profession, and the fame they’ve accumulated, assisting them in presenting controversial and provocative issues, and success in attracting advertisers. It seems like accountability becomes impossible in this case.

This time the difference was in the presentation technique, as it was launched on the social media platform “Instagram” through the live video feature for the first time, according to what Khalifeh has stated. This may be either to seek a new audience, due to the media’s desire to penetrate both the small and large screens, in line with the number of employees whose work hours have been decreased in conjunction with cuts in their salaries, or for other unknown reasons. All of this can be interpreted in various ways or reconsidered, but what cannot be undone is the fact that the Lebanese media is ultimately fragile in the way it presents and addresses these issues. If the media has the power to form a public opinion, this does not mean that it has the ability to give precedence to its points of view, close its ears to other opinions, and disregard professional ethics.

Public opinion is no longer merely associated with the big screen, in the presence of alternative platforms that have brought down traditional media’s monopoly of power. It is unequivocal that traditional media today has deliberately expanded its framework in order to be active on social media, because it knows the extent of its impact, especially after internet users have imposed the use of social media everywhere nowadays. All these explanations lead in one direction: Deleting the video did not come about as the result of a sudden awakening, but rather because of the confrontation between public opinion and the media, so it tried to clear itself after it was put under the fire.

There is a pressing need for the media to reconsider its social mission. This reconsideration is not limited only to the content it pushes, its approach to addressing issues and their presentation, but goes beyond these factors towards the personality of the media figure and their style in the deliverance of news. The media in itself should not be turned into a tool that solely reflects the media figure’s  beliefs, perspective, and cultural gaps; this is not the case right now as media figures repeatedly expose their personal views to the public in an undisciplined manner, so much so that reactions to these views frequently overshadow the main issues or news items they are trying to present. In that endeavor of reconsideration, the image of the “model” media figure, the one that some “superficial” people might identify with to the extent that their generalized behavior becomes a phenomenon, should be avoided.