Syria: Call for Polygamy is a Plea for Legal Human Trafficking 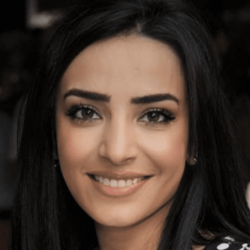 The Polygamy Association in Azaz is further proof of the dangers for Syrian women and illustrates the absurdity the country is facing when it comes to social and political change. As if development and a decent life start with women bargaining over being a second, third or fourth wife.

Over a period of ten years the Syrian conflict has shown that many women suffer from a lack of independence and economic empowerment in order to protect themselves. Society has convinced these women since childhood that the man is the breadwinner and that they should live their lives with him. But no one told them what to do if they suddenly lost that man.

Here the destructive effects of patriarchy become apparent. Thousands of women have lost their husbands in the war, were left without a breadwinner, without work, without a profession, often without even the ability to start a small business. Women with nothing face the biggest economic crisis in Syria.

Polygamy the Only Solution?

Every day the hardline Syrian opposition presents us with new ways to enslave women, but the recently established Polygamy Association in Azaz takes it to another level, offering further evidence of the dangers Syrian women are exposed to and illustrating the absurdity the country is facing when it comes to social and political change. As if progress and development start with women bargaining over a decent life by being a second, third or fourth wife.

The patriarchy subjugates women through the weaknesses it previously planted in them, by excluding them from education, markets and a working life.

How will the husband be able to support more than one woman and give them a decent life amidst the economic crisis that afflicts the country from north to south?

If we ask who funds the association, we could discern another aspect of colonialism. Turkey is controlling the Azaz region and is generally first among the financiers of such associations. When a country wants to extend its influence, it must control society by spreading a hostile culture. No colonial projects succeeds completely if it does not dominate women first.

Other than Sharia law, which has become a flimsy argument in the defense of women, can they not be helped in finding ways other than polygamy to live in dignity?

Teaching them a profession through courses or helping them with loans to start small projects, especially since the Polygamy Association has announced the availability of financial aid. In fact, there are dozens of solutions that can protect women and offer them financial independence to maintain their families and children, other than polygamy.

“Intellectuals of the Second and Third Wife”

On its Facebook page the Polygamy Association claims it was founded with a license from the local council in the city of Azaz. With the flags of the Syrian revolution, it expressed its political orientation.

However, several sources denied the association was licensed yet. Sources within the association said they are in fact still seeking a license and said the upcoming inauguration will clarify who the association’s members and what its vision and goals are. The problem is not just the emergence of this association, but also the fact that a group of so called intellectuals are the ones who founded it and lead it.

It seems to delegitimize the use of the term educated, as those same intellectuals called for a Taliban-like rule and are the ones reinforcing discrimination against women and minorities every day. So, the first disaster really is the kind people behind the change, the change that begins with the Polygamy Association.

Through a statement published on its Facebook page, the association claims to represents thinkers and success stories that have contributed to the renaissance of the nation with its freedom and democracy!

How can democracy be created when we tell single women that marriage and polygamy are the solution for a life in dignity? Give your body and you will have food and decency!

In a statement published by Oqba to counter the wave of rejection the Polygamy Association has met, Ahlam Al-Saud, the director of the association, states that family is the first cell of society.

Thus, she ignores and excludes the individual at the expense of the family. The widow, single or divorced woman apparently does not exist outside marriage. What if these “intellectuals” thought about strengthening the individual before the family?

The Devastating Effects of Polygamy

The association wants to give women the right to marry and build a family, but it does not mention the right of women to education, work, and shaping their own destiny, and enacting laws that protect them from harassment, violence, rape and honor crimes.

The association presents a different vision this time. Contrary to previous calls to allow for polygamy, the association wants to educate women to push them to accept marriage. What the association really seeks is to domesticate women and subjugate them according to their logic.

We are facing a new type of domesticating women disguised under such civilized terms as association, awareness and advancement of the nation. As if women have to submit for the nation to rise.

The perpetrators of rape and murders of women and girls are generally found among husbands and family men.

What’s more, an article published by Syrian scientists who researched the effects of polygamy on women and children shows that the association’s assumed goal of polygamy is nothing but an illusion and flimsy cover.  Nine of the women who entered this type of marriage were subjected to psychological abuse, while five were subjected to physical, economic and sexual abuse.

The focal point of the article is the negative impact this type of marriage has on the development of children, especially the boys. Due to the absence of the father, they suffer from a diminished sense of security, trust problems and poor academic performances.

All of the above illustrates the catastrophic consequences of encouraging polygamy on children and families, contrary to what its supporters claim. Did the association’s founders review such statistics and studies before starting their legalized women trafficking business in the name of morals?

Many women today may find themselves in a situation unable to reject what appears to be an opportunity. But the solution lies in the solidarity between women in rejecting this kind of domestication and polygamy. Survival does not lie in entering a new tragedy, but in ending tragedies. 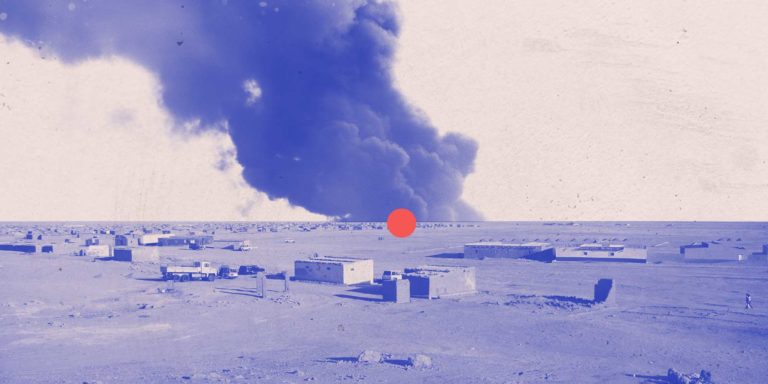