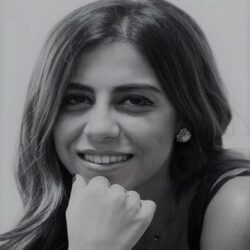 What’s new today is that racist logic has reached new heights. Some are trying to imply that Syrians, particularly refugees, are more likely to be infected than Lebanese citizens.

“Syrians have the right to go out only between 9 and 11 am”. This is what a policeman from the municipality in Ebrine (an area in the North of Lebanon) told Hussein, a young Syrian man, when he stopped him while he was returning from his family’s home to his own. But things did not stop here at this discriminatory curfew, but escalated further as Hussein who has been residing in Lebanon since 2004 and working in one of the companies tells Daraj.

“At three thirty in the afternoon of March 25, I had to go to my parent’s house, not more than 5 minutes from my house, because I needed money, due to the current circumstances and the general mobilizations due to the “Corona” outbreak.”

“On the way back, the municipality policeman stopped me, asked me where I’d been, and told me that it was forbidden for Syrians to wander except for between 9am and 11am before noon,” Hussein continues. “I tried to explain to him that I had to go out, but he didn’t stop. Instead, he asked me to stop the car and asked for its papers. When I objected, he slapped me forcefully on my face. I raised my windshield so that he couldn’t hit anymore but then he tried to open the door and when it didn’t work, he broke the handle. I was afraid, so I ran away; I went home and parked the car and went up to the roof to hide. He followed me and threatened my wife that he would burn my car if I didn’t show up.”

“When I came down from the roof, the police started beating me violently. I tried to explain that I ran to the roof to avoid escalating the problem, but all I got was another slap from the policeman”, added Hussein.

In the end, Hussein was told to leave his home and Erbine itself within an hour, so he resorted to his sister who lives with her family in a one-room house. One can imagine what it means for 2 families (6 members each) to live in one room, during the spread of coronavirus. Hussein is now homeless, without housing or shelter, because one policeman considered that he could control people’s fates, and determine their hours of mobility according to their nationalities or his mood.

One of Hussein’s neighbors in Ebrine, who witnessed the incident, said that what happened was horrific and unbelievable, stressing that the young man is a good man and has been living in the area peacefully for a long time, and never bothered anyone, expressing shock by the way the police treated him and his family.

“When I came down from the roof, the police started beating me violently. I tried to explain that I ran to  the roof to avoid escalating the problem, but all I got was another slap from the policeman.”

As for the arbitrary curfew imposed by the policeman, or perhaps by the Ebrine municipality through their ‘High Commissioner’ (the policeman), it is a racial measure, to say the least, and definitely contradicts the decision of the Council of Ministers, which determined the curfew hours to be between 7 pm and 5 am, without specifying between a Syrian and a Lebanese. Did the Cabinet avoid explicitly referring to the distinction between the nationalities of the transit, so that they may leave it up to local authorities to exercise the discriminatory discourse adopted by a large part of the people in authority against the refugees?

It is the same logic that previously held the refugees responsible for the decline in the economy, the destruction of the environment and the deterioration of electricity, which are of course arguments are not connected to facts, figures and statistics, but it is the rhetoric adopted by a wide segment of politicians to justify political and economic failure, which was clearly revealed in the October 17 uprising.

What’s new today is that racist logic has reached new heights. Some are trying to imply that Syrians, particularly refugees, are more likely to be infected than Lebanese citizens.

Added to the logic is the dangerous behavior of security officers who strike, threaten and abolish people, so what is the legal authority granted to a policeman that makes him entitled to stop the car and beat or threaten people in their homes, with the support of his administration and friends??

Hussein is now heading to file a complaint to demand compensation, after he was beaten, insulted and expelled from his home with his family, hoping that the complaint would not be subject to the same racial and discriminatory discourse. Daraj will not reveal Hussein and the policeman names for safety reasons, and to preserve Hussein’s right to justice.

What happened with Hussein may be happening in other regions and neighborhoods, as there are those who would not abandon their racism even when their lives, safety and futures are jeopardized by a disease that does not have mercy on anyone.

It is the same logic that previously held the refugees responsible for the decline in the economy, the destruction of the environment and the deterioration of electricity, which are of course arguments are not connected to facts, figures and statistics.

It goes without saying that every person, regardless of nationality or race, has the right to move and live in safety, to get access to food and medicine; But in Lebanon, there are some who do not miss the occasion to remind us of a series of discriminatory and racist measures and actions that are being adopted.

Despite the fact that they are unconstitutional, many municipalities in Lebanon still adopt measures prohibiting the movement of Syrian residents there, and other practices such as arbitrarily preventing them from working or living in certain places in an unjust manner. They do this despite all international reports and condemnations.They seem to have great backup from prominent figures in authority that bless such practices.

The story of Hussein mirrors many others occurring now while we are in queues at home, awaiting to know whether we survive or die; Sahar Mandour, the Amnesty International researcher specialized in Lebanese affairs, explains that under normal circumstances, before coronavirus, Syrians, especially refugees, were subjected to several forms of discrimination, at the levels of official papers and harassment, as well as violating their rights by forcible returns to Syria. With the arrival of “Corona” and the panic that accompanies it, we see an escalation of discrimination against the most vulnerable and weakeast groups. Perhaps the Syrian refugees are the most vulnerable, especially with a large number of them residing in camps in difficult and unprepared conditions, so imagine what it’s like now with Corona?

In this context, Mandour calls on the international community to support the NGOs that help the Syrian refugees in Lebanon, and grant them the right to medical care and safe residence in such difficult circumstances, as well as condemn all forms of discrimination and hate speech against them, including arbitrary curfew, stressing that the economic situation in Lebanon does not justify the abuse of more vulnerable categories. The state has to be responsible for their safety. The panic accompanying the spread of coronavirus may lead some people to justify violent and racist behavior, under pretext of fear, terror or rumors.