Beirut’s Explosion: The Curse and Accountability 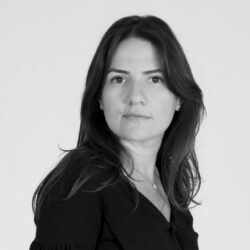 In their capacity as the governing authority by force of arms, Hezbollah bears the major responsibility for the Beirut blast, but this never absolves those who turned a blind eye to the equation that brought him to power in the first place.

For the Lebanese, to go to sleep on scenes of mothers, fathers, and sons searching for their loved ones among the ruins of their crisis-stricken city and its charred hospitals, to wake up to the horrific scenes of the total devastation that left no one behind, to fear the air they breathe. To be alarmed of the thought of inevitable famine looming at the horizon. To behold their dreams shattered, and to look into their children’s eyes seeking a sense of assurance.

To never expect a responsible attitude from any officials that could quell their fears or answer their questions.

It is a cursed city… as many of Beirut residents commented on the gravity their city had witnessed. However, the curse here has names and faces. What destroyed Beirut this time was not an earthquake or some natural disaster, but rather a criminal political authority with an insatiable appetite that never had enough of violence or blood over decades.

Yet, the analyses began from the earliest moments of the blast, before even gathering the dead bodies from the roads.

The initial information conjured up memories of the vicious cycle of assassinations and talked about the targeting of Saad Hariri and Beit al-Wasat, but this scenario did not last more than a few minutes.

Many in the city are talking about the buzzing sound of a plane before the first explosion, which was soon followed by a massive blast that its shockwaves were felt in Cyprus, and its strength reached 4.5 degrees on the Richter scale, according to the Jordanian research centers.

The port blast is just a case in point: money laundering, smuggling, corrupt deals, political authority sharing illicit gains, crippled justice, and complicit security apparatus… but then also, there’s us. Everyone accepted to be blackmailed by a bunch of warlords and gangsters. This is our curse and it will remain for as long as this regime remains in power.

The first scenario and the one that resonates with the memory of the city and its people’s awareness is that an Israeli aircraft targeted the Hezbollah arms warehouse in the port.

The mere thought of dealing with such a scenario as possible is very striking.

The mere thought of accepting the probability of an unofficial arms warehouse existing in the port of Beirut, in the front of the state’s eyes, and meters away from the silos of the wheat and flour from which all Lebanese feed, is catastrophic per se.

The barbarism of Israel and its ability to kill the innocent and destroy cities over the head of its people is a foregone conclusion. The July War and war crimes committed are still engraved in our memory. But for us to accept the presence of those among us who rule us and those who give Israel such a pretext is, in itself, our tragedy that we daily experience.

As the hours passed, new information was revealed. The much ado about the explosives in the warehouse No. 12, turned out to be more than 2700 tons of ammonium nitrate that was stored in the port, pending a decision in a case open since 2013.

In this case, the tragedy is much graver, and the crime is much worse.

More than 2700 tons of highly-explosive materials were neglected for years after being confiscated from a Moldovan-flagged ship coming from Georgia, which had technical problems that shifted its original destination which was Mozambique, to the warehouse no. 12 in the port of Beirut.

How could such a case of this magnitude be swept under the carpet for so long and why? Who is the beneficiary? Has ignorance really doomed us, after the politics had deprived us of the minimum basics of our security!

Could the blast be really due to maintenance works trying to bridge a hole in a door to prevent theft? Admittedly, we have no confidence in any information that comes from any party in the authority. Furthermore, independent experts regard this possibility as unlikely.

The explosives require a detonator or a burning fuse to explode. It does not explode by itself. While talks about humid conditions or a short circuit are pure ignorance, according to several explosive experts.

In their comments on the blast scene, international bomb experts said that the color of the smoke and the fungiform shape it took is reminiscent of the images of the nuclear bombs in Hiroshima and Nagasaki, and suggested the presence of other materials, including enriched uranium. While many suggested it was a missile strike, and others compared the explosion to the one that took place in Toulouse, southern France in 2001, in one of the sheds affiliated to the Total group.

It is noteworthy that the Toulouse explosion caused 30 deaths, and more than 2500 injuries, and was deemed to be the biggest non-nuclear explosion since the Second World War. The weight of the explosives was estimated then to be between 20 to 30 tons, about 100 times less than those explosives that caused the Beirut blast.

In addition to the human losses, the damages that resulted from the Toulouse explosion were estimated to be more than one and a half billion euros and were followed by a trial that took years, as was first thought to be a terror act but turned out to be an accident.

In the Lebanese situation, it will not take years, and the findings of the investigation conducted by a committee appointed by the illegal authority will not be trusted.

There may be voices calling for an international investigation, but we no longer have the ability to wait for an outside justice.

What happened was not an accident nor caused by a natural catastrophe. Those who are investigating the explosion today are the same people responsible for it in the first place. Any investigation carried out by any committee in the world will not absolve all those at the helm from their responsibilities along with those who ruled over the past three decades.

Whoever paved the way to this violation of our security, air, food, houses, heritage, the dignity of our people, and the future of our children. Everyone is guilty until proven otherwise.

Whether the blast was due to Israeli aggression, or just a spark by the maintenance works, the crime is known and the perpetrator is a system we can no longer live with. The survival of this system means our doom. A slow death doomed us in our homes after our dignity was broken at the banks’ doors.

In his capacity as the governing authority by force of arms, Hezbollah bears the major responsibility for the Beirut blast, but this never absolves those who turned a blind eye to the equation that brought him to power in the first place. Indeed. The port blast is just a case in point: money laundering, smuggling, corrupt deals, political authority sharing illicit gains, crippled justice, and complicit security apparatus… but also there us. Everyone accepted to be blackmailed by a bunch of warlords and gangsters. This is our curse and it remains for as long as this regime remains in power.