Iraq: One Third of Marriages End in Divorce or Separation

“Suddenly, there was a newfound openness. People entered the era of the Internet, satellite channels and smartphones. Iraqi women began looking at the experiences of women in other parts of the world and tried to construct a new modern image for themselves. But this ran into a wall of tribal structures and the general misunderstanding of religion that has been there for centuries.”

After eight years of constant quarreling with a husband “indifferent to her existence and needs,” Shirine, a university teacher in her forties, decided to go to court to request for separation.

“I couldn’t ‘stand it anymore,” she said, adjusting the long white headscarf hanging over her black clothes. “People around me say there is not much life left. But I decided to stop playing the role of the sacrificial maid. I decided not to remain a prisoner of my own suffering for society’s sake.”

The lawyer assigned to follow up on her case is working on five other divorce cases, which he received in a period of two weeks. This includes four socially marginalized women without a job and no breadwinner. Only one is financially independent and will not suffer economically. The five women are between 20 and 36 years of age.

Statistics of the Iraqi Supreme Judicial Council show a significant increase in the number of divorce cases registered inside and outside the courts by mid-2021. The divorce rate reached about 30 percent, which reveals significant changes in the makeup of the Iraqi family, and a legal system that lacks in protecting women and children .

In August and September 2021, Iraq recorded 39,394 marriages and 11,442 divorces and separations. The most in Iraq’s history, which researchers link to changed economic and social conditions, in addition to the patriarchal system and the absence of unbiased laws that protect and not marginalize women.

“After twenty years of incompatible marriage, and four children growing up in the shadow of my husband’s selfishness and cruelty, I don’t remember one week passing with happiness and tranquility.,” said Shirine. “I endured the bitterness of living with him, and accepted his neglect of me and the children, to stop people from talking, due to their view on divorce. Until my decision today to separate.”

Professor of Law Bushra Al-Obaidi believed the high divorce rate is an indisputable confirmation of the inequality between Iraqi men and women, especially since man is regarded infallible in a society, “where the man is a god and the woman his servant.”

Obaidi also saw no solution other than a revolution changing the prevailing concepts in society and respecting Article 45 of the Iraqi Constitution which states that “social norms and traditions incompatible with human rights are prohibited. The constitution has been in place since 2005, but Article 45 was never applied, as the rulers of this country are exponents and supporters of the patriarchal thought system.”

From the data of the Iraqi Judicial Council it appears that most divorce cases are settled outside court. According to lawyer Suha Abdullah Iraqi society has no mercy on divorced women.

“That’s why she does the impossible to avoid entering a divorce case and the consequences for her and her children,” she said. “So she will bear abuse, humiliation, betrayal and deprivation.”

Another reason for the high rate of divorce and separation is domestic violence, she said, calling upon parliament to pass the Domestic Violence Law.

“Because then the abuser will think a thousand times before he uses violence,” she said. She added though that enacting laws alone was not enough. It should be accompanied by raising awareness.

In September 2019, the presidency sent the draft Domestic Violence Law to the House of Representatives, but it still awaits approval. Activists and researchers consider it a lifeline for Iraqi families.

According to the Women’s Empowerment Department at the General Secretariat of the Iraqi Council of Ministers, 5,000 cases of violence against women were registered in 2021. However, most cases never reach the department. They are not registered, mainly due to prevailing conservative traditions.

The directorate mentions various forms of violence, such as beatings, abuse and sexual assault, which at times pushes the victim to commit suicide. By September last year, 10 murders, 41 suicides, 45 arson cases and 77 sexual assaults were registered.

The divorce rate in Kurdistan reached 25 percent in 2019, and is likely to have risen further since. The rate in Sulaymaniyah was over 30 percent. In Dohuk and Erbil it was 14 percent and 28 percent respectively.

The spokesman for the Directorate of Combating Violence against Women in Sulaymaniyah, Lt. Col. Hewa Karim, believed political and economic conditions have had a significant impact, in addition to problems created by social networking sites. He called for giving young people, who are about to get married, lessons on marital life.

41-year-old agricultural engineer Lina Mohi El-Din compared divorce for women in Iraq to lifting the immunity of parliamentarians. “Just like lifting immunity makes the representative accountable, divorce turns a woman into a target and exposes her defamation,” she said.

Lina separated from her husband in October 2020. Only three months into their marriage, her husband forced her to leave her job, despite the fact that continuing to work had been a condition for her to accept his marriage proposal.

The issue became verbally and physically violent, forcing her to leave the house and enter judicial litigation, which lasted for many months and ended in separation.

“My name is now that of a divorced woman,” she said. “Society has forgotten me. Everyone, my family, my relatives, my friends, who knew me as Lina, the human being, now know me as Lina the divorced. Everything turns against a divorced woman. She becomes like a stranger in society.”

Kholoud Hashem is a 36-year-old hairdresser in Baghdad. Her husband divorced her outside court in 2015 and left her with four children, the oldest of whom was only nine at the time. She hides her status from people she does not know. “Because many look at me with sick eyes, as soon as they know I am divorced.”

She related how she was harassed several times, as she is a divorced woman. Because of that, she is keen on wearing a wedding ring when she goes out shopping or visits a government department. In 2018, Iraq recorded 73,000 divorce cases. The following year witnessed an increase of 1000 cases. Things worsened with the arrival of the Coronavirus in 2020.

Lawyer Nidal Abd Hussein Saad said the Iraqi state has given divorced women some care by giving them social welfare. But the monthly amount is only 100,000 dinars ($68 dollars). Not enough to provide for her own personal needs, let alone to raise children.

Saad stressed the need to raise the amount and called upon the state to provide moral support to divorced women. He disputed the official number of divorce cases in Iraq. Many marriages and divorces occur in rural areas with a (mullah) contract that is never officially confirmed, in court or registered.

And foreign marriage contracts are not registered until the children reach the school-going age, when the parents are obliged to register the contract and prove parentage to obtain the documents needed to enroll a child in school. Many marriages end in divorce prior to that without ever being registered.

Researchers and staff at the Supreme Judicial Council claimed there are three main reasons behind the increasing Iraqi divorce rate: domestic violence, forced marriages and early marriage. Social researcher Nahla Faraj Hussein believed the woman’s failure to obtain her natural position in society as an active and influential member is the main reason for the high divorce rate.

“She marries at a young age and in many cases without wanting to,” she said. “And then the girl leaves the place of her birth and upbringing for a different place. The matter is worse when the husband proves incapable of taking responsibility.”

Based on her research and experience, she concluded that over 70 percent of divorce cases concern girls between 15 and 30 years of age. Under Iraqi law, girls aged 15 and older are allowed to marry. But many families marry off their daughters outside court below that age.

With the increase in underage marriage, many of which end in divorce, according to lawyers and researchers, the office of the supreme religious authority in Iraq, Ali al-Sistani, issued a statement ruling that underage marriage is not permissible. The statement followed media reports about a fatwa issued by several Shiite clerics allowing sexual intercourse with young girls

“What was issued is a first in the history of Najaf estate,” said civil activist and lawyer Mustafa Nasser. “For the first time Shiites prohibit guardians marrying off minors.”

Some observers believe the Coronavirus, and the closure of society as a result, bear responsibility for the high divorce rate, as it forces couples to stay together at home for long periods of time and often face economic hardship. But others think the roots of the issue go deeper than that and are related to the coups and chaos the country has witnessed since the 2003 invasion.

One of them is writer Lama Bayrak Awad, who described what happened during the last 18 years as “coups in a society,” after it was sealed off between 1991 and 2003 due to the “international siege” imposed following Saddam’s occupation of Kuwait.

“Suddenly, there was a newfound openness,” she said. “People entered the era of the Internet, satellite channels and smartphones. Iraqi women began looking at the experiences of women in other parts of the world and tried to construct a new modern image for themselves. But this ran into a wall of tribal structures and the general misunderstanding of religion that has been there for centuries.”

“In addition, in 2014 and its aftermath, the largest internal displacement occurred in Iraqi history when ISIS took control of a third of the country,” she added. “Until now many of those displaced live in camps.”

All these events and changes led to an increase in underage and unequal marriages, and led to a torrent of divorce cases, not accompanied by an effort to curb the repercussions. Awad accuses the concerned authorities of inaction and inefficiency at the very least.

“And the victim is family cohesion,” she said. “That’s why we live in a broken society that suffers from an incurable disease.”

From the statistics it can be concluded that the Covid pandemic contributed to the increase in divorces, but it was not the main reason, according to researcher Miqdam Ezzedine, warning that Iraqi society is suffering from “a real crisis.”

The last decade has seen a rise in divorce rate, reaching nearly ten cases every hour and nearly 70,000 cases every year. These numbers were not even recorded during the period of international sanctions in the 1990s when poverty spread across the country.

“The population of Iraq was 26 million in 2003,” he said. “Now it is about 40 million. It is only natural that the number of divorce cases today is greater than before. The true crisis lies in the continuation of marital life with the presence of disharmony, quarrels and daily fights that affect the lives and psyche of all parties in the family. And this is what the Iraqi family seems to have started to overcome.”

This report was produced with the support of the Investigative Foundation NIRIJ. 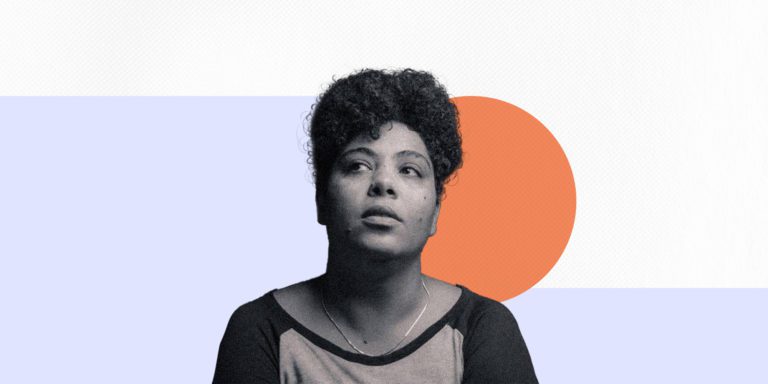